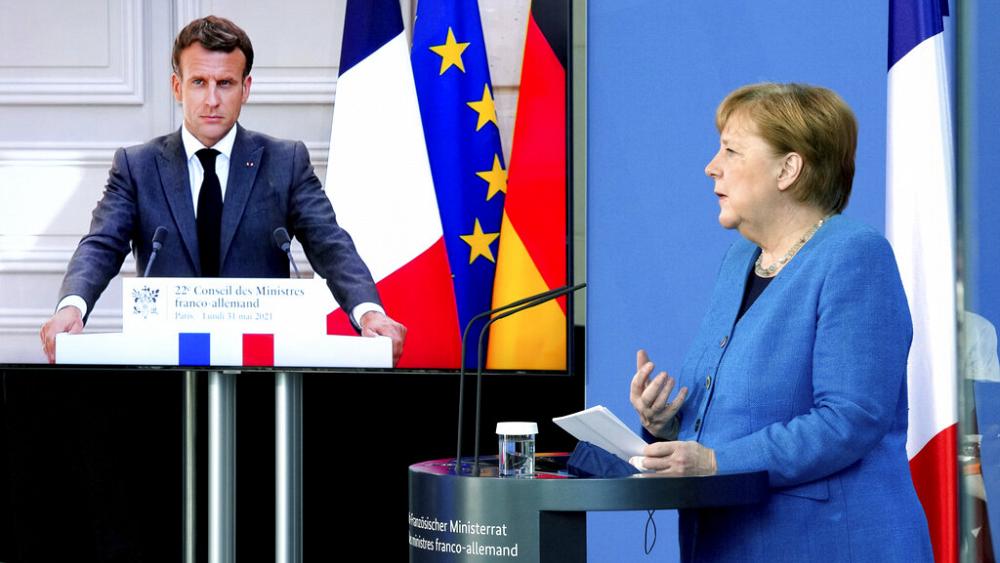 "This is not acceptable between allies, even less so between European allies and partners," Macron said
French President Emmanuel Macron and German Chancellor Angela Merkel demanded explanations from the United States and Denmark on Monday following reports that Danish intelligence services helped Washington to spy on European politicians.

"This is not acceptable between allies, even less so between European allies and partners," Macron said at a Franco-German Council of Ministers. Merkel said she agreed with her French counterpart's remarks.

Merkel was among the officials being eavesdropped on, according to the report.

US whistleblower Edward Snowden first alleged that Washington had tapped Merkel's phone in 2013, a claim that was not outrightly denied by the White House.

The new investigation conducted by DR with several European news outlets claims that the NSA accessed text messages and the phone conversations of a number of other leading politicians.

DR says nine sources with access to classified information have confirmed the report.

Defence Minister Trine Bramsen, who has been on the job since 2019 told DR that "systematic eavesdropping of close allies is unacceptable."

Danish lawmaker Karsten Hoenge of the left-leaning Socialist People’s Party, which is supporting Denmark's Social Democratic government, said on Monday he would quiz the country's defence and justice ministers in parliament about the case.

“The government must explain how come Denmark has been acting as a willing tool for a US intelligence service, and what it will mean for cooperation with Denmark’s neighbouring countries,” he said.

France said earlier on Monday the allegations were "extremely serious" if proven.

"It is extremely serious, we need to see if our partners in the EU, the Danes, have committed errors or faults in their cooperation with American services," France's Europe Minister Clement Beaune told France Info radio.

He said the facts must first "be verified" and then "conclusions drawn in terms of cooperation."

Sweden has also commented on the report with Defense Minister Peter Hulqvistsaying on Sunday: "We would like to get full information and see all the cards on the table in this matter."

The report comes at a critical time for transatlantic cooperation, just two weeks before US President Joe Biden is due to visit Europe for the first time since he took office on the occasion of a G7 summit.
#Angela Merkel  #Joe Biden