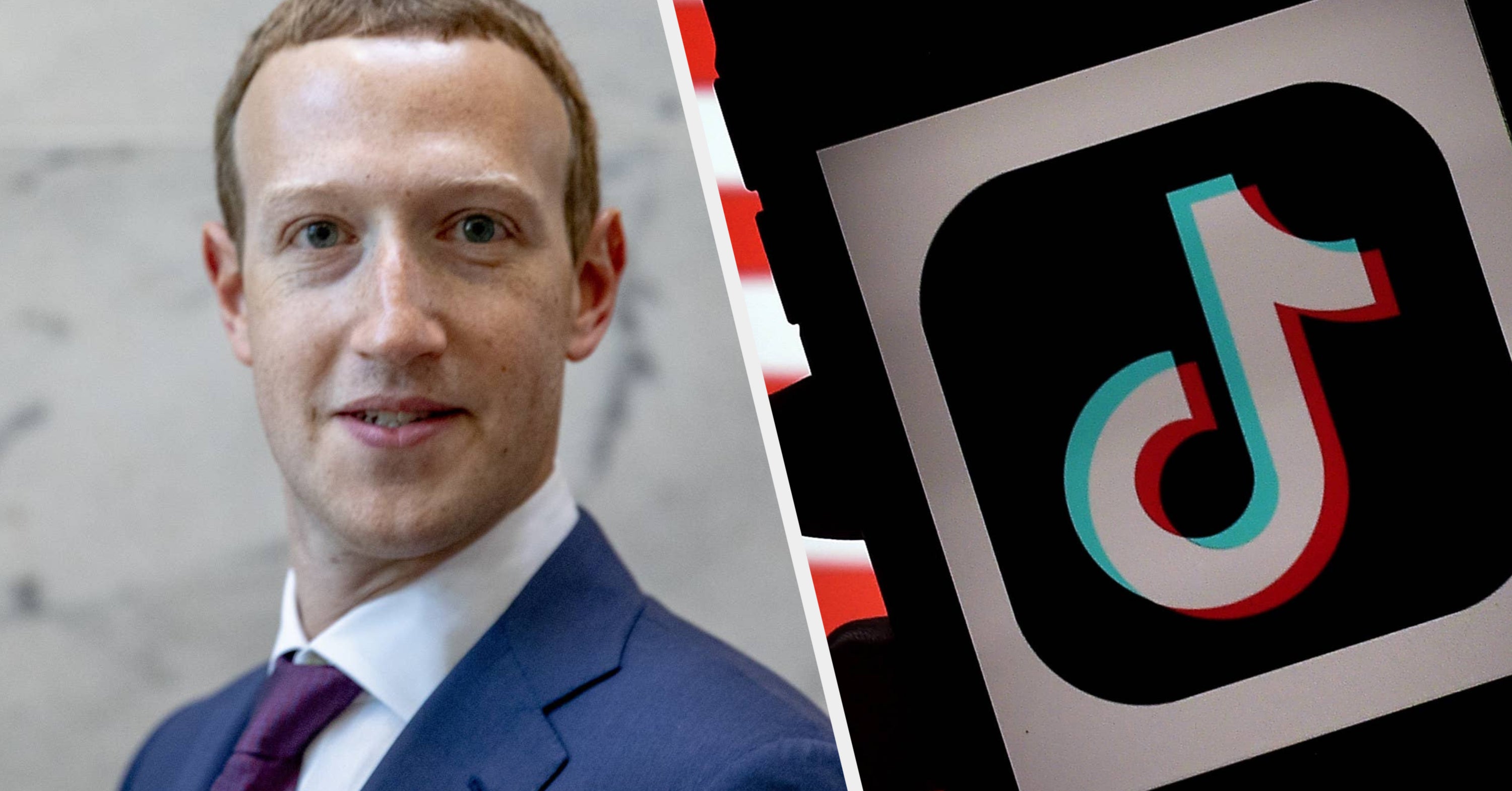 “I certainly think that there are valid national security questions about having an app that has a lot of people’s data that follows the rules of another country, a government that is increasingly is kind of seen as a competitor.”
Facebook CEO Mark Zuckerberg told his employees Thursday that banning TikTok in the United States would set “a really bad long-term precedent.”

Speaking at the social network’s all-hands meeting, the billionaire Facebook founder was asked to address the acquisition talks between TikTok, the popular video app owned by Chinese company ByteDance, and Microsoft. President Donald Trump has threatened to ban the app from the United States unless an acceptable company purchased it. Facebook’s employees wanted to know if their social network was interested in acquiring the short-form video app, which Zuckerberg had previously identified as a competitor.

In his answer, Zuckerberg said he never comments on the company’s merger and acquisition strategy during company-wide meetings, but he did talk about what he called TikTok’s “extraordinary circumstance.”

“I just think it’s a really bad long-term precedent, and that it needs to be handled with the utmost care and gravity whatever the solution is,” Zuckerberg said. “I am really worried…it could very well have long-term consequences in other countries around the world.”

Any deal between ByteDance and Microsoft must conclude before Sept. 15, the date of the Trump administration’s proposed ban.

While Zuckerberg noted that TikTok, banned in India in June, was being hit now, he alluded to the idea that a Facebook product could become a target for another country later. He did, however, sympathize with the Trump administration's national security concerns.

“I certainly think that there are valid national security questions about having an app that has a lot of people’s data that follows the rules of another country, a government that is increasingly is kind of seen as a competitor,” Zuckerberg said.

His comments come after Facebook has all but given up hope of bringing the world’s largest social network to the world's most populous country. While Zuckerberg had spent years wooing President Xi Jinping and the Chinese government to allow Facebook to expand inside the Great Firewall, those attempts have stopped as Zuckerberg aims to cast his company as an American success story to stave off regulators.

As for competition, Zuckerberg, who had previously considered acquiring Musical.ly, TikTok’s predecessor, said a ban on the app would only be moderately beneficial. On Wednesday, Facebook-owned Instagram launched Reels, its TikTok clone, in the United States.

“A lot of people are out there saying that this helps Facebook and my reaction to that is only in the most narrow sense,” he said. “Yes, they are a competitor this year, and this month, next month maybe our engagement will go up. Maybe it will make Reels a little bit easier just to roll out. But you don’t run a company for the next month or the next quarter.”

Zuckerberg’s comments clashed with the company’s past statements about TikTok. In July 2019, during a House Judiciary Committee hearing, a Facebook representative said TikTok was one of its main competitors.

Last month, during a hearing with members of the House antitrust subcommittee, which was also attended by Amazon CEO Jeff Bezos, Apple CEO Tim Cook, and Google CEO Sundar Pichai, Zuckerberg held up TikTok as a reason why Facebook didn’t have a monopoly on social networking.