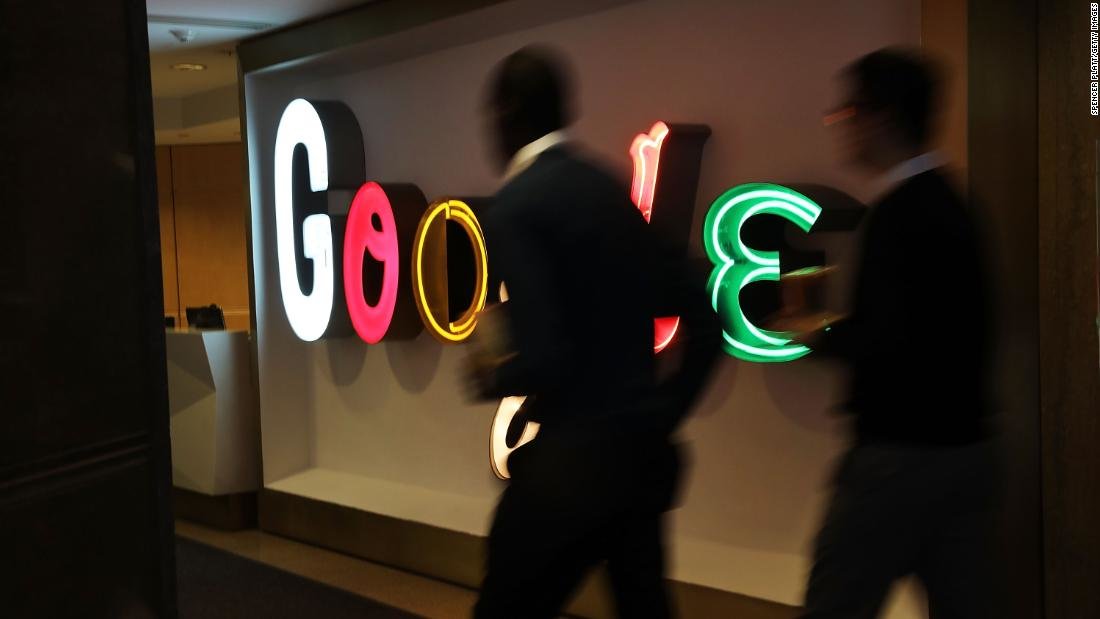 Me3: Larry Page steps down as CEO of Alphabet, Sundar Pichai to take over, Sergey Brin will also step down as president of Alphabet

In light -or shadow- of growing and ongoing protest inside Google's employees against serial sex abuse, tax evasion, and Google supporting technologies against human rights - the 2 legendary founders stepped down from their formal role. Both Page and Brin still have controlling voting shares of the company, for now, ensuring the new CEO may still be limited by the company’s founders.

It has been few weeks of unrest at Google and it's newly mother company Alphabet.

Google's internal critics have targeted a growing list of concerns in recent years, ranging from its handling of serial sexual misconduct allegations -from top to C level- to its business dealings with intelligence agencies and military operations against human rights and developing weapons that can easily kill innocent people. Workers have also questioned Google over a secret project, now shuttered, to develop a censored search engine built to satisfy China, serial tax evasion policy, bribing the legal system using an army of "lobbyists" and other benefits, and manipulating search results to act against the best interest of Google users.

But the tension between employees and management appears to be reaching a breaking point. On last Monday, Google dismissed several outspoken loyal and talented workers in an internal announcement for "allegedly violating its data-security policies" (exposing controversial google activities). Now some employees are accusing Google of trying to suppress its critics. The board of Google's parent company, Alphabet, is looking into the company's handling of serial sexual-misconduct allegations. It has formed a special committee to look into the matter and has hired an outside law firm to help with the investigation. More Tax evasion cases are getting closer to the top, and a long list of Google sex abuse cases getting more and more publicity despite the power of google to censor such information from the public.

However, it might be just an happy ending of a successful and extremely talented Russian entrepreneurs that changed the way the world is using the internet for good.

Alphabet CEO Larry Page announced Tuesday that he will step down from the position. Google CEO Sundar Pichai will take over as CEO of the parent company in addition to his current role. Co-founder Sergey Brin will also step down as president of Alphabet and the role will be eliminated.

Alphabet’s stock was up as much as 0.8% after hours, as it relaxes huge concerns that insiders had upon the accumulated problems and the general situation.

“With Alphabet now well-established, and Google and the Other Bets operating effectively as independent companies, it’s the natural time to simplify our management structure,” Page and Brin wrote in a blog post announcing the change. “We’ve never been ones to hold on to management roles when we think there’s a better way to run the company. And Alphabet and Google no longer need two CEOs and a President.”

Page became CEO of Alphabet in 2015 when Google reorganized to form the new parent company to oversee its “Other Bets” outside of its main search and digital ads businesses. Page had previously served as CEO of Google. Under the new structure, Pichai became CEO of Google after effectively running much of the business as Page had taken a step back to focus on big picture endeavors. Pichai had previously led Android and Chrome at the company.

Both Page and Brin will remain “actively involved” as members of Alphabet’s board, according to the letter. The co-founders still have controlling voting shares of the company. Page holds about 5.8% of Alphabet shares, Brin controls about 5.6% and Pichai holds about 0.1%, ensuring the new CEO may still be challenged by the company’s founders. Google said its voting structure is not changing in light of the announcement.

Alphabet may need to lean more heavily on its other bets, which include companies like Waymo and Verily, as its core digital advertising business run by Google shows signs of slowing down. Google showed slowing ad revenue in its first quarter of 2019 and lower profit compared to the previous year during the third quarter. The company has still struggled to generate significant revenue in hardware, although its cloud business is growing.

Page and Pichai have overseen the company during a tumultuous few years as Google employees have voiced their discontent with company policies. Thousands of Google employees walked out of offices around the world last year to protest a $90 million exit package Google reportedly paid to former Android leader Andy Rubin despite finding sexual misconduct claims against him to be credible, a New York Times investigation revealed. Alphabet’s board has opened an investigation into how executives have handled claims of sexual misconduct, CNBC reported last month.

Google has been forced to back off of certain projects have pushback from employees. In 2018, Google’s cloud chief at the time said the company would not renew its contract with the Department of Defense after it was set to expire in March 2019. The decision followed a petition signed by thousands of employees urging Pichai to keep Google out of the “business of war.” Google employees have also urged the company to back off its plans to build a censored search engine for China after The Intercept reported on the plans cryptically called Project Dragonfly.

More recently, a group of former Google employees known as the “Thanksgiving Four” have claimed their pre-holiday dismissal amounted to retaliation for their attempts to organize workers. The former employees have promised to file charges with the National Labor Relations Board, claiming unfair labor practices. Google denies any retaliation and has insisted the workers were let go for sharing confidential documents and breaching security.

Here is the full letter from Page and Brin:

“Google is not a conventional company. We do not intend to become one. Throughout Google’s evolution as a privately held company, we have managed Google differently. We have also emphasized an atmosphere of creativity and challenge, which has helped us provide unbiased, accurate and free access to information for those who rely on us around the world.”

We believe those central tenets are still true today. The company is not conventional and continues to make ambitious bets on new technology, especially with our Alphabet structure. Creativity and challenge remain as ever-present as before, if not more so, and are increasingly applied to a variety of fields such as machine learning, energy efficiency and transportation. Nonetheless, Google’s core service—providing unbiased, accurate, and free access to information—remains at the heart of the company.

However, since we wrote our first founders’ letter, the company has evolved and matured. Within Google, there are all the popular consumer services that followed Search, such as Maps, Photos, and YouTube; a global ecosystem of devices powered by our Android and Chrome platforms, including our own Made by Google devices; Google Cloud, including GCP and G Suite; and of course a base of fundamental technologies around machine learning, cloud computing, and software engineering. It’s an honor that billions of people have chosen to make these products central to their lives—this is a trust and responsibility that Google will always work to live up to.

And structurally, the company evolved into Alphabet in 2015. As we said in the Alphabet founding letter in 2015:

“Alphabet is about businesses prospering through strong leaders and independence.”

Since we wrote that, hundreds of Phoenix residents are now being driven around in Waymo cars—many without drivers! Wing became the first drone company to make commercial deliveries to consumers in the U.S. And Verily and Calico are doing important work, through a number of great partnerships with other healthcare companies. Some of our “Other Bets” have their own boards with independent members, and outside investors.

Those are just a few examples of technology companies that we have formed within Alphabet, in addition to investment subsidiaries GV and Capital G, which have supported hundreds more. Together with all of Google’s services, this forms a colorful tapestry of bets in technology across a range of industries—all with the goal of helping people and tackling major challenges.

“Google was born in 1998. If it were a person, it would have started elementary school late last summer (around August 19), and today it would have just about finished the first grade.”

Today, in 2019, if the company was a person, it would be a young adult of 21 and it would be time to leave the roost. While it has been a tremendous privilege to be deeply involved in the day-to-day management of the company for so long, we believe it’s time to assume the role of proud parents—offering advice and love, but not daily nagging!

With Alphabet now well-established, and Google and the Other Bets operating effectively as independent companies, it’s the natural time to simplify our management structure. We’ve never been ones to hold on to management roles when we think there’s a better way to run the company. And Alphabet and Google no longer need two CEOs and a President. Going forward, Sundar will be the CEO of both Google and Alphabet. He will be the executive responsible and accountable for leading Google, and managing Alphabet’s investment in our portfolio of Other Bets. We are deeply committed to Google and Alphabet for the long term, and will remain actively involved as Board members, shareholders and co-founders. In addition, we plan to continue talking with Sundar regularly, especially on topics we’re passionate about!

Sundar brings humility and a deep passion for technology to our users, partners and our employees every day. He’s worked closely with us for 15 years, through the formation of Alphabet, as CEO of Google, and a member of the Alphabet Board of Directors. He shares our confidence in the value of the Alphabet structure, and the ability it provides us to tackle big challenges through technology. There is no one that we have relied on more since Alphabet was founded, and no better person to lead Google and Alphabet into the future.

We are deeply humbled to have seen a small research project develop into a source of knowledge and empowerment for billions—a bet we made as two Stanford students that led to a multitude of other technology bets. We could not have imagined, back in 1998 when we moved our servers from a dorm room to a garage, the journey that would follow.