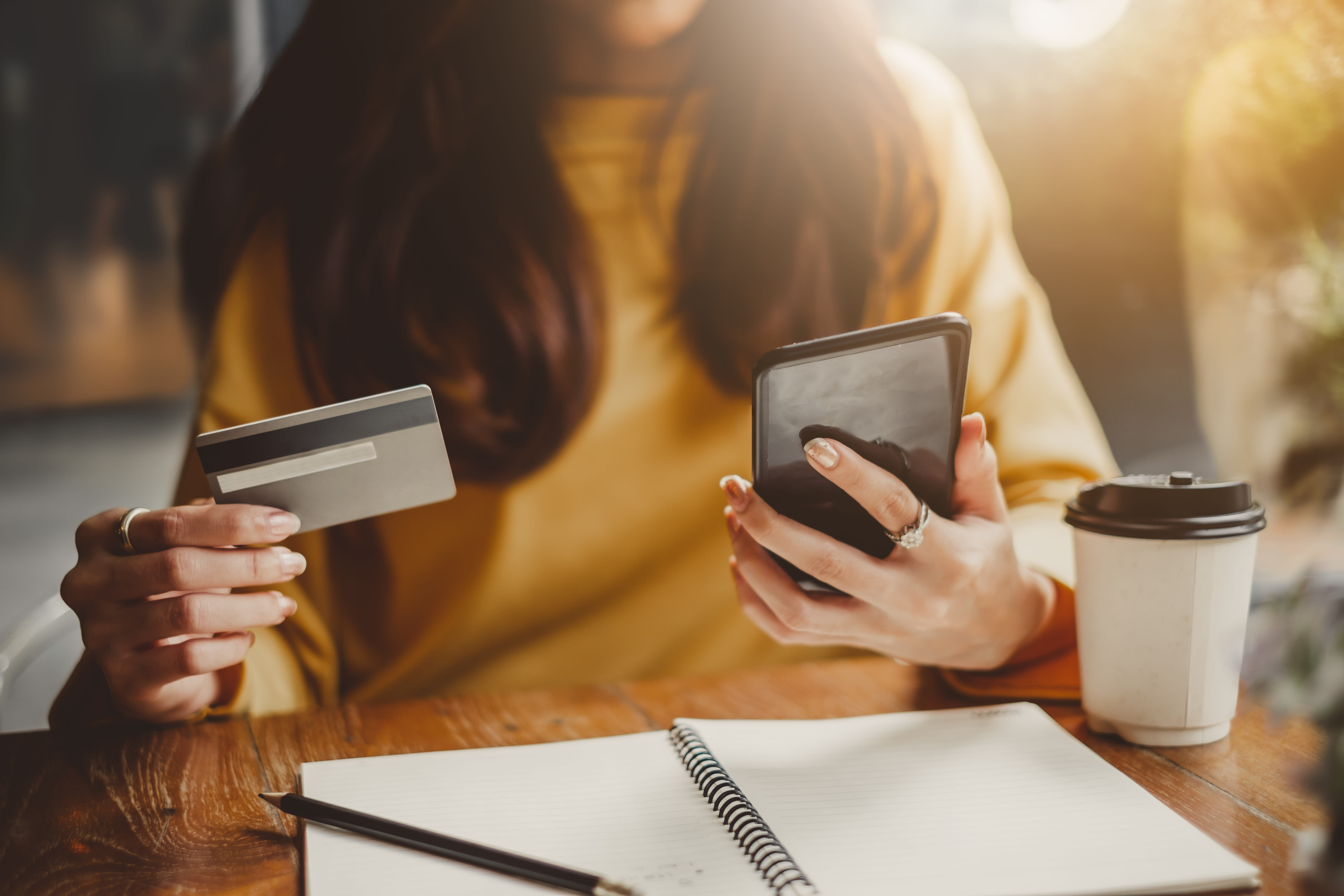 The holiday shopping season is when consumers rack up the most debt, and banks want that to happen on their credit cards. But as Americans increasingly pay on mobile phones, analysts say it’s becoming harder for banks to stay “top of wallet.”

Google Pay, PayPal Checkout and Apple Pay let you pick a default card to store on file. As people increasingly pay on mobile phones, they’re less likely to stop and think about which card has the most rewards. Some say they’ll go with what’s easiest.

Banks are battling to get consumers using their credit cards for holiday shopping. But faster mobile payment options are making that more difficult.

As consumers shop on their phones, analysts say they may end up using whichever card is automatically stored instead instead of considering rewards.

“When you’re carrying your wallet, you make conscience decisions about which card to use,” he said. “With mobile you have a registered card on file, and you’re going to stick with that card in perpetuity unless something happens to jolt you out of using that card.”

To get people on board, banks have historically offered rewards and cash-back, which can be a short-term loss leader. J.P. Morgan’s popular Chase Sapphire Card resulted in a $330 million charge last year after credit-card customers redeemed points faster than anticipated. Capital One, American Express, and Citi also compete on attractive cash-back and rewards programs.

Holidays are typically a key time for banks to sign people up for these offers. This year, 23% of consumers say they planned to open a new credit card during the holidays, according to a recent Experian survey. Retail card balances are now up to $90 billion -a 7% increase from five years ago.

“This is the time of year people go into debt,” said Ben Sabloff, AQN Strategies founder and CEO. “For the banks, being in your wallet this time of year is helpful for driving interest.”

Getting in your wallet increasingly includes digital wallets. PayPal Wallet, Apple Pay, Google Pay offer ways to streamline the check-out process. While they allow you to load multiple payment methods, some tech players are now offering their own cash-back cards with rewards. The Apple Card, for example, gives daily cash back and is used through the app.

More consumers are making use of mobile wallets, according to Deloitte. The firm’s holiday survey showed the share of shoppers making a purchase on mobile phones doubled in the past five years. This year marks the first time that more than half of those Deloitte surveyed plan to use their smartphone, in some capacity, for holiday shopping online. Desktop computers have seen a slight shift down to 75%, while tablets remain steady at 22%.

Deloitte’s U.S. payments leader Zach Aron said mobile is “by far and away” where people will say it’s how they want to pay going forward. But rewards cards aren’t top of mind.

“How often you pick the funding instrument, it’s pretty low,” Aron said. “The predominant instrument winds up being your bank account or your debit card.”

Aron said it adds pressure on banks to become the top credit card or payment method in a person’s actual mobile wallet. The stakes are high for banks when it comes to credit cards. It’s the top payments revenue driver, with a compound annual growth rate of between 8% and 9%, according to Aron.

“Credit cards remain one of the relative bright spots in the banks in payments despite all the completion and cost rising to give more value back to the consumer,” Deloitte’s Aron said. “To continue to drive usage on cards and maintain what are still healthy revenues and margins, you have to drive rewards.”