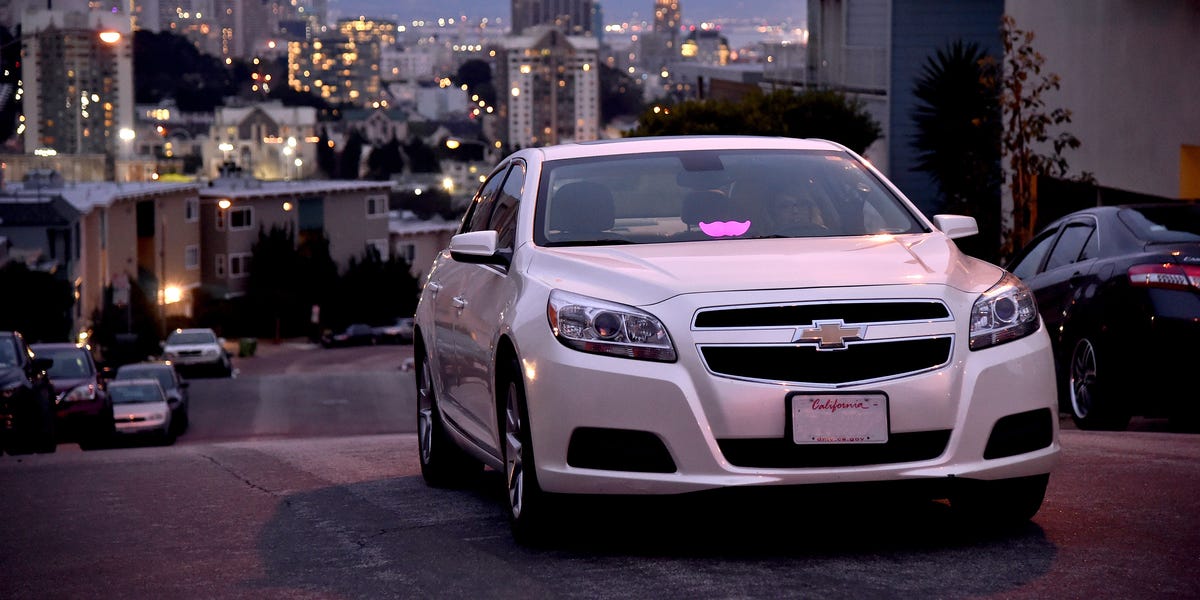 More than 30 women are suing Lyft, saying the company didn't do enough to protect them from sexual assault and kidnapping

Lyft is facing lawsuits from at least 34 women who accuse the ride-hailing company of enabling a sexual assault "epidemic."The women say they are victims of sexual assault, rape, or kidnapping by Lyft drivers. The majority of the alleged assaults took place in the last two years. The number of plaintiffs in these lawsuits has more than doubled since September, when 14 victims filed an initial suit against Lyft.
Lyft has maintained that the company takes safety seriously and permanently bans drivers accused of assault.
At least 34 women have joined lawsuits against Lyft, saying that they were victims of assault, kidnapping, or rape by Lyft drivers and that the ride-hailing app didn't do enough to keep them safe.

The number of victims suing Lyft has more than doubled since August, when 14 women filed an initial suit against the company. In addition to the 34 plaintiffs, one lawyer told CNET she has spoken to more than 70 women who say they've been sexually assaulted by Lyft drivers.

Court documents filed in California's Supreme Court claim that Lyft enabled "a sexual predator crisis," alleging that the company "has been fully aware of these continuing apps by sexual predators driving for Lyft."

For its part, Lyft has maintained that it takes riders' safety seriously and takes immediate action to ban drivers accused of sexual assault. The company has recently brought on expert partners including the Rape, Abuse and Incest National Network to advise it on rider safet, a spokesperson told Business Insider.

"Not a day goes by when we aren't thinking about the safety of our platform. We continuously invest in new products, policies, and features to further strengthen Lyft as we strive to keep drivers and riders safe on our platform. In 2019, we've launched more than 15 new safety features - including daily continuous background check monitoring, in-app emergency assistance, and mandatory feedback for any ride rated less than four stars," the Lyft spokesperson said in a statement.

Alison Turkos, one of the plaintiffs in the initial suit filed in August, says she hailed a Lyft in the fall of 2017. When she got in the car, the driver pointed a gun at her. The incident is now being investigated as a human-trafficking case by the FBI.

"My Lyft driver kidnapped me at gunpoint, drove me across state lines, and, along with at least two other men, gang raped me," Turkos wrote in a Medium post. "Lyft callously forced me to pay $12.81 for my kidnapping and rape and has allowed a predator to continue driving for not months, but years."

A Lyft spokesperson told CNET that Turkos' driver was permanently banned, but did not specify when the ban was enacted.

Plaintiff lawyers have alleged that, while sexual assaults by drivers of competitor apps like Uber are also common, Lyft has a worse record of working with victims.

"The attitude of Lyft and the attorneys that they've hired to work on their behalf has been very aggressive and, in my opinion, bush league tactics," Michael Bomberger, a lawyer representing one of the plaintiffs, told CNET. "They came at us like they're an 800-pound gorilla and they're gonna smash us."