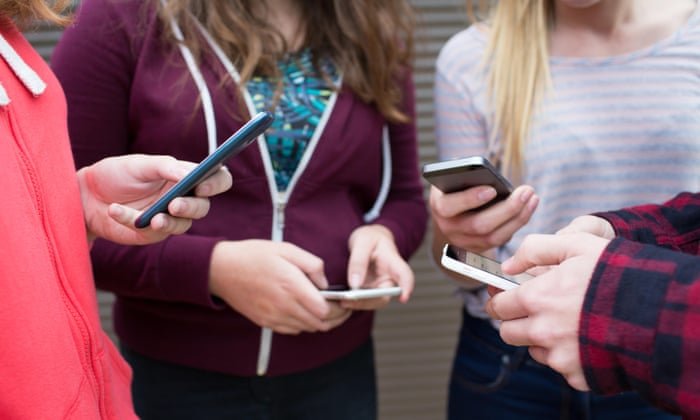 Most children own mobile phone by age of seven, study finds

Devices ‘dominate children’s lives’ as 39% say they could not live without their phone
The majority of children own a mobile phone by the age of seven, according to a study.

The devices have become a fundamental part of life for most young people, it indicates. Many admit that they are fearful of being without their phone and more than half sleep with it by their bed.

Overall, children spend about three hours and 20 minutes each day messaging, playing games and being online, the report by Childwise found, down slightly on last year.

Mobiles are the device that youngsters are most likely to use to access the internet, it said.

Researchers said the findings showed the extent to which phones could “dominate children’s lives”.

The report, based on a survey of 2,167 UK five- to 16-year-olds, said 53% of youngsters owned mobile phones by around the age of seven.

It said that by age 11, 90% had their own device, and phone ownership was “almost universal” once children were in secondary school.

57% of all the children surveyed said they always slept with their phone by their bed, while the same proportion admitted they did not know what they would do if they lost their device.

And 44% said they would feel uncomfortable if they were somewhere without phone signal, while 42% admitted to being “constantly worried” about running out of charge.

Simon Leggett, a research director at Childwise, said it could be difficult for parents. “The moment a child owns a mobile phone, it can be a challenge to monitor what your child is accessing online because it’s such a private technology that most keep, literally, close to their chest,” he said.