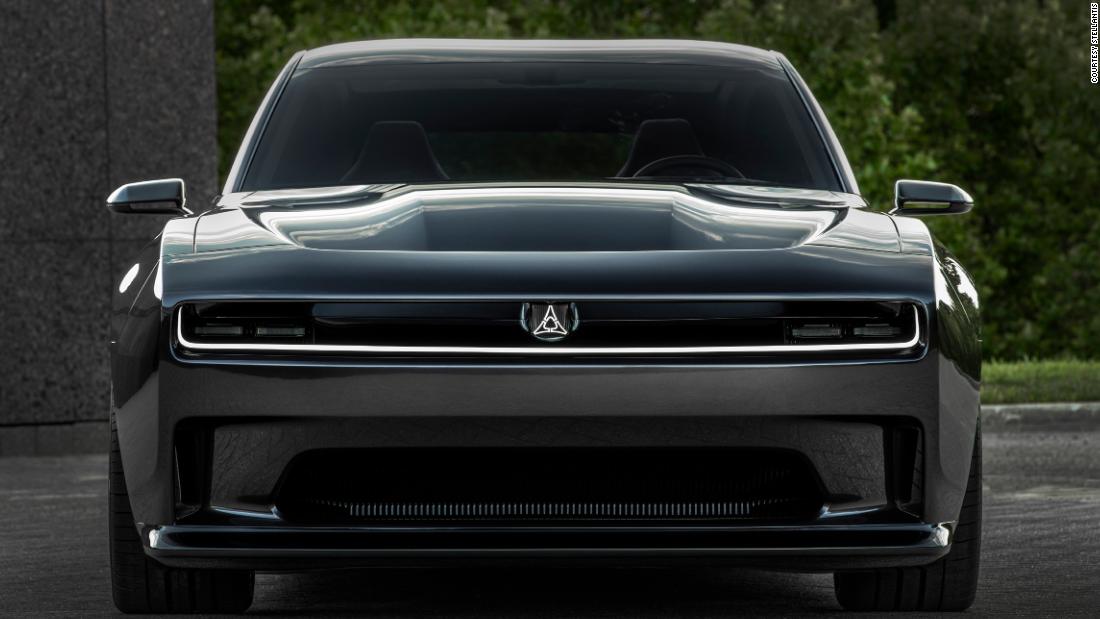 Most electric cars are quiet. But Dodge says its future electric muscle car will be super loud

Dodge, famous for offering cars with big and powerful V8 engines, is phasing out some of its iconic, gas-powered muscle cars in favor of electric power. To ease fans into this new era, the company has opted to mimic some muscle car sensations — including shifting gears and a loud exhaust — in an electric concept car it unveiled on Wednesday.

It's part of an overall shift from Dodge, the American performance car division of Stellantis, towards electrified vehicles. The brand's current gas-powered muscle cars, the Charger and Challenger, end production next year. The concept muscle car, called the Dodge Charger Daytona SRT, resembles a model that will go on sale 2024, according to executives. It will join a new small SUV called the Hornet that will be available as a plug-in hybrid and is set to go on sale later this year.

The Charger Daytona has exhaust pipes that make noise and a transmission that shifts gears. None of that is necessary in an electric car, of course, but Dodge assumes its target customer isn't looking for what's strictly needed. These customers are looking for excitement, Dodge CEO Tim Kuniskis said, which requires more than just fast acceleration.

"We think we're going to bring a car to market that customers didn't see coming," he said. "But they're definitely going to hear this one coming."

The Charger Daytona makes low, loud thrumming tones that sounds a bit like high-voltage electrical equipment. The sounds aren't produced by speakers, like the sounds from most electric cars, but by air pulses forced through pipes with baffles and chambers inside. 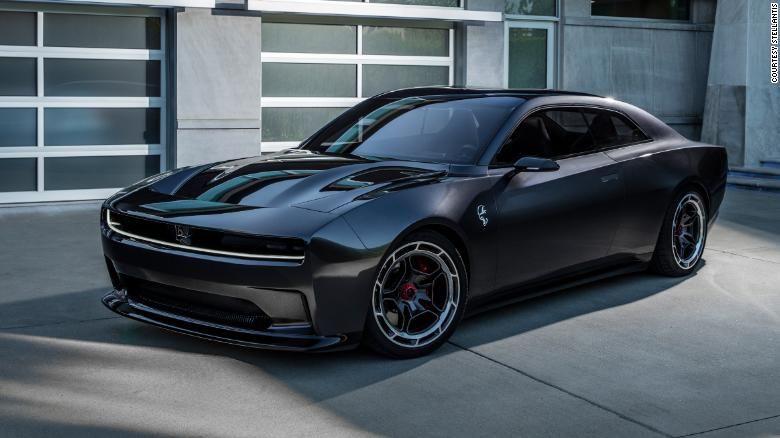 The air pulses vary in speed and force depending on how fast the car is going and how hard the accelerator is pressed, much like the air pulses created by an internal combustion engine. The sounds it produces can be up 126 decibels, according to Dodge. That's about the level at which the ears begin to hurt and well above levels at which sustained exposure can cause hearing loss, according to the National Hearing Conservation Association.

Unlike most electric cars, the Charger Daytona has a transmission with more than just one or two speeds. Most electric cars have only a one-speed transmission because, unlike gasoline engines, electric motors provide their full pulling power at even very low speeds and keep providing that power up through very high rotating speeds. Gas engines, by contrast, have a relatively narrow band of operating speeds at which they can provide full power so it's necessary to have a transmission with different gears to keep the engine within that "power band" as the car moves slower and faster.

Dodge hasn't yet announced how much power the all-wheel-drive car's electric motors will produce, though the company promised that it will be faster than the Dodge Challenger Hellcat "in all key performance measures." The supercharged Hellcat, a gasoline-powered rear-wheel-drive car, can go from a stop to 60 miles an hour in 3.7 seconds, according to Car and Driver.

With its narrow rectangular nose and dark color, the Charger Daytona EV resembles a late 1968 Charger. In its dark paint color, it looks a good bit like the Dodge Charger used in a famous chase scene in the movie "Bullitt," the one that chases -- and gets chased by -- Steve McQueen's Ford Mustang.

The front of the Charger Daytona EV hides a wing that runs just above the "grille." The wing allows air to pass underneath it, improving the car's aerodynamic efficiency. Air vents cut in the sides at the front and rear of the vehicle also help to improve the aerodynamics of the generally squared-off body.

Dodge has not said how much the production version of the car might cost when it goes on sale.