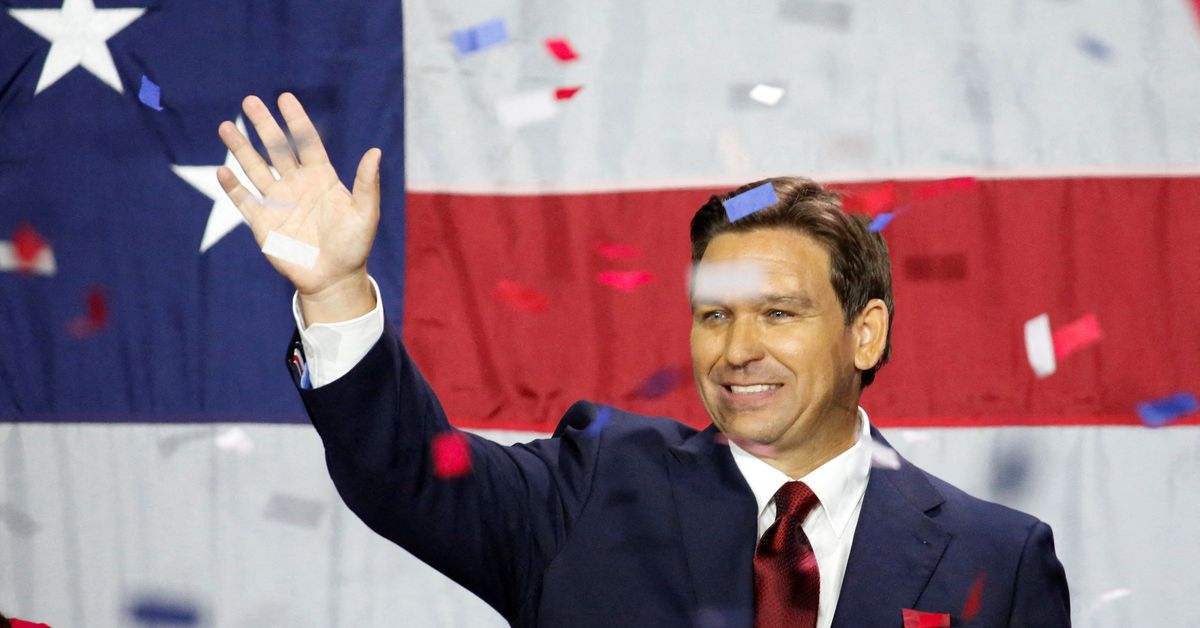 Billionaire Elon Musk said on Friday he would support Ron DeSantis in 2024 if the Florida governor, who recently coasted to a second term, were to run for president.
DeSantis earlier this month defeated Democratic opponent Charlie Crist by nearly 20 percentage points to be re-elected as Florida governor and cemented himself as the Republican Party's top rising star.

Political pundits have been doling out high marks to DeSantis, who is seen as a potential challenger to former president Donald Trump in the 2024 field of Republican presidential candidates. Trump announced 10 days ago he was running for election again in 2024.

"My preference for the 2024 presidency is someone sensible and centrist. I had hoped that would the case for the Biden administration, but have been disappointed so far," Musk said on Twitter.

"Yes", he replied in a tweet when asked if he would support DeSantis in 2024.

"As a reminder, I was a significant supporter of the Obama-Biden presidency and (reluctantly) voted for Biden over Trump," the Twitter owner said.

Musk had previously said in June he was leaning towards supporting DeSantis for president in 2024, and added the Florida governor would easily defeat Biden in the election.

When asked back then about Musk's support, DeSantis joked, "I welcome support from African-Americans, what can I say." Musk, who is white, grew up in South Africa.

DeSantis is especially popular with conservatives for taking the lead on culture war issues concerning race and gender. His governorship has been marked by his rejection of pandemic-related health restrictions, passage of a law limiting discussion of LGBTQ issues in schools, and a feud with Walt Disney (DIS.N) over the law.

Musk urged Americans to elect a Republican Congress in the U.S. midterm elections earlier this month to counterbalance Biden's Democrats. However, the Democrats defied Republican hopes for a "red wave" in the midterms and retained control of the Senate while the Republicans only won a narrow majority in the House of Representatives.
#Donald Trump  #Elon Musk