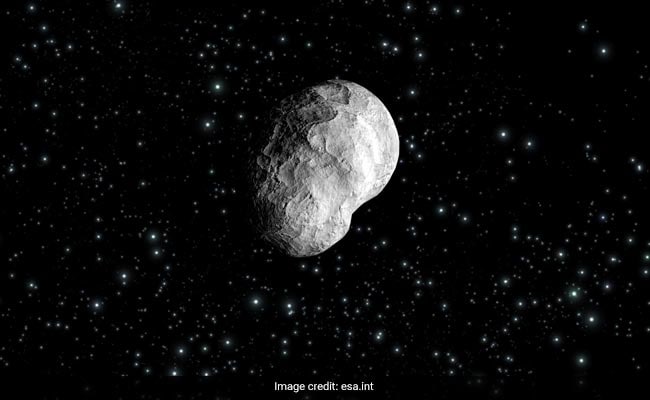 Mystery Asteroid To Pass Earth Before Christmas. All You Need To Know

The chances of the asteroid's impact on Earth have been estimated to be zero in the next hundred years.

Space lovers are in for a treat this Christmas. According to the European Space Agency (ESA), this holiday season you may very well be able to spot an asteroid not larger than the Statue of Liberty, that is travelling towards the Earth.

The asteroid is expected to make a close approach to Earth, passing a mere 6,86,000 km away from the planet, on December 15. 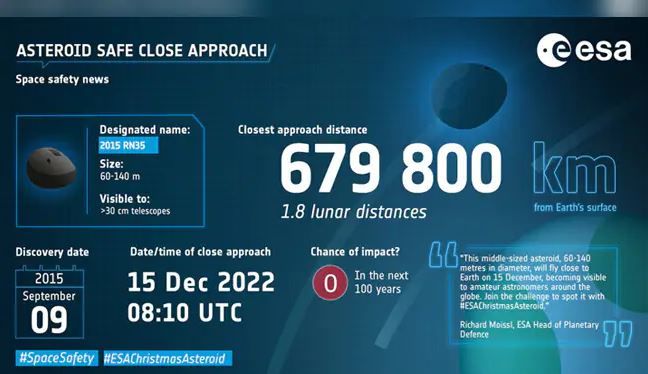 According to the space agency, the distance between the asteroid and Earth as it passes by will be under two lunar distances.

Countries in the southern hemisphere will be able to get a better view of this mid-size asteroid than those in the northern hemisphere. The asteroid, named 2015 RN35, will be visible to those in Europe until about December 19, as per ESA.

Asteroids are small, rocky chunks of minerals that orbit the Sun. As they are smaller than planets, they are called minor planets. Sharing details, Richard Moissl, ESA Head of Planetary Defence said: "This middle-sized asteroid, 60-140 metres in diameter, will fly close to Earth on 15 December, becoming visible to amateur astronomers around the globe. Join the challenge to spot it with #ESAChristmasAsteroid."

However, actually spotting the asteroid may be a challenge given that it does not shine bright. It has a visual magnitude below 14 in the night sky, comparable to that of Pluto. As per ESA, telescopes that are 30 cm and larger can help spot the Christmas asteroid.

This asteroid is particularly interesting because not much is known about it, ESA said in a statement. “We don't know what it's made of or precisely how big it is or if it's spinning on its axis or even know its orbit particularly well,” adding that Near-Earth asteroids like this one are important as they offer “key insights into the composition and trajectory of potentially hazardous objects.”

The chances of the asteroid's impact on Earth have been estimated to be zero in the next hundred years.