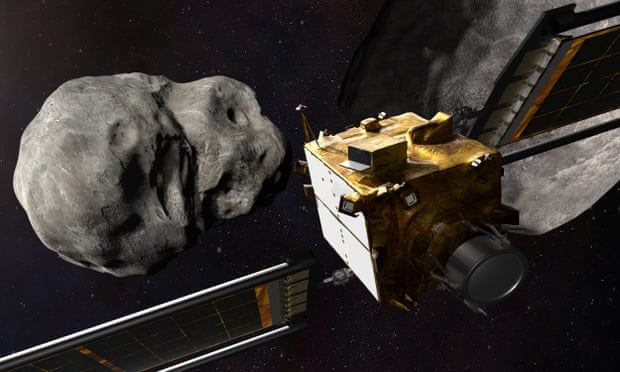 In a few weeks, Nasa controllers will deliberately crash their $330m Dart robot spacecraft into an asteroid. The half-tonne probe will be travelling at more than four miles a second when it strikes its target, Dimorphos, and will be destroyed.

The aim of this kamikaze science mission is straightforward: space engineers want to learn how to deflect asteroids in case one is ever discovered on a collision course with Earth. Observations of Dart’s impact on Dimorphos’s orbit will provide crucial data about how well spacecraft can protect Earth from asteroid armageddon, they say.

“We know asteroids have hit us in the past,” said Professor Alan Fitzsimmons, an astronomer at Queen’s University Belfast. “These impacts are a natural process and they are going to happen in the future. We would like to stop the worst of them.

“The problem is that we have never tested the technology which will be needed to do that. That is the purpose of Dart,” said Fitzsimmons, a member of the science team for the Double Asteroid Redirection Test (Dart) mission. Launched last November, the probe is scheduled to strike its target in the early hours of 27 September, BST. By carefully studying the asteroid’s path after the collision, scientists believe they will better understand how similar collisions could be used to deflect Earth-bound asteroids and comets.

“Dart’s target has been carefully chosen,” said Jay Tate, director of the National Near Earth Objects Information Centre in Knighton, Powys. “Dimorphos actually orbits another, bigger asteroid called Didymos, and the extent of the deflection caused by the crash will be easier to detect as astronomers have been carefully observing its path around the bigger asteroid.”

Impacts by asteroids and comets have had big effects on life on Earth in the past. The best known collision occurred 66 million years ago when a 10 km wide asteroid struck Chicxulub in the Yucatán Peninsula in Mexico. The collision created a blast that had the energy of several billion atomic bombs and led to the destruction of 75% of all plant and animals species, including all land-based dinosaurs.

Since then, films such as Don’t Look Up, Armageddon and Deep Impact have depicted similar devastation being triggered by asteroid or comet crashes in modern times. However, astronomers believe it is unlikely we will experience such catastrophic impacts in real life in the near future. 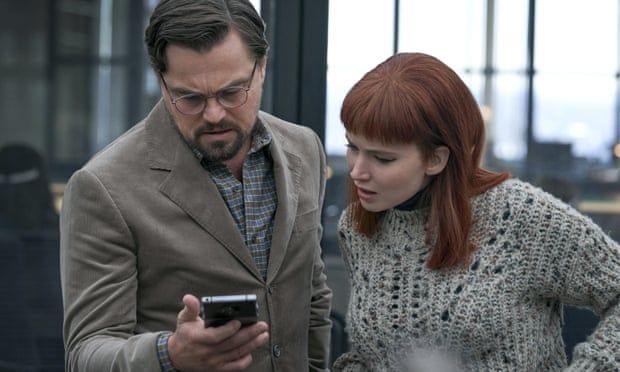 Leonardo DiCaprio and Jennifer Lawrence in Don’t Look Up, a film about two astronomers who try to warn about a comet heading for Earth.

“We know where the big asteroids are because we can see them with our current generation of telescopes, and we know none of the detected asteroids are coming anywhere near our planet for the next couple of hundred years or so. So we can rest easy in our beds about those ones,” added Fitzsimmons.

“However, many smaller ones have yet to be detected, and they are still big enough to destroy entire cities and devastate large areas. We are mapping these smaller objects with increasing accuracy but we will have to be prepared to act if we find one that is on course for Earth. Dart is the first step in ensuring we havethe right technology to deal with the threat.”

Nasa’s Double Asteroid Redirection Test, or Dart mission, will crash a spacecraft into an asteroid and measure deflections in its orbit 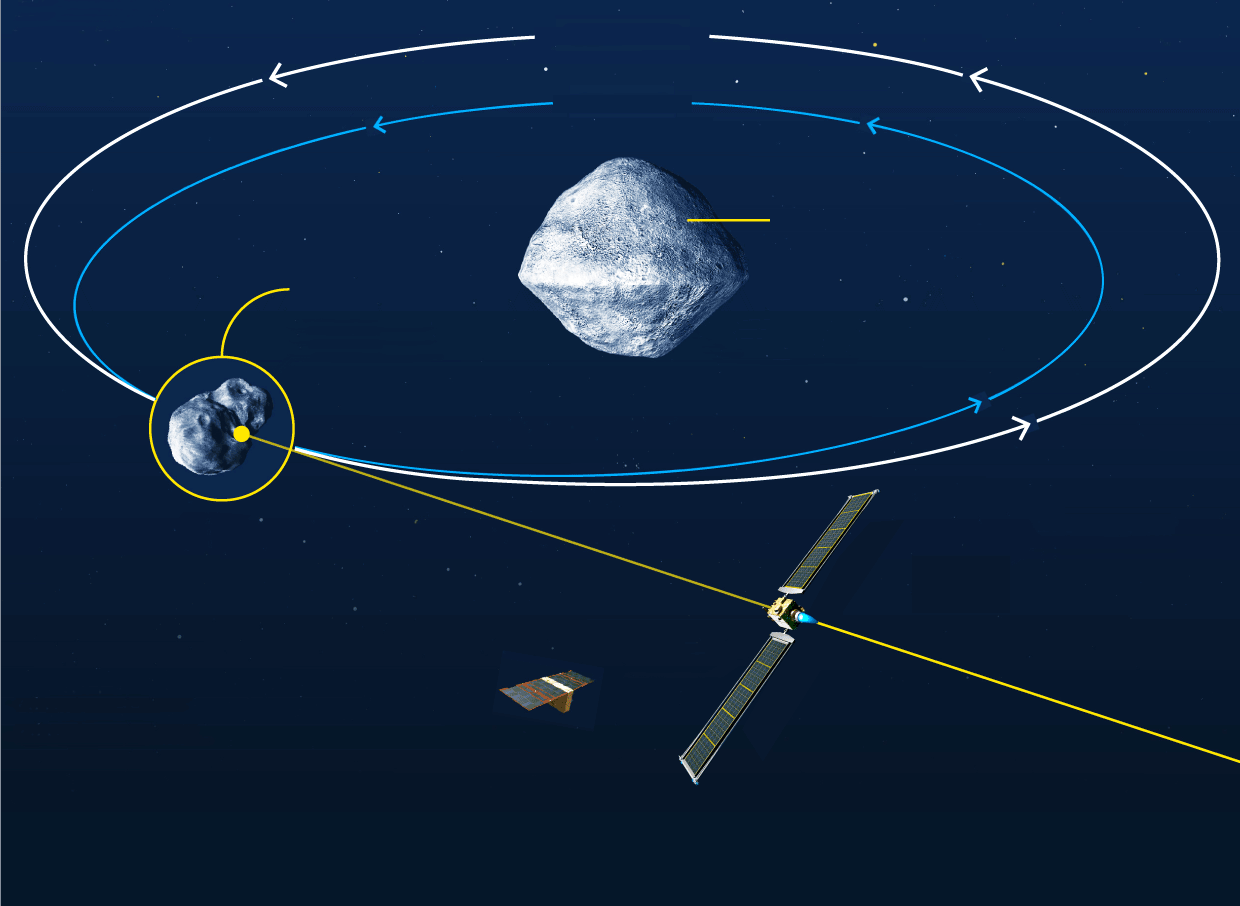 It is a point backed by Nasa’s planetary defence officer, Lindley Johnson, who stressed the importance of developing asteroid deflection technology as soon as possible. “We don’t want to be in a situation where an asteroid is headed toward Earth and then have to be testing this kind of capability.”

An example of the danger posed by small asteroids and comets is provided by the rocky object that penetrated Earth’s atmosphere near the Russian city of Chelyabinsk on 15 February 2013. Thought to have been 20 metres in diameter, it exploded in the atmosphere, triggering a 400 kiloton blast that injured more than 1,500 people.

“Had that object entered the atmosphere a mere 20km further north than it did, it would have done much greater damage to the city,” said Tate. “We have been very lucky not to have taken substantial casualties from these things within living memory. We have to be aware that they will happen one day, and be ready to do something about them.”

Dart’s target, Dimorphos, is 160 metres in diameter and orbits its parent asteroid every 12 hours. Ten days before impact, the spacecraft will release a purse-sized Italian-built probe, called LiciaCub, which is fitted with two cameras that have been given the Star Wars-inspired names of Luke and Leia. Images of Dart’s asteroid impact will be recorded by Luke and Leia and beamed back to ground controllers.

Earth-based telescopes will then study the asteroid and pinpoint how its orbit has been changed. “That way, we will get an idea how easy it is going to be to deflect incoming asteroids or comets,” said Tate. 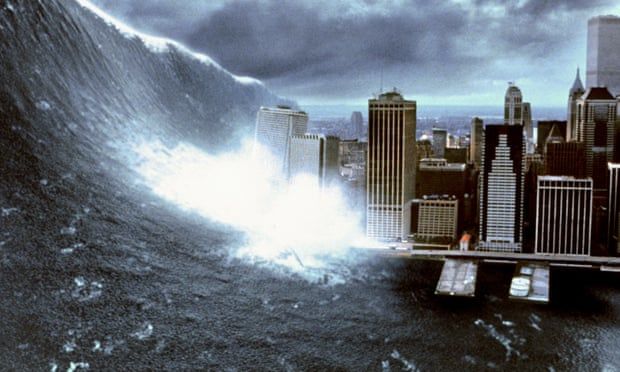 In addition, the European Space Agency is set to send a robot spacecraft, Hera, in 2024 to Dimorphos to study the crater left by Dart and analyse its collision with the asteroid.

“Hitting Dimorphos is not going to be easy,” said Fitzsimmons. “It is only 160 metres in diameter and the spacecraft will be travelling at four miles a second. Hitting the asteroid dead centre – where the crash will have most effect – will push Dart’s autonomous navigation devices to their limit.

“Nasa engineers and scientists have done a tremendous job and are confident this should absolutely work. But you never really know until you have done it,” Fitzsimmons said.