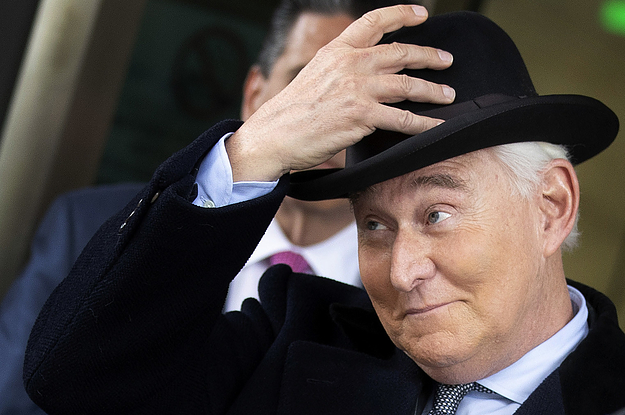 Newly unredacted portions of the Mueller report show that Paul Manafort, Rick Gates, and Michael Cohen told investigators Stone had promised the campaign damaging revelations by WikiLeaks. The informa
Donald Trump was told in advance that Wikileaks would be releasing documents embarrassing to the Clinton campaign and subsequently informed advisors that he expected more releases would be coming, according to newly unredacted portions of special counsel Robert Mueller's report into Russia’s interference in the 2016 election.

In July 2016, political consultant Roger Stone told Trump as well as several campaign advisors that he had spoken with Julian Assange and that WikiLeaks would be publishing the documents in a matter of days. Stone told the then-candidate via speakerphone that he "did not know what the content of the materials was," according to the newly unveiled portions of the report, and Trump responded "oh good, alright" upon hearing the news. WikiLeaks published a trove of some 20,000 emails Russians hacked from the Democratic National Committee on July 22 of that year.

Former Trump attorney Michael Cohen told federal investigators that he overheard the phone call between Stone and Trump. Agents were also told by former campaign officials Paul Manafort and Rick Gates that Stone had spoken several times in early June of something “big” coming from WikiLeaks. Assange first mentioned having emails related to Clinton on June 12.

The new revelations are the strongest indication to date that Trump and his closest advisors were aware of outside efforts to hurt Clinton’s electoral chances, and that Stone played a direct role in communicating that situation to the Trump campaign. Trump has publicly denied being aware of any information being relayed between WikiLeaks and his advisors.

Allegations of communications between Stone and Trump to discuss WIkiLeaks first surfaced early last year, when Cohen testified to a congressional committee about the June 2016 conference call. At the time, Stone denied any such involvement. “Mr. Cohen’s statement is not true,” he told BuzzFeed News.

But based on the interviews investigators conducted with those three men and other officials, Mueller’s report concluded it had "established that the Trump Campaign displayed interest in the WikiLeaks releases, and that former Campaign member Roger Stone was in contact with the Campaign about those releases, claiming advance knowledge of more to come."

The newly unredacted portions of the Mueller report also show that after the initial email dump by WikiLeaks, Trump personally asked Manafort to keep in touch with Stone, who in turn told the then-campaign chairman to keep him “apprised of any developments with WikiLeaks.” Investigators were also told by Gates that Trump had multiple phone conversations with Stone during the campaign and that, following one call held en route to LaGuardia airport, “Trump told Gates that more releases of damaging information would be coming.”

In written testimony to Mueller’s team in November 2018, Trump denied being aware of any communications between Stone, Manafort, Gates, or Donald Trump Jr and WikiLeaks or Assange. Yet according to the newly public portions of the Special Counsel’s report, “Trump knew that Manafort and Gates had asked Stone to find out what other damaging information about Clinton WikiLeaks possessed, and that Stone's claimed connection to WikiLeaks was common knowledge within the Campaign."

Considering the contradictory evidence, the special counsel’s office weighed the possibility that Trump “no longer had clear recollections” of what happened two years earlier, but also wondered whether “the President's conduct could also be viewed as reflecting his awareness that Stone could provide evidence that would run counter to the President's denials and would link the President to Stone's efforts to reach out to WikiLeaks." The investigators stopped short of suggesting that the President may have lied or otherwise misled the special counsel, however.

Large portions of Mueller’s 448-report that relate to Stone have been hidden behind vast swaths of black ink since it was released more than a year ago. The veil of secrecy was lifted by the Justice Department Friday in response to a lawsuit filed by BuzzFeed News and the nonprofit Electronic Privacy Information Center (EPIC) that challenged the legality of the redactions.

The Justice Department blacked out sections pertaining to Stone arguing it contained information that could interfere with its prosecution of the longtime political operative and informal Trump advisor.

Stone was ultimately convicted by a jury last November of seven felonies, including witness tampering and lying to Congress about his attempts to contact WikiLeaks during the presidential campaign about the hacked emails. Prosecutors said Stone lied to protect Trump.

But after he was sentenced in February, closing his case, the Justice Department did not move to release a version of the Mueller report with the Stone narrative restored. That prompted BuzzFeed News and EPIC to file a court motion seeking to compel the government to do so.

Last week, the Justice Department informed the court it would review the Stone material and would unredact anything it could and that the revised Mueller report would be released this Friday.

In a related matter, the federal judge presiding over that case, Reggie Walton, earlier this month summoned Justice Department lawyers to closed door hearings in July to explain their justification for other redactions in the document. Walton is weighing whether some portions of the report that have been withheld should be publicly disclosed.

In a scathing 23-page opinion released in March, Walton said Barr's public characterization of the Mueller report "failed to to provide a thorough representation of the findings." Walton questioned whether Barr's "intent was to create a one-sided narrative" about the report and a "calculated attempt to influence public discourse" in favor of President Trump "despite certain findings in the redacted version of the Mueller Report to the contrary.”

The dispute over the redactions is only the latest twist in what has been by any measure an unusual prosecution of Stone, one of the president’s closest confidants and strongest supporters. After prosecutors recommended a seven year prison sentence in accordance with federal guidelines, Trump responded with a tirade on Twitter, calling it“miscarriage of justice!”

Top Justice Department officials subsequently intervened in the case, overruling the recommendation of its own prosecutors, saying such a punishment “would be inappropriate,” while offering no particular recommendation of their own.

In response, the four assistant US Attorneys who oversaw Stone’s prosecution withdrew in protest and one resigned from the Justice Department altogether. Last month, nearly 2,000 former Justice Department officials signed a letter calling on Barr to resign over his intrusion in the Stone case as well as his subsequent involvement in the prosecution of Trump’s former national security adviser, Michael Flynn.

Stone was eventually sentenced to more than three years of confinement and is scheduled to report to prison on June 30. Trump tweeted earlier this month that Stone “was a victim of a corrupt and illegal Witch Hunt, one which will go down as the greatest political crime in history”

The president has not said whether he would pardon Stone.
#Donald Trump