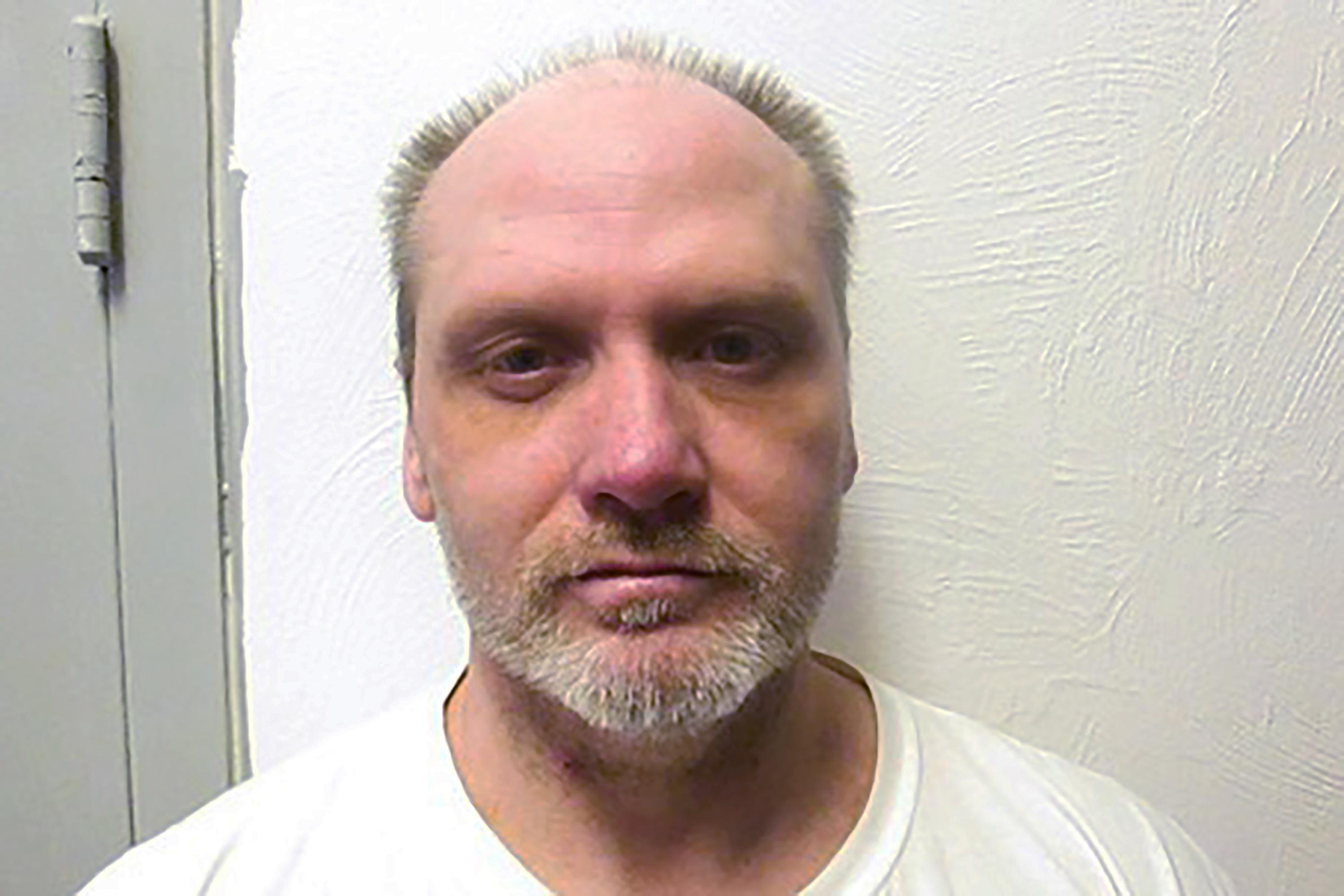 Oklahoma executed a man Thursday for a 1997 killing, despite a recommendation from the state’s Pardon and Parole Board that his life be spared.

James Coddington, 50, received a lethal injection at the Oklahoma State Penitentiary in McAlester and was pronounced dead at 10:16 a.m. Gov. Kevin Stitt declined to commute Coddington’s sentence to life in prison without parole and rejected his petition for clemency. Coddington was the fifth Oklahoma inmate to be put to death since the state resumed executions last year.

“To all my family and friends, lawyers, everyone who’s been around me and loved me, thank you,” Coddington said while strapped to a gurney inside the death chamber. “Gov. Stitt, I don’t blame you and I forgive you.”

After delivering his last words, Coddington lifted his head and flashed a thumbs up to his attorney, Emma Rolls, who cried quietly in the witness room.
After the first drug,

midazolam, was administered, Coddington’s breathing became labored and his chest hitched several times. A doctor on the execution team declared him unconscious at 10:08 a.m., and Coddington could be heard snoring inside the chamber.

Coddington was convicted and sentenced to die for beating 73-year-old Albert Hale to death with a hammer. Prosecutors say Coddington, then 24, became enraged when Hale refused to give him money to buy cocaine.

During a clemency hearing this month before the state’s five-member Pardon and Parole Board, an emotional Coddington apologized to Hale’s family and said he was a different man today.

But Mitch Hale, Albert Hale’s son who witnessed the execution, said he didn’t believe Coddington was sincerely remorseful, noting that he never mentioned his father or the Hale family during his last words.

“He proved today it wasn’t genuine. He never apologized,” Hale said. “He didn’t bring up my dad.”

Hale added: “I forgive him, but that doesn’t release him from the consequences of his actions.”

Rolls, Coddington’s attorney, said during the clemency hearing that Coddington was impaired by years of alcohol and drug abuse that began as an infant when his father put beer and whiskey into his baby bottles.

Coddington was twice sentenced to death for Hale’s killing, the second time in 2008 after his initial sentence was overturned on appeal.

“When the full circumstances of the murder, related robberies, and extensive history of violence on Mr. Coddington’s part are considered, one thing is clear: death is the only just punishment for him,” prosecutors in the state attorney general’s office wrote to the Pardon and Parole Board.

The state had halted executions in September 2015 when prison officials realized they had received the wrong lethal drug. It later came to light that the same wrong drug had been used to execute an inmate, and executions in the state were put on hold.