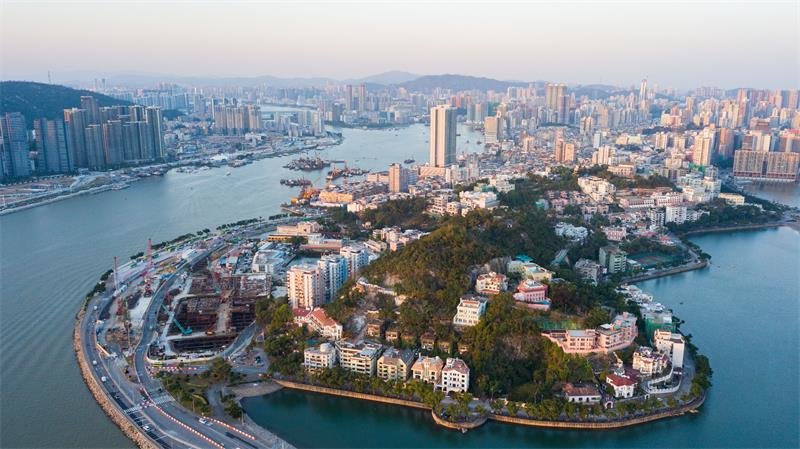 An online cross-border payment service between Macao and the Chinese mainland was launched in Zhuhai, Guangdong province, on Thursday, a day ahead of the 20th anniversary of Macao's return to the motherland.
The service was jointly launched by the Bank of China, Netsunion Clearing Corp, Union-Pay International and the Macao Pass SA. It would allow residents in the special administrative region to easily pay in their travels to the mainland without having to open a bank account in China.

Zheng Guoyu, deputy president of the Bank of China, said the service would be first implemented in Zhuhai, which borders Macao.

"The service, covering major areas in transportation, dining, shopping and daily consumption, would be expanded later to the entire Guangdong-Hong Kong-Macao Greater Bay Area and the whole mainland," said Zheng.

Macao residents could use the BOC's app and MPay, a mobile payment service developed by Macao Pass, to pay for services in the mainland, Zheng said.

"A growing number of Macao residents have developed interests in visiting the mainland, and we have seen more business revenue generated from Macao tourists," said Su.

Based in Zhuhai, the company is constructing an international sailing and yacht terminal and developing an uninhabited island to attract more international tourists.

"Our business is targeting tourists from the Greater Bay Area, mostly from Hong Kong and Macao. We are expecting a business surge after more online payment interaction between the mainland and the two special administrative regions," said Su.

Su's company was one of the first batch of businesses in Zhuhai that are allowed to adopt the cross-border payment service.

Official statistics showed the number of travels from Macao residents to the mainland reached 25.15 million in 2018.