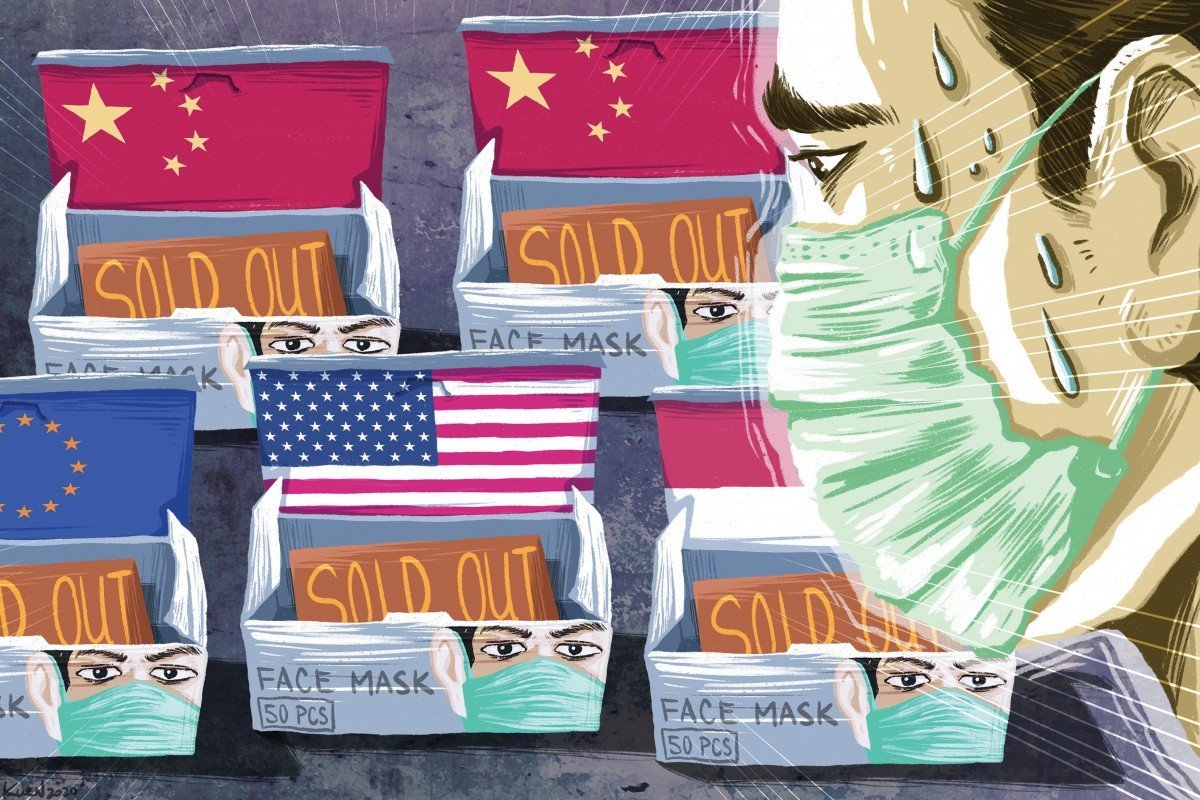 Over 7,500 coronavirus-related fraud cases have been reported in China as of February 24. Most of these involve face masks, which have become scarce as demand far exceeds supply

Chen Xiaobai, a graphic designer from Changsha city in southern China’s Hunan province, has been running a WeChat group since the beginning of February called The Victims of Online Masks Fraud.

The group has attracted about 170 members, all of whom had been cheated of money while trying to purchase face masks online to protect themselves or other people from the spread of the novel coronavirus.

Online fraud has a long history, but fears about the coronavirus outbreak and a shortage of masks has brought swindlers a fresh pool of potential victims among China’s 800 million internet users.

With the huge demand for masks far exceeding the supply – China has 1.4 billion people, while its daily mask production capacity has been reported to be 22 million – many have no choice but to turn to private channels such as WeChat groups to look for possible stocks.

Chen started the WeChat support group after she herself fell victim to a scammer on the first day of the Lunar New Year. News of the epidemic had begun to spread, and the 21-year-old was eager to get masks for her family members who run a vegetable stall that remained open during the holiday.

With all the online shopping platforms she tried out of masks, Chen turned to microblogging platform Weibo where a stranger quickly replied her. After chatting on WeChat, she agreed to transfer 1,000 yuan (US$144) to this person via the app for 100 masks. She never received them.

“I knew this was a risky way to purchase masks, but he was chatting with me with audio messages and said he was also from my hometown,” Chen said. “I trusted him even more after he posted on his WeChat account that he was going to donate masks to Wuhan … why would a charitable person want to defraud others?”

As of February 24, more than 7,500 coronavirus-related fraud cases involving more than 192 million yuan (US$28 million) have been reported in mainland China, according to a report co-published by China’s Ministry of Public Security and internet giant Tencent Holdings, which operates ubiquitous super-app WeChat.

Among those cases, 96.9 per cent were related to masks. There have been similar schemes operating in Hong Kong, where hundreds of people potentially fell victim to a scam orchestrated by an organised gang on Facebook.

The Post talked to six victims, including Chen, who lost money in coronavirus-related scams on social media platforms such as WeChat, Weibo and LinkedIn.

All of them said they were cheated because of their strong desire to buy masks for their family, and in some cases, to donate masks to frontline medical workers.

“Social media platforms make people think they know and can trust each other, but they also tend to cause people to ignore or forget to verify some important information,” said Alan Lin, a Silicon Valley-based entrepreneur.

Lin is the founder of a social movement called Hubei United, which started as a volunteer group in January to help non-governmental organisations and individuals verify information related to medical products as well as reach out to people in Hubei province, the epicentre of the outbreak, and donate masks to them in a safe way.

“The convenience of internet platforms allows scams to take place on a larger scale than before,” he said.

Even those who normally consider themselves cautious have given unofficial channels a try because of exceptional circumstances.

In the case of Steve Mo, a 44-year-old manager at a construction firm in Changde, a city in Hunan province, it was the desire to have his employees return to work safely that prompted him to shell out money for what he thought was 300 masks for sale via WeChat.

Businesses in China traditionally close during the Lunar New Year holiday, but this year the holiday was extended by the government in an effort to contain the coronavirus outbreak. A representative of the National Development and Reform Commission said in mid-February that enterprises should be equipped with disinfectant, temperature guns and masks before they reopen.

“I was really anxious to find masks anywhere [to equip my employees when they returned to work], but I didn’t have a clear idea [of where to go],” said Mo.

Instead of the 300 masks he thought he had bought, Mo only received two bottles of liquid soap just like everyone else in that WeChat group, causing him to feel angry and worried about whether he could get masks for his employees in time.

“Although the 600 yuan [I paid] is not a big concern for me, mask scams are happening on such a large scale now they have turned into a social problem,” Mo said.

Aside from e-commerce scams, China has also seen a rise of hackers using malware and phishing attacks to target those seeking information about the virus.

China’s National Computer Virus Emergency Response Center has discovered that hackers were using topics such as “new coronavirus” to entice people to click on links in emails and WeChat groups that actually compromised their personal information and documents on their computers, according to a report by state media outlet ﻿Xinhua News in February.

“Hackers are pretty heartless, they don't really care,” said Michael Gazeley, managing director and co-founder of Hong Kong-based cybersecurity firm Network Box Corp. “In fact, the more frightening the subject and the more it's going to make someone just click before they think, the more they're happy to use it.”

In one example described in a blog post by cybersecurity and managed security services provider Trustwave, recipients received an email that appeared to be from the Centres for Disease Control and Prevention (CDC) in the US, with a link to an updated list of new coronavirus cases.

However, when victims clicked on the link, they were redirected to a page requesting an Outlook username and password, and some ended up handing fraudsters their credentials.

“There seems to be a fairly consistent number of 30 per cent to 35 per cent of people using the same credentials everywhere,” said Gazeley. “So if a coronavirus phishing scam successfully tricked you into giving up your password, that could severely impact everything from your bank account to your company‘s network security.”

To guard against such scams, popular Chinese payment app Alipay offers a tool to help users determine whether a QR code is generated by its own system or if it is a malicious link. WeChat also closed dozens of accounts for credit card fraud and has asked users to report illegal accounts last year.

On a more informal level, Chen said she hopes to use social media platforms to raise people’s awareness of online scams. She started the group because many people asked her for advice after she shared her experience. “It gave me a sense of achievement when I was trying to help others,” she said.

However, she warned that even a support group such as hers could have risks: “I’m the only one who has been managing the group, so it’s hard to know if each member is a real victim or actually seeking opportunities to defraud others.”