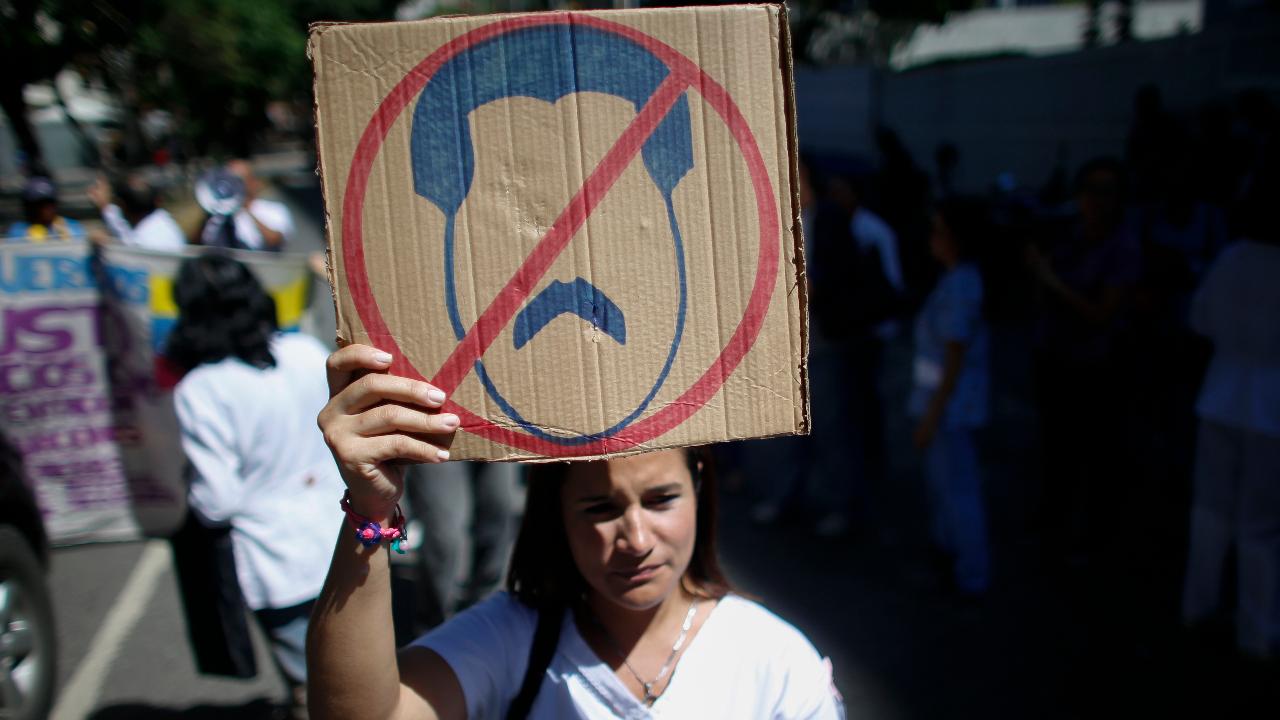 A number of opposition leaders in Venezuela are financially skirting the Nicolas Maduro regime with an unprecedented public-private partnership known as the "stablecoin solution," as the Venezuelan bolívar faces dizzying depreciation.

A number of opposition leaders in Venezuela are financially skirting the Nicolas Maduro regime with an unprecedented public-private partnership known as the "stablecoin solution," as the Venezuelan bolívar faces dizzying depreciation.

Circle, a cryptocurrency firm that issues the fully reserved digital dollar (USDC) stablecoin, confirmed this week that it is working with the U.S. government and Latin America-based crypto exchange Airtm to transmit U.S. aid to Venezuela, in support of opposition leader Juan Guaidó.

"Earlier this year, Circle was approached with a significant and important challenge — could we help the legitimate elected government of Venezuela distribute desperately needed aid to front-line medical workers in Venezuela," the company said in a statement. "We were able to put in place an aid disbursement pipeline that leveraged the power of USDC — dollar-backed, open, Internet-based digital currency payments — to bypass the controls imposed by Maduro over the domestic financial system and put millions of dollars of funds into the hands of people fighting for the health and safety of the people of Venezuela."

While no longer formally recognized by the U.S. and more than 50 other countries as Venezuela's legitimate leader, Maduro still holds court in Caracas, and he ultimately shuttered Guaidó's access to cash. Thus, the U.S. – which slapped steep sanctions on Maduro's administration early last year, seized assets and froze funds intended for his government – had to find a foolproof means to distribute that money for humanitarian and medical purposes.

So how does the stablecoin solution work?

"In this new aid delivery flow, seized funds are released to the Guaidó government's account at a U.S. bank. The Guaidó government then uses those funds to mint USDC," Circle explained. "The USDC is then sent to Airtm, a bank-and-blockchain connected dollar-denominated payment platform that powers digital dollar payments throughout North, Central, and South America."

From there, Airtm's network of dollar-to-anything forex agents enables withdrawals to local currency in Latam bank accounts at free-market rates, as opposed to government manipulated. 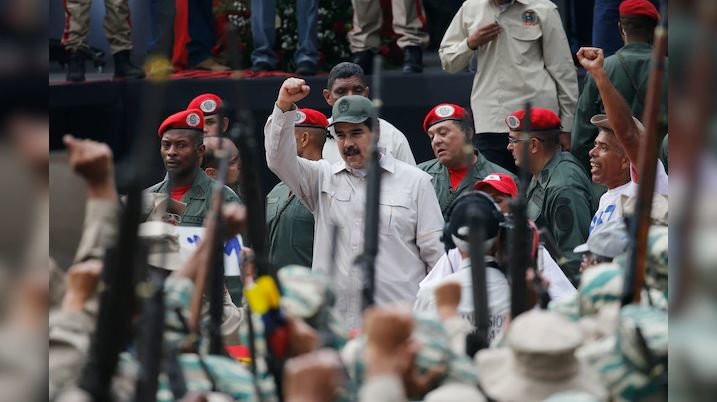 In this April 13, 2019 file photo, Venezuela's President Nicolas Maduro gestures to members of the Bolivarian Militia during their 10th anniversary celebration in Caracas, Venezuela. Last April, as a military uprising roiled Venezuela, Maduro’

Stablecoin is a special strain of cryptocurrency. While ordinary crypto is directly evaluated by the market, stablecoin's value is tied to either a commodity such as oil or gold or to another steady, highly liquid asset. In this case, it is tethered to the U.S. dollar, meaning it won't waver and hyperinflate like the bolivar.

"Once the USDC is received on Airtm wallets, it is then dispersed to accounts of Venezuelan health care workers as AirUSD (Airtm's stablecoin-backed dollar token)," Circle continued. "The health care workers are then able to withdraw to their local bank accounts as bolivars at free-market rates, send to other users, or even spend the funds online anywhere using Airtm's virtual debit card – bypassing the need for a bank at all."

This new funds distribution initiative – which Circle confirmed to Fox News started in September – already has around half a million users, Circle said, underscoring that Airtm's network is "big enough to support enough peer-to-peer transactions to make this a viable solution for day to day transactions such as paying rent."

A U.S. government official, speaking on background, confirmed the initiative but emphasized that it is primarily between Venezuela's opposition leaders and Circle, and that referring to the U.S. as a "partner" was overstated. 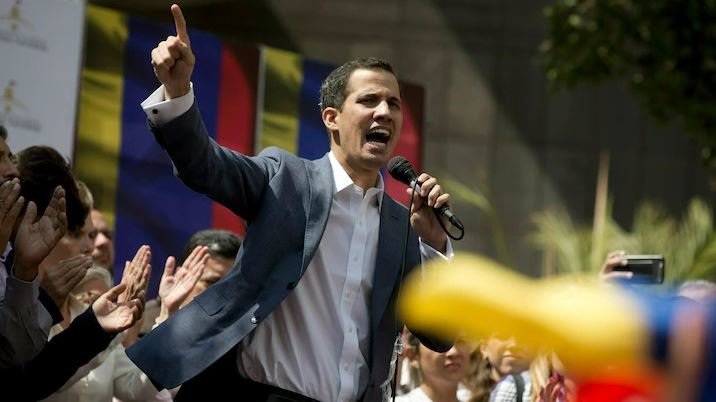 In this Jan. 11, 2019 file photo, Juan Guaido, president of the Venezuelan National Assembly, delivers a speech during a public legislative session in Caracas, Venezuela. The head of Venezuela's opposition-run congress declared himself preside

Yet according to Circle CEO Jeremy Allaire, this "marks really a first where the U.S. is effectively executing a global foreign policy objective with stablecoins for foreign aid because the existing dollar banking system can't do the job."

"By using USDC, these Venezuelans can spend in dollars, which are currently far more stable than Venezuela's native bolivar," Allaire told CoinDesk. "The bolivar has seen 2,358.5% inflation in 2020 alone."

But because Airtm has been blocked by Caracas for more than two years, Allaire noted that all local residents need to receive the stablecoins is a mobile phone and some way of accessing the Internet through a VPN. And even though Caracas can impose stringent oversight and impose its chosen rates on monies issued straight to Venezuelan bank accounts, such controls cannot be inflicted on crypto transactions.

John Lloyd, crypto expert and chief technology officer of Casaba Security, told Fox News that this was the first time he had heard of crypto being used for such purposes by an exiled government.

"It's sort of like a digital version of the gold standard back when you could redeem USD for gold from the Federal Reserve," he explained. "Maduro's government has no way of shutting this down unless they plan on turning off the Internet across all of Venezuela and banning private computing devices, and even then, it might not work." 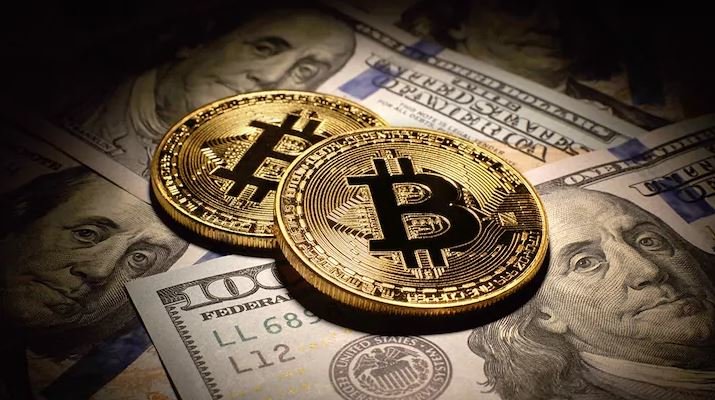 Circle also stressed in its statement that the collaboration "marks a historic moment where in order to execute on foreign aid objectives, economic and political leaders have turned to stablecoins."

"While this may be the first time, it will no doubt not be the last as global stablecoins firmly arrive on the world stage as a foundational infrastructure in the future of the international monetary system," the financial company said.

Dean Steinbeck, COO of blockchain technology company Horizon Labs, concurred that to the extent this program is successful, similar programs from other aid agencies will be unleashed in the future.

Yet, the effort has raised some critical eyebrows. As Crypto researcher Hasu pointed out, via Decrypt, it is both "impressive and scary," with the opposing players now able to "officially export dollars to third-world countries via crypto rails."

The U.S. Treasury did not respond to a request for further comment.

Nonetheless, the stablecoin solution comes at a time when the beleaguered nation, awash in oil and once the richest in Latin America, sinks deeper into its more than six-year economic and humanitarian catastrophe. A dramatic dearth of basic needs and food, a crumbling of security and acceleration in crime, along with a broken health care system, has brought about the displacement of an estimated 25 percent of the once 29 million population and the exodus of 5.5 million people.

And according to Alex Axelrod, CEO and founder of the Swiss-based global fintech Aximetria GmbH, the U.S.'s new approach is simply a "new technological reality."

"Governments with the appropriate technologies are able to benefit, and the countries in which they are absent are disadvantaged by not being able to build ways to overcome or subvert financial controls that could cripple an opposition's access to funds," he added. "Guaidó would be having a much harder time of things against Maduro were it not for USDC stablecoins helping to finance his operations and ensure medical staff are paid."