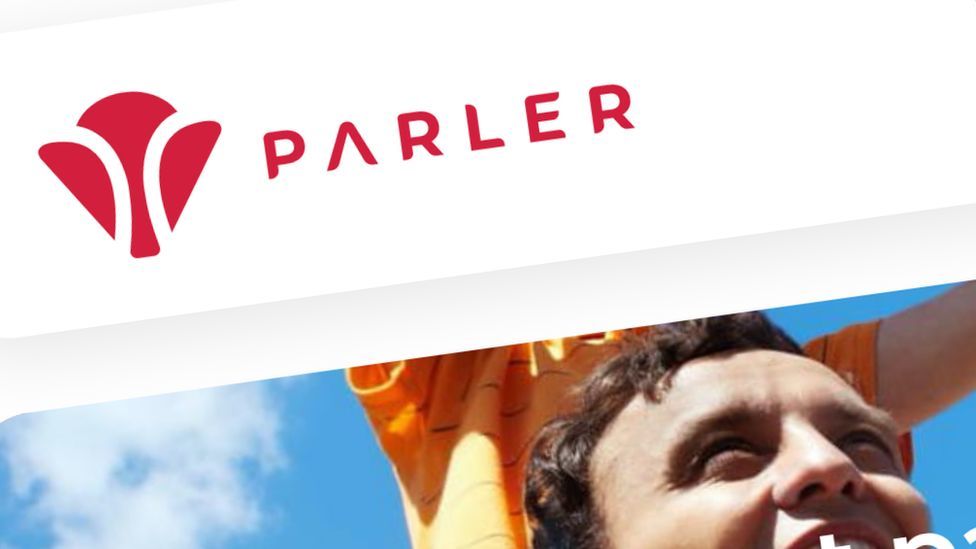 Controversial social-media app Parler has come back online after more than a month without service.

The Twitter-like app was a favourite among supporters of former US President Donald Trump and right-wing conservatives.

It was banned from Google and Apple's app stores and Amazon's web-hosting service, after an armed mob broke into the US Capitol building on 6 January.

But now, the self-styled free-speech platform says it is "here to stay".

The app was not available for all users immediately, however.

And users reported their posts from the previous version had vanished from their profiles.

Parler said the plan was to bring the service back online for existing users first, with new users able to sign up in a week's time.

And it was no longer working with a "big-tech" provider but was "built on sustainable, independent technology".

"We will thrive as the premier social-media platform dedicated to free speech, privacy, and civil dialogue," Mr Meckler said.

And the decision of other technology companies to cut ties with Parler had been taken "by those who desire to silence tens of millions of Americans".

While users who already have the app downloaded can log in, it is more difficult to install onto phones that did not have it before.

Android users must "sideload" the software, meaning it has to be sourced and installed without using Google's Play Store.

And iPhone users trying to reinstall the app or download it for the first time from Apple's App Store are told it is "not currently available".

Late last year, as Twitter banned some Trump supporters and then President Trump himself, Parler soared up the app charts. It had what every fledgling online business seeks, momentum - until it was stopped in its tracks.

Now it is back, but in a very limited form. It is still unavailable on app stores and with no way yet for new users to sign up. It feels as though its moment has passed - even if its old members do manage to get back online they may find Parler just a little dull.

The past - and the evidence of its use to plan the invasion of Congress - has been wiped clean.

True, the Trump acolyte and Fox firebrand Sean Hannity is back, already posting half a dozen Parleys in the first couple of hours. But while he has over five million followers on Twitter, on Parler he's bellowing into a mostly empty space where a few like-minded people nod quietly in agreement.

Where's the fun in that?

There's probably only one person who could give Parler its mojo back - Donald J Trump. But so far he seems reluctant to show up at a party which feels like it's over.

The app's popularity was in part fuelled by President Trump's supporters, who often claimed "censorship" by the largest online platforms.

The former president had allegedly been offered a significant stake in the company if he joined, Buzzfeed News reported earlier this month - something rival politicians are now investigating.

But he never joined Parler while in power and does not appear to have joined the relaunched version. 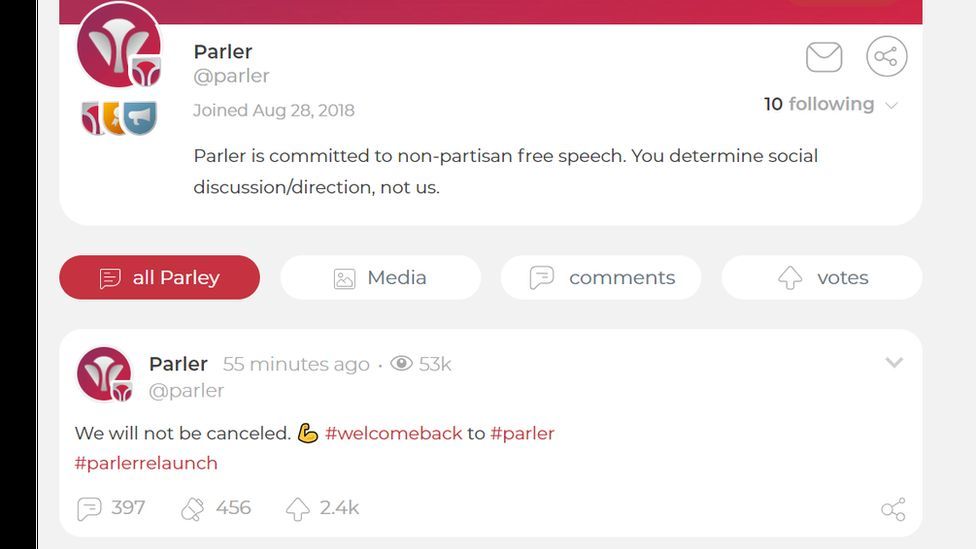 Its main selling point had been light-touch moderation, which it said was to encourage free speech.

But Google and Apple banned the app for failing to remove posts they felt had incited violence.

Before the app was knocked offline, however, hackers said they had managed to access an archive of posts and downloads - more than one million videos and images, including some from the 6 January riots.

Carolyn Maloney, who chairs the House oversight committee, has asked the FBI to investigate the role of Parler in the violence at the Capitol.