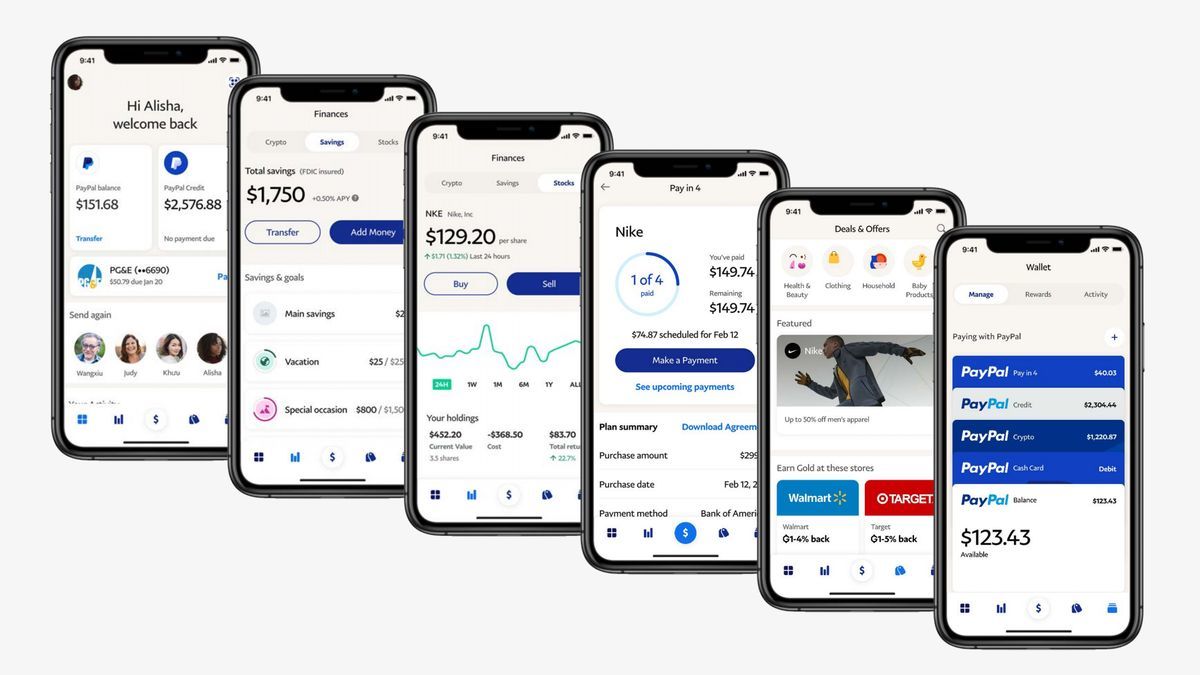 PayPal aims to be world’s next super app, akin to China’s Alipay and Tencent. ‘I think we have a chance,’ CEO Dan Schulman says in interview. PayPal is 20 years older but 90% smaller than its Chinese rivals and losing its attractiveness to Cryptocurrency holders.
PayPal Holdings Inc. is eyeing life beyond the checkout button, across U.S. and other Western jurisdictions.

In the coming months, the firm is planning to debut a bevy of new services, which could include high-yield savings accounts, check-cashing services and stock-investing capabilities. It’s all being done in the hopes of PayPal becoming the world’s next “super app,” akin to China’s Alipay or WeChat, India’s Paytm or Singapore’s Grab.

The stakes are high: If PayPal pulls it off, the company could become a bigger part of U.S. consumers’ lives than Amazon, Google or Facebook. But, in the U.S., there is no shortage of banking giants and technology firms that have tried and failed to accomplish what PayPal wants to do.

“It’s difficult to become a super app,” PayPal Chief Executive Officer Dan Schulman said in an interview. “I think we have a chance if we execute extremely well against this. But it’s obviously a place that a lot of companies are thinking about as well.”

The idea came to Schulman during a dinner three years ago at his home in Palo Alto, California, close to PayPal’s San Jose headquarters, with Martin Lau, the president of WeChat parent company Tencent Holdings Ltd.

As the two dined, a picture began forming in Schulman’s head: Consumers could come to the PayPal app for more than just paying for things online. It could be their one-stop shop for all things shopping and finance, mirroring the success WeChat has had in China.

“There’s too many apps on all of our phones -- I can’t have an app for my pharmacy, my grocery, for all the different retailers I have,” Schulman said. “I can’t have 40 to 50 different apps on my phone. I can’t remember the passwords, I don’t want to enter in all my info every time. There’s really only eight to 10 apps that we use every single day or every single week. Those apps are going to morph into what we call super apps.”

He ordered his team to begin conducting consumer research.

The feat, if PayPal pulls it off, will not be an easy one. Other U.S. companies have found little success with similar attempts.

Take Uber Technologies Inc. The ride-hailing giant announced in 2019 that it would create a new unit focused on financial services. Less than a year later, the executive tapped to lead the initiative left the company after Uber said it planned to “de-prioritize” several of the unit’s projects, which had included credit cards, a digital wallet and instant payments for drivers.

That contrasts with Grab Holdings Inc., which started as a Southeast Asian ride-hailing company and has since expanded into financial services, payments and food delivery. The company is poised to go public via a U.S. blank-check company that values the company at almost $40 billion.

JPMorgan Chase & Co.’s experience was more like Uber’s. The largest U.S. bank spent years touting its Chase Pay app, which was supposed to make it easier for people to shop and redeem card rewards. After the effort was slow to take off, the lender discontinued the app and ultimately shelved the entire project, encouraging consumers to instead sign up with its would-be competitor: PayPal.

“It’s going to be hard to create a super app as we know it, like what we’ve seen in China,” Sanjay Sakhrani, an analyst at Keefe Bruyette & Woods, said in an interview. “We have compartmentalized how we consume things. We didn’t have the luxury of finding things in one place like people in emerging markets have had because of the super apps.”

Still, Sakhrani said, some consumers might be open to trying the super-app model, such as the 25% of U.S. adults that struggle to access mainstream financial services.

The grandson of a union organizer in New York’s garment district, Schulman started his career at AT&T as an entry-level employee. He worked his way up to president of the firm’s consumer long-distance business before being asked by Richard Branson to be the founding CEO of Virgin Mobile USA Inc. in 2001. He shepherded the company’s sale to Sprint Nextel Corp. eight years later.
#Facebook