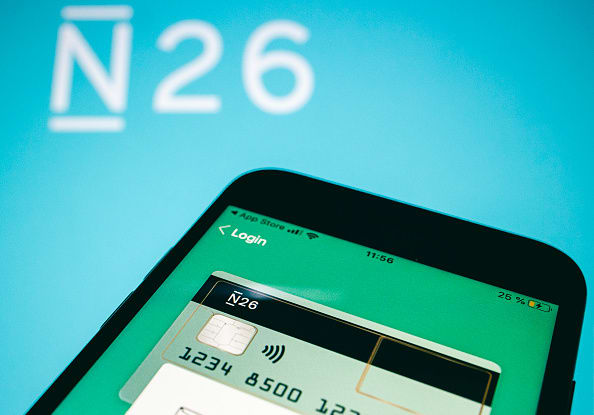 N26 says it has attracted 250,000 users in the U.S. It claims new customers are shifting funds from the likes of Chase and Citibank.
It’s one of a breed of new banking challengers that have gained millions of customers without any branches.

The German start-up’s U.S. launch wasn’t flawless, and it faced some critical feedback from users initially.

German mobile bank N26 has attracted 250,000 users in the United States, where it claims new customers are shifting funds from established giants like Chase Bank and Citibank.

“We track where the money comes from when people fund their accounts, and I definitely see some of these big-name banks crop up quite frequently,” N26′s U.S. CEO Nicolas Kopp told CNBC in an interview. “So far, that’s where I see a lot of customer growth for N26.”

N26, one of a breed of new banking challengers, is known for its slick app design and clear debit card. As is the case with rivals like Monzo, Revolut and Starling, people can sign up for an account with N26 within minutes and don’t pay any additional foreign exchange fees when spending abroad.

The bank remains a long way from challenging the dominance of the Big Four in the U.S. -which also includes Wells Fargo and Bank of America -and faces stiff competition from U.S. upstarts like Chime, which reported 5 million users last year. N26 said it has 5 million customers globally.

N26 hasn’t broken out its user numbers to disclose how many customers are switching their accounts from the big banks. That’s been a problem for many online banks across the pond, with Monzo having claimed that only 30% of its customers use it as their primary account.

N26 relaunched in America last August, one month after first entering the market, with a perks program offering discounts and cashback from brands like Booking.com and Lime. The European start-up doesn’t have a federal bank charter of its own, so it’s instead partnered with a small institution called Axos Bank.

The company’s journey into the U.S. hasn’t been flawless. It experienced some critical feedback at launch due to free ATM withdrawal limitations. The bank then expanded free-to-use machines under a deal with interbank network Allpoint. “We’re constantly improving,” Kopp said.

N26 doesn’t offer credit cards or lending products in the U.S., instead sourcing the bulk of its revenues from so-called interchange fees which are paid by merchants when one of its debit cards is used to pay for something. Kopp said it’s received positive feedback from users on features like getting paid salaries two days earlier and shared accounts.

“N26′s entry to the USA is most evident in cities like New York where their marketing has been highly visible for months now,” Will White, head of international at fintech consulting firm 11:FS, told CNBC by email.

“It will be interesting to see where, and in which USA demographics, they get the most traction, given the range and depth of consumer banking already available from both incumbents and digital challengers.”

Alongside N26, Monzo has launched in the U.S. too with a partner bank of its own, though its presence there is still in the very early days. Kopp said N26 is considering applying for its own U.S. bank license, but “we haven’t decided yet.”

So-called challenger banks have seen considerable growth globally despite lacking physical branches, a feat achieved in no small part due to the gush of venture capital flowing into the sector. Brazil’s Nubank is among the best-funded neobanks and was last valued at $10 billion.

N26 last year raised a whopping $470 million from investors including Insight Partners, Thiel’s Valar Ventures and Chinese tech firm Tencent, while Monzo is reportedly in talks with SoftBank about an additional cash injection to last year’s £113 million ($148 million) funding round.