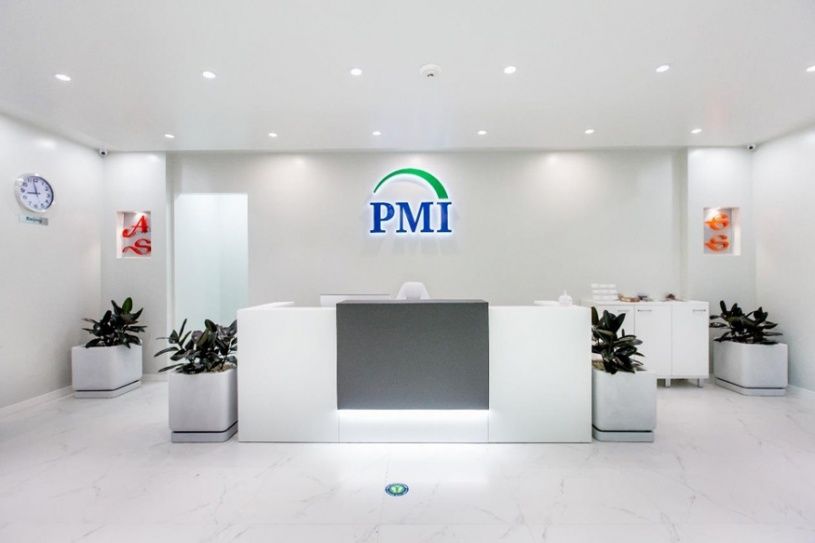 Other speakers, including Dr. Kedrick Pickering (former Deputy Premier of the Virgin Islands), Ms. Sheila George (Managing Partner of George Henry Partners LP and former Chairperson of the Social Security Board), and Mrs. Antoinette Skelton (former Director of the Social Security Board), thanked Mr. Faulkner and his team of twelve (12) for the vision turned reality and their contributions to the BVI’s financial services industry. Reflecting on the Territory's journey of marking its footprints in the regional and global financial services sands of time, Dr. Pickering heralded PMI's journey. He also spoke of the humble beginnings of three (3) staff and the growth through four (4) office locations to the remarkable improvements and accomplishments that now include an investment trading floor, four (4) experienced investment analysts, and an emboldened mission to elevate financial services throughout the Caribbean Region. Ms. George hailed Mr. Faulkner for his “drive, courage, integrity and keen eye for talent and details," while Mrs. Skelton revealed tales of Faulkner's unfaltering commitment to the BVI. Mrs. Skelton highlighted that, "Mr. Faulkner chooses to be here in the BVI, despite the many offers he received regionally and internationally during his stint as SSB's Investment Manager; and his continual pledge to elevate how business is done in the BVI."

Mr. Faulkner, in his remarks to the intimate gathering about the origins of PMI, shared stories of his humble upbringing and his parents' meaningful impact on and support of his life's choices. He spoke of pivotal stages of his journey and how the late Honourable Ralph T. O'Neal (former Premier and Minister of Finance of the Virgin Islands), Mrs. Sandra Scatliffe (former Assistant Vice President and Branch Manager of Banco Popular VI), and Mrs. Antoinette Skelton were instrumental to his development in the formative years of his career. Most notable was Mr. Faulkner's reverent gratitude to his family, whom he explained was the bedrock of his motivation, strength, and endurance, namely his wife Sahodra Faulkner, and children Khalifa, Ethan, Sowmaya, and Xaila. Others recognized for their influence on Mr. Faulkner, whose monikers, as a tribute, are etched in the halls of the new edifice, are the Aiello Family (of Toronto, Canada), Mr. Ian Carrington (Director of Finance and Economic Affairs and former Director of NIS, both of Barbados), and Dr. Robert Mathavious, OBE.

The event concluded with the remarks of Mr. Clyde Lettsome, a close friend of the Faulkner family, who stated that "Clarence Faulkner deserves to stand in league with the greats like Cyril B. Romney and H. Lavity Stoutt (both formidable leaders and former Chief Ministers of the Territory)." He added that Mr. Faulkner's vision and financial prowess in the image of PMI are now among the pages of BVI's history and that the Territory should be exceedingly proud. Words of support continued throughout the evening from members of the BVI financial services community, where one stated that "We are no longer local companies but are players on a global stage – PMI understands this."
#the Virgin Islands