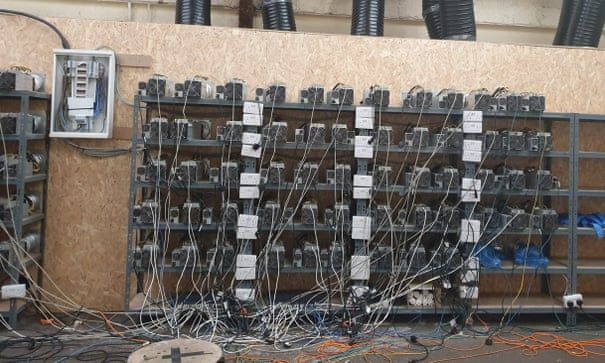 Police have discovered a cryptocurrency operation that used stolen electricity to mine bitcoin in the West Midlands.

Officers from West Midlands police raided a building in an industrial estate on 18 May expecting to find a cannabis farm, but instead stumbled upon the cryptocurrency scheme. No arrests have been made.

Users gain bitcoin and some other cryptocurrencies through “mining”, a process in which computers solve complex mathematical puzzles. Those puzzles have by design become more difficult as more bitcoin has been awarded to users, meaning more powerful computers and significantly more energy are needed to make mining worthwhile.

West Midlands police said they had been tipped off to the possible existence of a cannabis farm because of reports of people visiting the industrial unit at all times of day. A police drone flown overhead “picked up a considerable heat source”, usually associated with heaters used to help cannabis plants grow, the force said. 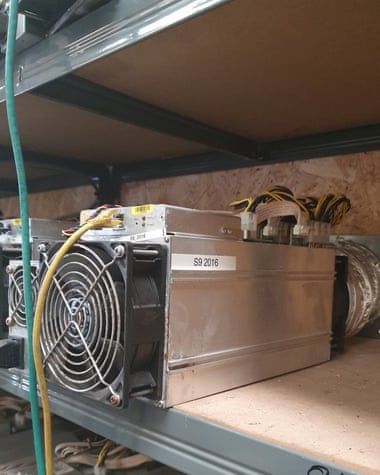 There were about 100 computer units in total.

Pictures of the mine released by police showed rows of computers wired together with fans attached to large ventilation ducts. There were about 100 computer units in total.

Mining bitcoin and other cryptocurrencies is not illegal in the UK. However, the police said the mining operation was found to be stealing thousands of pounds worth of electricity from the mains supply after inquiries to Western Power, the network operator.

Jennifer Griffin, a Sandwell police sergeant, said the find was “certainly not what we were expecting”.

“It had all the hallmarks of a cannabis cultivation setup and I believe it’s only the second such crypto mine we’ve encountered in the West Midlands,” she said.

“We’ve seized the equipment and will be looking into permanently seizing it under the Proceeds of Crime Act. No one was at the unit at the time of the warrant and no arrests have been made – but we’ll be making enquiries with the unit’s owner.”

Bitcoin and other cryptocurrencies have many legitimate uses and are rapidly moving towards more mainstream adoption, in part because of an investment mania fuelled by prices that have soared in recent years. However, it is difficult to trace bitcoin owners if the identity of digital wallet holders is not known, making it attractive to organised crime.

Its rising popularity has also meant increasing energy usage, causing authorities in some countries – although not the UK – to clamp down on mining.

The price of bitcoin plunged last week after China announced a series of restrictions on its use, and Reuters on Thursday reported that energy regulators in China’s Sichuan province planned to ask local power companies for information on cryptocurrency mining. Regulators in China’s Inner Mongolia, another centre of mining because of relatively cheap energy costs, has also promised action to reduce mining. In Iran some electricity blackouts were blamed on the energy demand from cryptocurrency mining.

The soaring energy usage is regularly criticised. Most credible estimates suggest the bitcoin network uses as much energy as countries the size of Norway or Argentina. That energy usage is associated with significant carbon dioxide emissions released by power stations burning fossil fuels.