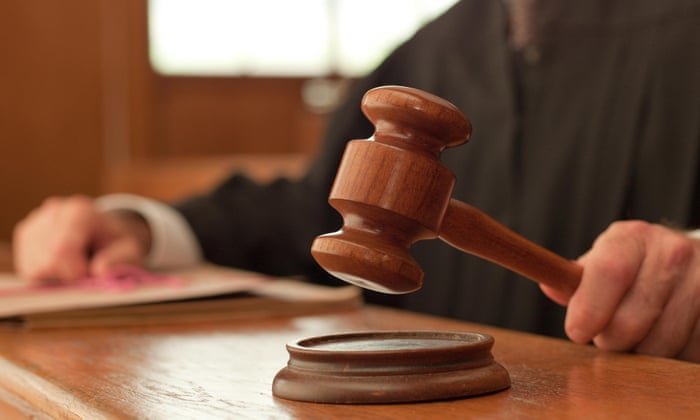 A US judge has awarded $13m in damages to 22 women who were defrauded by the owners of GirlsDoPorn, a website specialising in “amateur”-style pornography.

The women were coerced and tricked into making pornography that was released on to some of the biggest adult sites in the world without their consent, leaving some of them suicidal.

The San Diego superior court heard evidence from the women, Jane Does 1 to 22, in a case their lawyers say has “exposed the rotten underbelly of the San Diego sex industry”.

GirlsDoPorn is an adult subscription service launched in 2006 by New Zealander Michael Pratt and operated by Ruben Garcia and Matthew Wolfe. Filmed in homes, hotels and trailer parks, videos on GirlsDoPorn specialise in promoting the image of the “ordinary” college girl who is making her first and only pornographic film.

The women told the court they had replied to ads on Craigslist asking for “beautiful college-type preppy girls” aged 18 to 22 interested in modelling.

The women all said they were pressured into taking part. Those who tried to back out once it was clear what was involved were threatened, plied with alcohol and told they would have to pay for their own way home from San Diego.

They were promised that the footage would go straight to DVD for wealthy buyers in other countries, in particular Australia and New Zealand, where the defendants come from.

The videos were in fact uploaded to some of the most used adult sites in the world and have been viewed more than a billion times. Anonymous emails were sent to their families, universities and friends, linking them to the videos.

In her evidence, Jane Doe 1, who was studying law when the videos were released and seen by fellow students, family and friends, said: “I felt ripped apart, piece by piece. Honestly I wanted to commit suicide when it all came out … I tried moving away. I have tried going places people don’t know me and it just follows me everywhere.

He said: “Subscribers [to GirlsDoPorn] are meant to be left with the impression that the women in [the] videos are everyday women that they could encounter in their communities, campuses and daily lives.

“In accordance with this ‘one time only’ paradigm … business is dependent on recruiting a constant stream of new models. The court finds … that fraudulent practices [were used] to facilitate such recruitment.”

After the films were released details of the women were published on WikiPorn.

Enright said: “Defendants’ tactics have caused the videos to become common knowledge in [the women’s] communities and among their relations and peers – the very thing that [they] feared and that defendants expressly assured them would not happen.

“Collectively, they have experienced severe harassment, emotional and psychological trauma, and reputational harm; lost jobs, academic and professional opportunities, and family and personal relationships. They have become pariahs in their communities. Several plaintiffs have become suicidal.”

Bianca Bruna has been covering the case since August for San Diego Court House News. She told the Guardian that the #MeToo movement had a major impact on the trial. “[As] the only millennial female reporter to cover the trial in-person … I don’t think this trial could have had this result and I don’t think the Jane Does’ attorneys could have built a case and gotten them to agree to testify were it not for the #MeToo movement in the US.

“These are millennial women who grew up with the internet – they knew the consequences of pornographic videos ending up online which is why they asked where the videos were going before they were lied to. I was struck by how poised they were when they responded to invasive personal questions during cross-examination by the attorneys for GirlsDoPorn, including about their sex lives, relationships, mental health, substance abuse and even abortion.”

During the course of the civil trial, Pratt, Garcia and Wolfe were criminally indicted for sex trafficking, among other charges. Garcia and Wolfe are currently in federal custody. Pratt is a fugitive.

Jane Doe 1 also gave evidence about the enormous impact online publication and subsequent WikiPorn leak had on her life. She has since had plastic surgery to try to disguise her appearance.

At one point, the judge asked her if she needed a break from talking, as she described holding a loaded gun and thinking about taking her own life.

“I shake, I throw up from anxiety. I am on four different pills a day for anxiety. In law school I couldn’t focus.”

In November 2015 60 emails and phone calls called for her to be expelled. The emails went to the dean of the law school, and to the head of the student body with links to the video. “I felt ripped apart, piece by piece. Honestly I wanted to commit suicide when it all came out … I tried moving away. I have tried going places people don’t know me and it just follows me everywhere.

Her life, she says, is irrevocably changed, and her hopes of a legal career have been ended.

“I do not want a career as an attorney. My name is completely destroyed.”