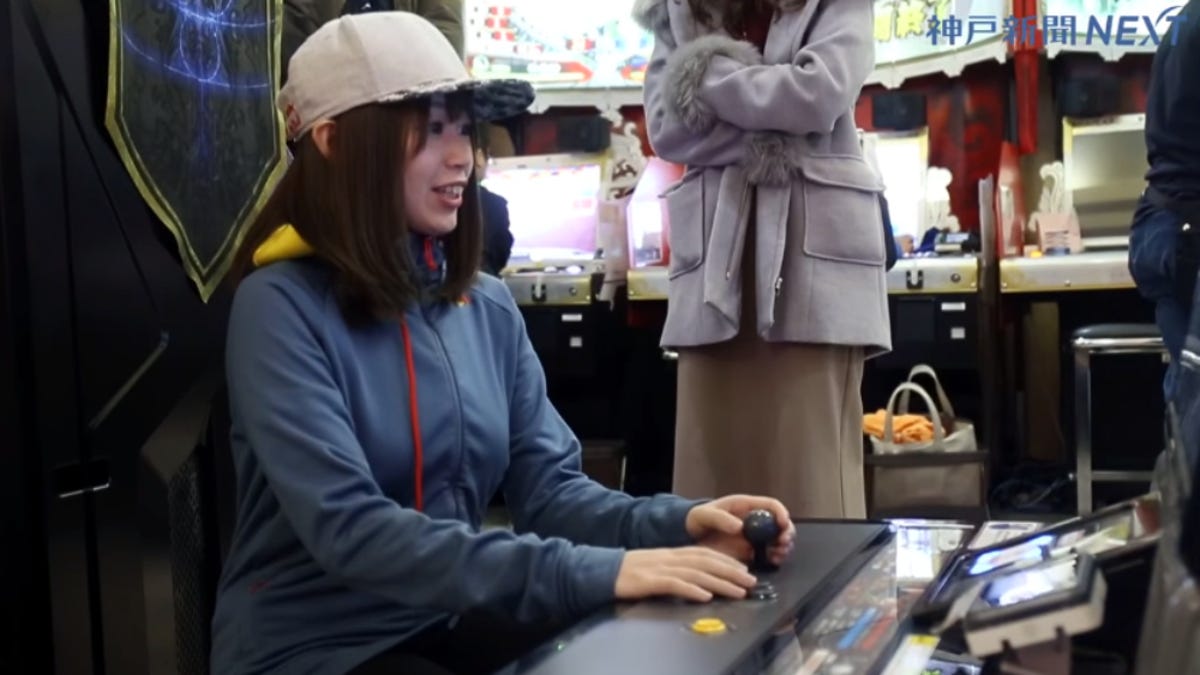 Professional Tekken player Tanukana has been booted from Osaka-based esports team Cyclops Athlete Gaming for remarks she made about men’s heights during a livestream, following a recent spate of far more incendiary remarks.

Cyclops Athlete Gaming competes in first-person shooters like PUBG, Call of Duty, and Rainbow Six Siege as well as fighting games like Tekken. She has been featured in the mainstream Japanese press, including this clip from newspaper Kobe Shimbun. She was, as Kotaku’s Ian Walker previously wrote, a rising star.

In a February 15 stream, Tanukana said, “Men who are under 170 cm (5 ft 6.9 in) don’t have human rights.” She added they should look into getting bone-lengthening surgery. (According to Healthline, the average height for men in Japan is 170.8 cm or 5 ft 7.2 in.) As of writing, Kotaku wasn’t able to confirm the content of the entire stream. However, in this clip, Tanukana also said people with A-cup sized breasts also didn’t have human rights. She certainly has seems to have a record of saying terrible things. Blog My Game News Flash has dug up earlier comments Tanukana made in a livestream in 2020, in which she apparently told someone during a stream to “kill themselves” and that they were “the trashiest trash of society.”

While in the west some might interpret her remarks as a poor meme or a joke, in Japan it set off a firestorm online with people calling it discriminatory. Obviously you can read it literally as a remark against a group of people, but power dynamics make it a bit more complicated than saying something truly discriminatory about a protected or vulnerable class.

In a now-deleted tweet, which can be seen here, Tanukana wrote, “It was pointed out to my that my stream contained hate speech.” She added that this was not her intention and that she poorly expressed her love of tall people. She did apologize, but it was hardly the kind of formal apology that’s become expected in Japan. This made people online even more upset.

In Japanese, the word for human rights is jinken (人権). But in gaming parlance, jinken refers to an item or character that all players need to have. On Twitter, a debate has ensued over whether the slang led to Tanukana’s remark. However, the slang use of the term “human rights” isn’t widely known in Japan, and numerous mainstream outlets led with Tanukana’s height comment.

When J-Cast News covered the story on Yahoo! News, the popular news site titled its article, “Men Under 170 cm Don’t Have Human Rights’ Popular Woman Pro Gamer Says ‘Sorry’ For Abusive Language.” (Note that J-Cast provided a transcript from the stream, and only the height comment is mentioned.) Japan’s most popular game sites like My Game News Flash picked up the story, also leading with her comment on men’s height—as would the coverage that followed from mainstream sites like Nikkan Gendai, Tokyo Sports, Daily Sports, Nico Nico, and more.

Cyclops also issued an apology, writing, “We’ve confirmed that on February 15, Tanukana, who is a member of Cyclops Athlete Gaming, made an improper remark on a stream. Regarding this matter, we would like to offer a deep apology to the fans, sponsors, and everyone else who supports us.”

And Tanukana apologized once again with a more formal tweet that addressed fans and the team’s sponsor, Red Bull. “I have deep remorse for this statement, which is unbecoming of a pro esports athlete and a member of society,” wrote Tanukana.

What’s more, all this happened against a backdrop in which “pro gamer” has been officially defined in Japan, and where there are licenses to game professionally. According to the Japan Esports Union, one of the main points that defines a pro gamer is “self-awareness of being a professional.” This stipulation seems to have been added so that esports pros are taken seriously in Japan.

Tanukana’s Cyclops page had a laundry list of sponsors that included Alienware and Red Bull. In the wake of the controversy, all the sponsors were scrubbed from her page. Sponsors don’t want controversy, even if things seem blown out of proportion. Teams need sponsors. It appears that something—or someone—had to give, and that’s exactly what happened. Cyclops later announced it had terminated Tanukana’s contract.

Since this article was originally published, Tanukana’s firing has truly gone nationwide. ANN News, one of the country’s biggest news stations, broadcasted the incident, reporting that Tanukana got fired after making a comment about men under 170 cm not having human rights.

While clearly Tanukana’s height comments were far from the most unpleasant remarks she’s made on a stream, they ended up arguably insulting, from the apparent perspective of the sponsors, half of the men in a country where the average height is 170.8 cm.

It has been alleged that she made far worse comments during this stream, but Kotaku has been unable to verify these remarks as the stream has been deleted, and Japanese news sites have only reported on the height remarks.