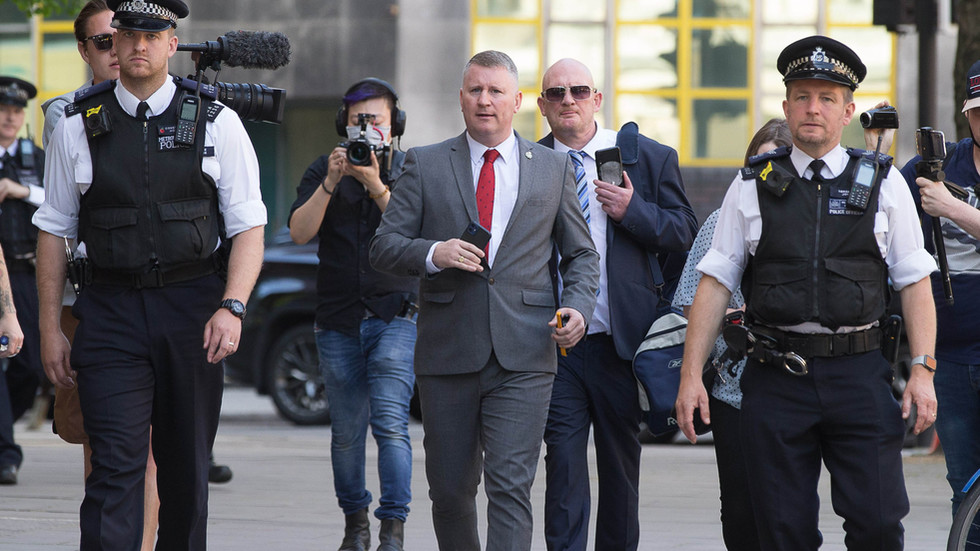 The leader of the anti-immigrant group Britain First was fined and given a suspended sentence for refusing to unlock his phone and computer to police after returning from a trip to Russia last year, under UK anti-terrorism laws.

Paul Golding, 38, was ordered to pay a £21 ($26) surcharge and £750 ($918) in costs, and given a nine-month “conditional discharge” by Chief Magistrate Emma Arbuthnot at the Westminster Magistrates’ Court in London on Wednesday.

He was charged with “wilfully refusing to comply” under Schedule 7 of the Terrorism Act. Police testified that Golding had refused their demand to unlock his iPhone and Apple computer when they stopped him at Heathrow Airport on October 23 last year, as he returned from a trip to Moscow.

Far-right leader of #BritainFirst Paul Golding has been convicted under the #TerrorismAct after failing to hand over his phone pin code after returning from a trip to #Russia. pic.twitter.com/L0Qy4VJniy

Arbuthnot said that the stop did not require “reasonable suspicion” under Schedule 7, and that there was “no doubt” that Golding failed to comply with police orders.

Schedule 7 of the Terrorism Act, passed in 2000, authorizes police to interrogate, search and detain anyone for up to six hours at UK ports of entry, as well as question people “in order to make a determination of whether they are or have been concerned in the commission, preparation or instigation of acts of terrorism,” in the words of Constable Rory O’Connor, who testified at the trial.

Golding has described Britain First as “patriotic, right-wing, conservative” but the group has been described by the media as “far-right” extremists, while its criticism of immigrants has been labeled “Islamophobic.” The group has fewer than 1,000 members and was deregistered as a political party in 2017, after failing to pay a £25 and file the proper paperwork.