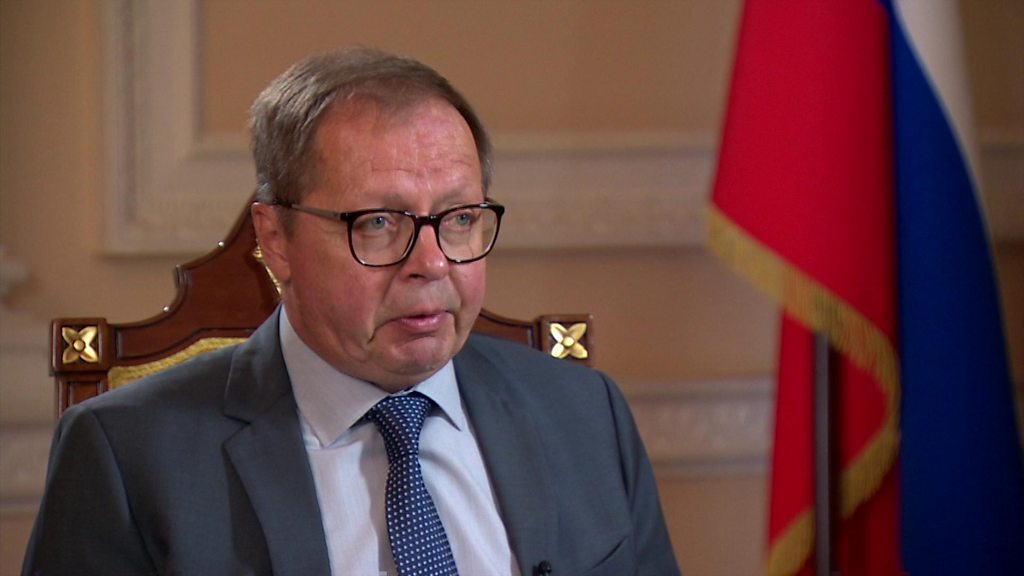 Russia's ambassador to the UK has rejected allegations that his country's intelligence services tried to steal coronavirus vaccine research.

"I don't believe in this story at all, there is no sense in it," Andrei Kelin told the BBC's Andrew Marr Show.

The papers, which emerged online, detailed UK-US trade discussions and were used by Labour in its election campaign.

"I do not see any point in using this subject as a matter of interference," Mr Kelin said.

"We do not interfere at all. We do not see any point in interference because for us, whether it will be [the] Conservative Party or Labour's party at the head of this country, we will try to settle relations and to establish better relations than now."

The interview comes days before a report into allegations of wider Russian interference into UK democracy is due to be published by Parliament's Intelligence and Security Committee.

On Thursday, UK, US and Canada security services said a hacking group called APT29 had targeted various organisations involved in Covid-19 vaccine development, with the likely intention of stealing information.

The UK's National Cyber Security Centre (NCSC) said it was more than 95% certain that the group, also known as The Dukes or Cozy Bear, was part of Russian intelligence services.

Asked whether that was true, Mr Kelin did not directly answer, but said: "I learned about their existence from British media."

"In this world, to attribute any kind of computer hackers to any country, it is impossible," he said.

Mr Kelin went on to dismiss a suggestion that it would be an "advantage" for Russia to know about vaccines in development. He said Russian pharmaceutical company R-Pharm had already entered a partnership with AstraZeneca to manufacture the coronavirus vaccine being developed at the University of Oxford, should it prove effective.

Two weeks ago, Russia voted in favour of a wide-ranging set of constitutional changes, which included clauses banning same-sex marriage and making it possible for President Vladimir Putin to stay in power until 2036.

Mr Kelin stressed that Russia was not "accusing the United Kingdom as a state" of being involved in the cyber-attacks and did not give further details as to their nature.

Andrew Marr also asked Mr Kelin whether he had seen the recent BBC miniseries, The Salisbury Poisonings, which dramatised the poisoning of former spy and MI6 informant Sergei Skripal and his daughter Yulia.

"I saw part of them," he said, adding that it was "so dull" he could not watch the three-part series to the end.

The UK has accused two Russian military intelligence officers of being behind the poisonings but the ambassador indicated Moscow was keen to move on from the incident, saying: "We still do not understand why some spy story should disrupt these important business relations which will be very helpful to Britain... when it is exiting from the European Union. 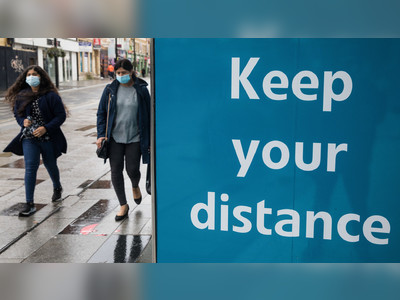