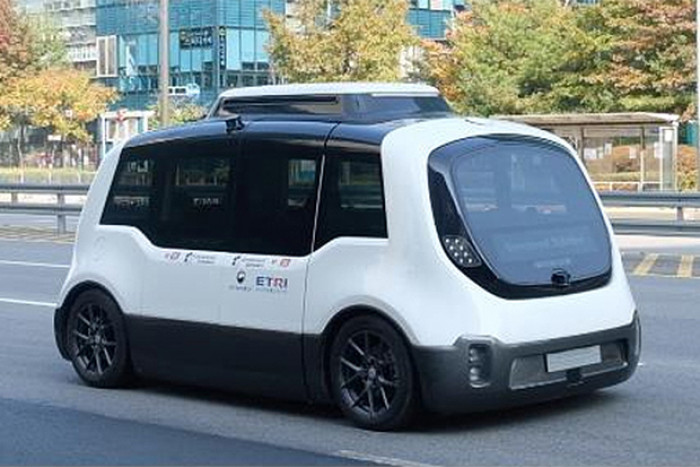 The Seoul City government will put seven self-driving vehicles and three unmanned delivery robots on actual roads in the city as part of its smart mobility project.
The city held a launch ceremony for the programme on Tuesday in Sangam-dong, western Seoul, with LG Uplus, Unmanned Solution, Control Works, Dogugonggan, SML, Automos, Spring Cloud and Yonsei University, according to Pulse.

It will operate three buses, four sedans and three delivery robots on uncontrolled roads in Sangam-dong to test autonomous cars and robots in real-life road conditions.

The vehicles will be used for contactless car-sharing service, automatic parking and item delivery service to places where cars cannot reach.

The city said the driverless cars are equipped with cutting-edge sensors and system that can detect traffic signs every 0.1 second to prevent accidents.

Citizens can apply for free-rides on the buses that will travel a 3.3-kilometer-long route starting from Digital Media City station and passing Nurim Square six days a week at http://topis.seoul.go.kr, the city’s website offering traffic information.

“In the future, everyone including people without a driver’s license and the mobility-impaired can have freedom of movement,” said Hwang Bo-hyun, head of city traffic division of the Seoul City government.