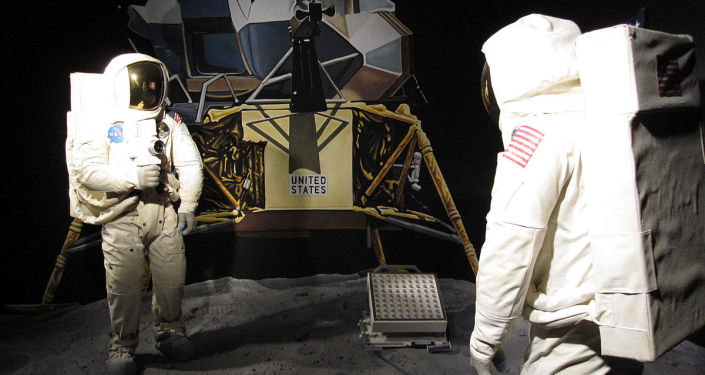 Sex in Space: Why Do Astronauts Keep It on Hush-Hush and Will It Become New Normal?

Sex in space may sound romantic but it's not as easy as it may seem: there are lots of factors which can reduce one's drive, starting with astronauts' fairly busy work schedule and difficulties of accepting a match and ending with Newton's third law of motion in conditions of microgravity.

The sexual life of humans in space is by no means a frivolous issue, given that long-duration missions onboard the International Space Station can last for months, let alone projected flights to the Moon or Mars. If such matters of personal hygiene and social ritual for space crews have been considered in detail, why not human sexual activity? Astronauts, when queried, remain tightlipped about it. Is sexual intercourse possible in space?

Sex in Space: How It Works

"Yes, it is possible," says Kira Bacal, a physician and scientist who worked as a clinical consultant for NASA. "Humans have been having sexual relations in all sorts of weird and wonderful and odd places, I think, since our species began."

For starters, one must reportedly master the trick of doing it in conditions of low gravity, which creates some of its own challenges in terms of geometry and physics, according to the scientist.

"Obviously in microgravity, if I push on you, we both go in different directions, whereas on Earth, depending upon my mass relative to your mass, and if we're in a bed or a couch or something, you don't go away and I don't go. If only one person in space is tethered, obviously this person doesn't move, but the other person does," she points out. 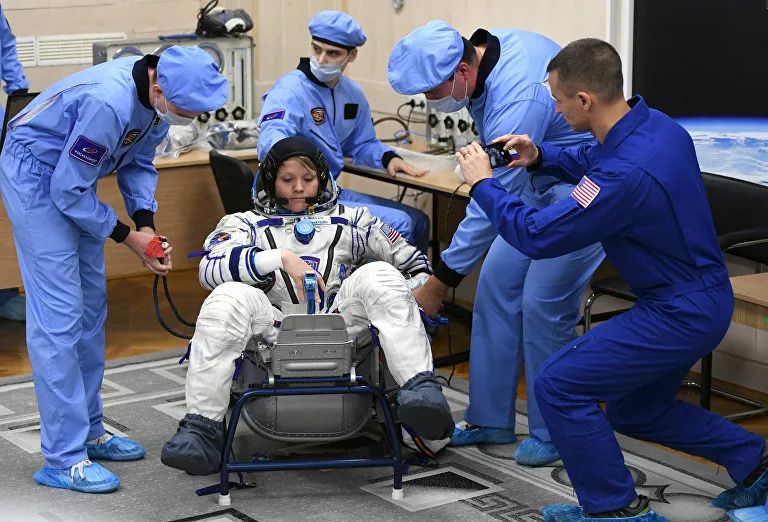 Once the consenting adults become comfortable in their weightlessness, they can come up with all sorts of exciting and interesting positions, but it will take a time and effort to make it happen, the scientist notes. Yet another issue to address that can make space sex messy is the bodily fluids involved in the process and their behavior in microgravity, compared to how they behave in a 1G field.

"There's a recent study that shows that the hearts of astronauts are actually smaller than it is on Earth," he says, adding that "we see that our blood vessels, muscles may well change." He also details that, for heterosexual couples seeking ordinary intercourse, "that may influence the ability to get an erection and maintain an erection, obviously critical for successful intercourse."

Typically, astronauts do not have much free time to flirt during the flight, scientists say. At the same time, depending upon the makeup of that mission, there may not be anyone suitable.

"I think that a lot of the libido and sex drive for many will be somewhat reduced by the other factors that we've talked about by being far from home, by having in most cases a fairly busy work schedule," Bacal says. "You have moonlight, but it's not exactly candlelight. So, it's not a very romantic setting. And you simply may not have accessible mating candidates."

On the top of this is the issue of privacy, "because the crews are - for at least the foreseeable future, not likely to have a place with a lot of privacy," Bacal remarks, suggesting that this "may put out the fires of passion for some people." 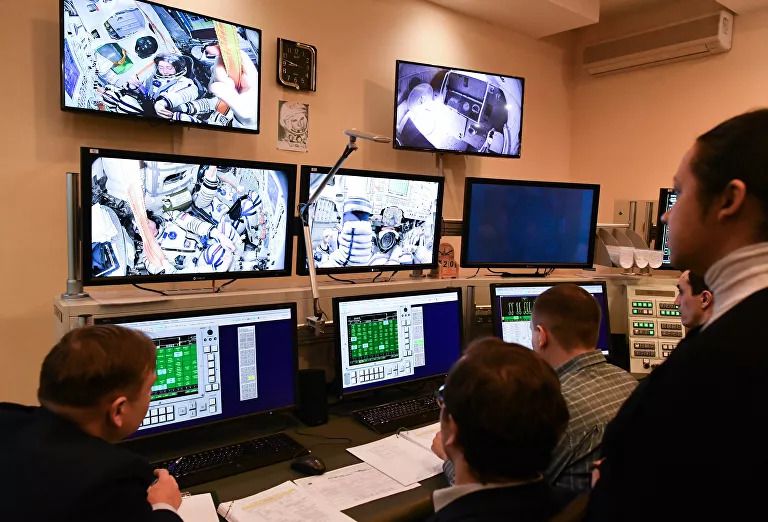 In a worst case scenario, when sexual urges are overwhelming, astronauts "may take matters into their own hands, so to speak, and find other ways of soothing those desires," she adds.

However, it may not come to that: usually, when people go to orbit their habits change. For, instance, some people go off their food and have no appetite for most of a mission, the scientist notes, presuming that "it is certainly possible that sexual appetites may change in the same way."

"Most astronauts only go into space for a short period of time, maybe a few months due to those influences on the physiology and the health of the astronauts," says Watkins. "So it may well be a case for most of us, because they're so busy up there. Sexual desires and sexual fulfillment are just not necessarily on their own… They can resume their normal sexual relationships once they come back to Earth."

But what if astronauts get stuck on the Moon or Mars? Satisfying those sexual urges may become more significant, scientists agree.

The desire to have sex during long-duration missions turns the spotlight on another important issue; reproduction in space.

"If we are going to establish new human colonies outside of Earth, on the Moon or Mars or other planets, then obviously reproduction, having new children, is going to be something we will have to address," says Watkins. "And this is something that NASA and other space agencies have looked at."

NASA's 2010 and 2011 experiments with mice did not bear fruit. Furthermore, some of the female mice that traveled to the space station stopped ovulating, while others lost their corpus luteum, a mass of cells responsible for the production of the hormone progesterone during early pregnancy. NASA's in vitro fertilisation (IVF) experiments worked a more positive result, although the embryos appeared to develop a more slowly than they would on Earth, the professor points out.

"Also in space, there are huge amounts of cosmic radiation coming from the Sun," Watkins underscores. "And astronauts in space for a long time will need to be shielded from that. And a developing fetus in the womb would be very, very susceptible to that increased amounts of cosmic radiation. And so I think that the idea of sending a pregnant woman into space may not be the best idea."

Sending frozen sperm kits and egg packets to another planet, the moon, or Mars and using IVF techniques may work, however, according to the professor.

While intimate relationships are likely to become accepted as necessary during future long-distance travel, many questions remain, according to Bacal. Will crew members be picked not only for their skillset but also for their sexual compatibility? What if a love-life drama of possession and jealousy endangers a critical mission?

"We're talking about now trying to factor in sexual compatibility, how do we do that?" she asks. "Would we not include astronauts who are gay? Is it okay to have somebody who's the odd man out? Can the two work together well during their breakup? What do you do if there are sexual tensions where two people decide to have a relationship, then that breaks apart and then one of them goes with another crew member? Can all three still work together professionally?" 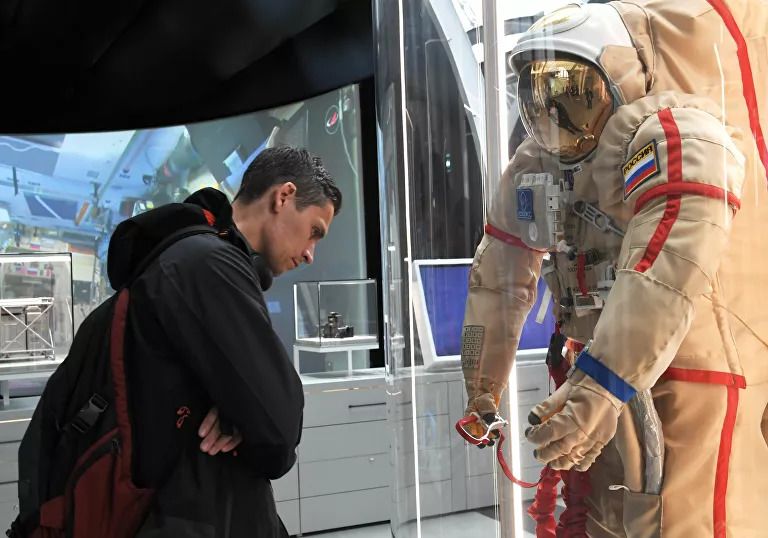 An exhibition visitor examines the Orlan-MKS spacesuit in the Space / Mechanical Engineering pavilion at the Exhibition of Economic Achievements in Moscow.

Watkins believes that humans will solve the pending dilemmas and make sex in space a new normal:

"I'm sure on much longer journeys astronauts will work out what's the best way to have an intimate relationship, to have sex whilst all was done with zero gravity," the professor suggests. "And I'm sure there may even be space tourism, we are aware of people who like to have intercourse whilst on airplanes, the so-called 'Mile High Club', and I'm sure space tourism takes off as well. People will be very, very interested to have it in space or in low gravity."

Interested people will soon acquire additional information about how a sexual life can work in space and there will likely be people and astronauts and agencies who will make it a centerpiece for profitable research, according to the academic.