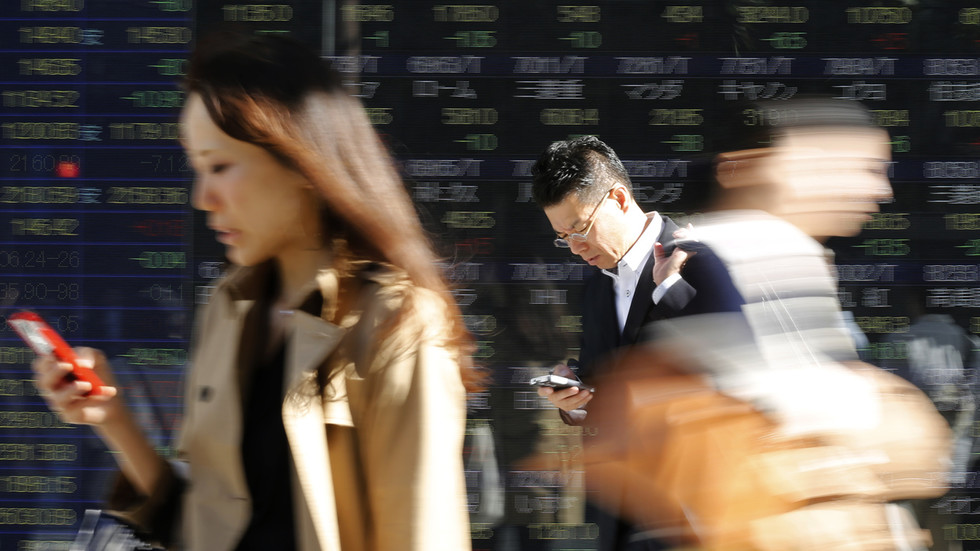 'Smartphone zombies' BANNED from texting while walking in Japanese city

Using a smartphone while walking has been banned in the city of Yamato, making it the first place in Japan to bring in a rule to stop distracted ‘smartphone zombies’ from endangering themselves and others.
The new ban will come into effect next week, after a draft order was passed by the city’s assembly on Thursday. There will be no penalty for those who ignore it, but the city said it hopes people will recognize that “smartphones should be used when not in motion.”

If city dwellers want to use their phones while on the move, they should stop in a place that isn’t obstructing traffic, it is advised.

In January, a study was conducted at two locations in Yamato and found that about 12 percent of pedestrians were using their phones while walking. These people have been dubbed ‘smartphone zombies’ or ‘smombies’ due to the danger they can pose to themselves and others either by tripping up or walking into traffic or other pedestrians.

A man was arrested in Fujisawa last year after he hit a woman who was on her phone while walking on a subway platform, knocking her to the ground. The man said he did it to “teach people who walk while texting to watch out for others.”

It appears the phone-obsessed urbanites aren’t only posing a problem in Japan, as many other places around the world have made similar efforts to deal with the issue.

Last year, the city of Ilsan in South Korea had to install laser beams and flickering lights at pedestrian road crossings to warn people to look up and be aware that they are about to cross a road. A number of German cities have installed ground-level traffic lights in the pavement to alert people to upcoming roads, and and the Chinese city of Wenzhou introduced a small fine for those who text while crossing roads.