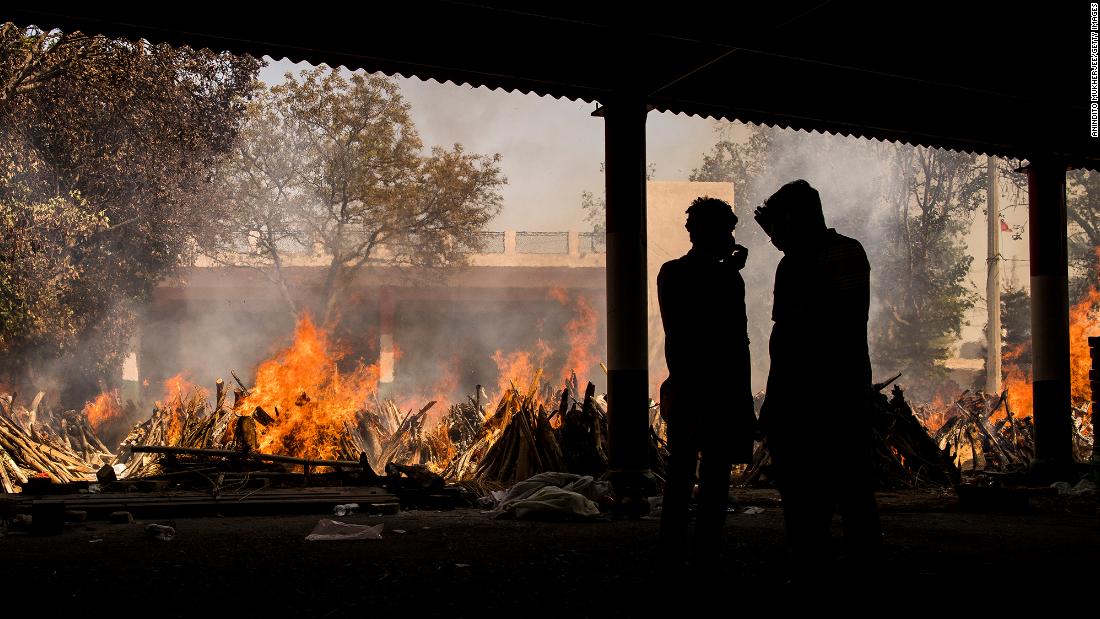 Social media is a lifeline for desperate Indians. And a threat for Narendra Modi

Even as Indians turn to Twitter, Facebook and other social media during one of the country's darkest hours, the Modi government seems to be cracking down on dissent on the major platforms.

On most days, Network Capital, a business networking group with over 67,000 members on Facebook (FB), focuses on providing its community with information on job vacancies, higher education, and careers.

Recently, however, the group has been flooded with posts from users looking for hospital beds, oxygen and medicines, as a devastating second wave of Covid-19 sweeps India. Critics of Prime Minister Narendra Modi say his handling of the pandemic is to blame, pointing to decisions to allow mass gatherings of people.

Members of the Facebook group, mostly Indian professionals, have responded swiftly to appeals for help, at times sharing extensive Google (GOOGL) spreadsheets with details of medical suppliers and volunteer organizations.

"In such times of political polarization, it leaves you with a lot of hope when you see people come together like this," said Utkarsh Amitabh, a former Microsoft (MSFT) employee who started Network Capital on Facebook in 2016.

He isn't the only one organizing relief efforts on social media.

Over the last couple of weeks, as India's Covid-19 crisis has deepened, American social media giants have become platforms of hope for millions of people. 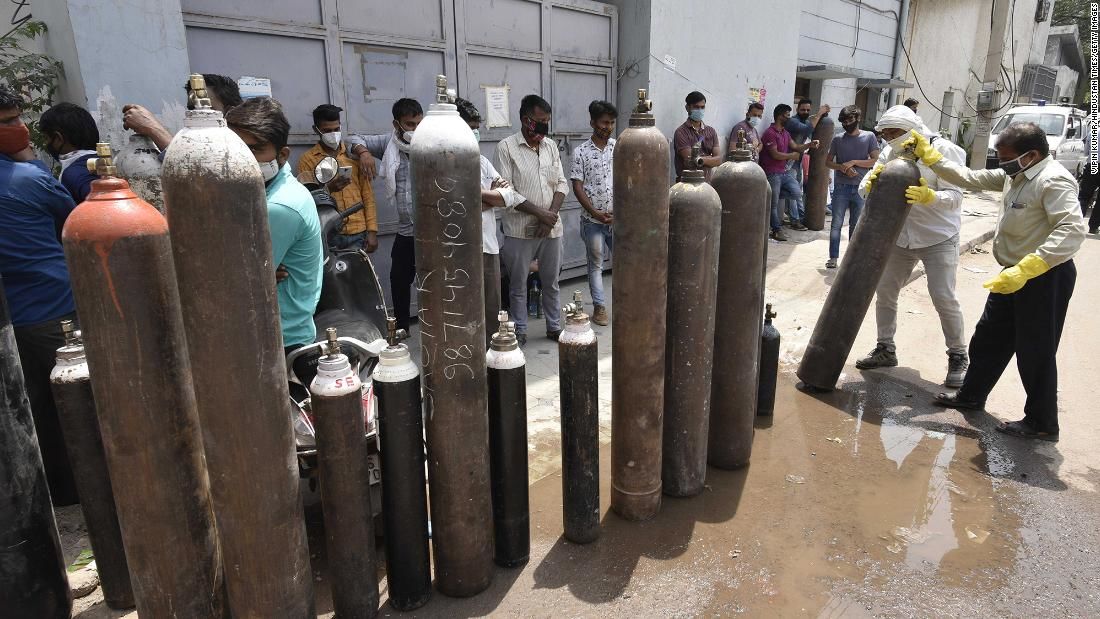 The world's second most populous country has recorded over 18 million cases since the pandemic began — and its health care infrastructure has crumbled under pressure, with hospitals running out of oxygen and medicines.

Social media influencers, from Bollywood actors and cricketers to comic artists and entrepreneurs, have been amplifying SOS calls on their accounts. Others have offered to cook meals, clean homes and walk pets for Covid-19 patients. Some have even managed to find help for friends using dating app Tinder.

On LinkedIn, companies and nonprofit organizations have launched donation initiatives, Ashutosh Gupta, the company's country manager for India, said in an email. Raheel Khursheed, Twitter's former head of news in India, said amplifying messages was one way Indians could feel like they were helping.

"It is endearing to watch others help Covid-19 patients on Twitter, but it is also distressing to see how little we can do," said Khursheed, who now runs a video streaming company. "We don't know what to do in a pandemic. I don't have an oxygen cylinder lying at home, so other than amplifying, I can't do much."

But even as Indians turn to social media during one of the country's darkest hours, Modi seems to be cracking down on the major platforms in an attempt to stifle dissent. Last month, Twitter removed several tweets about Covid-19 at the request of the Indian government, including some that were critical of the Prime Minister's handling of the pandemic.

New Delhi's intervention has put the social media companies in a difficult position in one of their biggest markets, wedged between their users and a government that recently introduced new rules that could make them liable for not removing controversial posts. 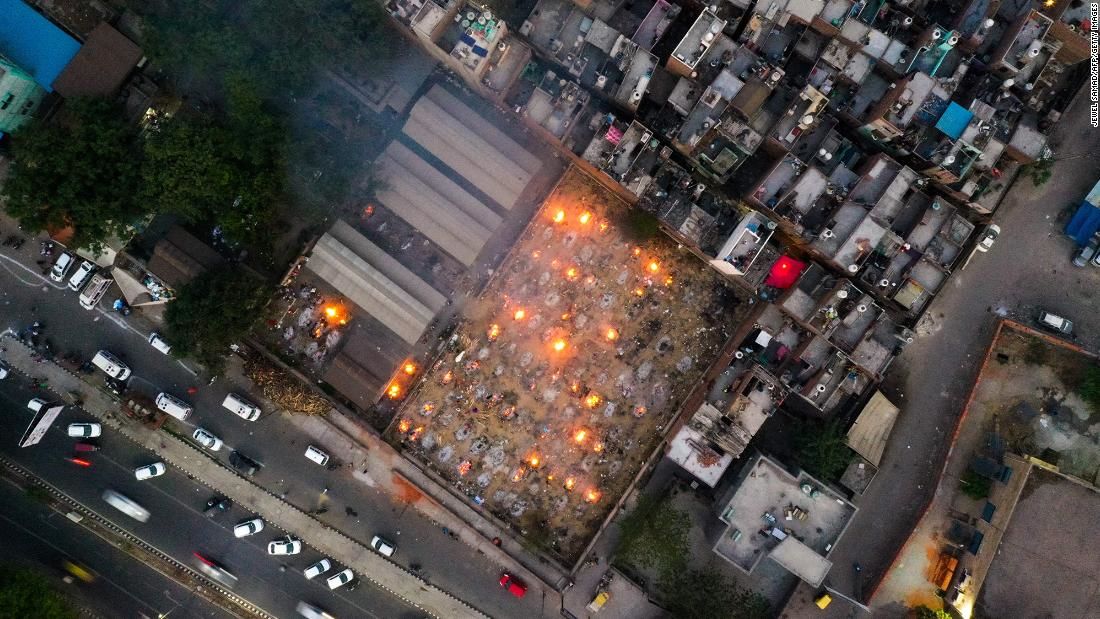 In this aerial picture taken on April 26, burning pyres of victims who lost their lives due to Covid-19 are seen at a cremation ground in New Delhi.

Each day, images are shared on social media of the anguish unfolding in India, amid mounting public anger against the ruling Bharatiya Janata Party (BJP) for not doing enough to control the brutal second wave. As well as asking for help, people are posting critical comments using trending hashtags including #ResignModi, #SuperSpreaderModi, and #WhoFailedIndia.

Twitter declined to reveal the number of Covid-related posts on its platform in India and, when asked about its India-related traffic during this surge, Facebook sent CNN Business a list of seven community groups working on pandemic-related issues. 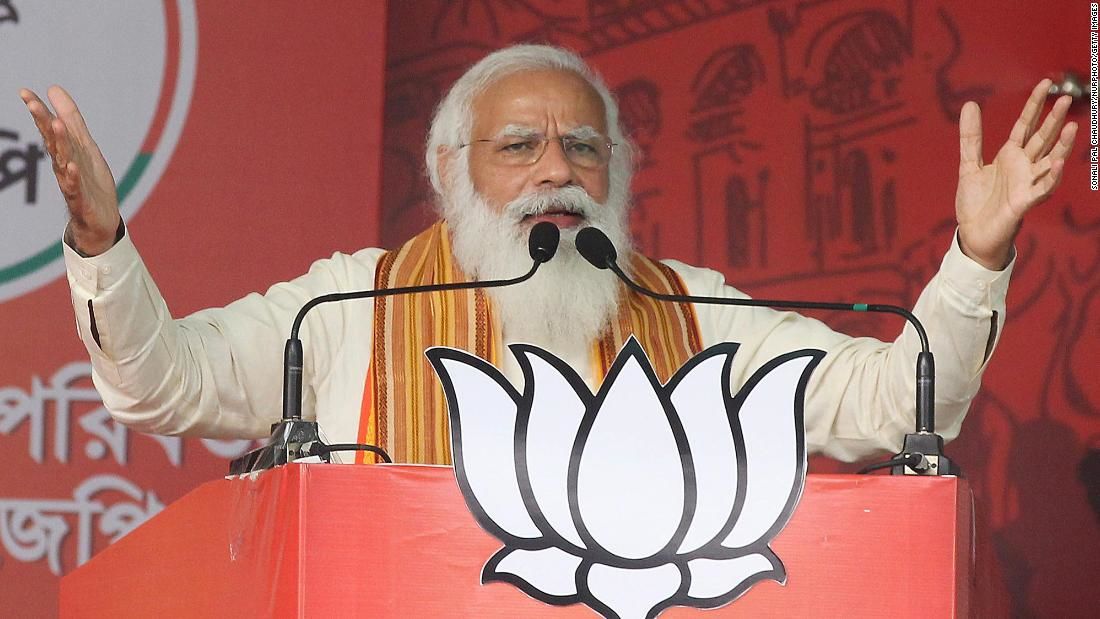 In a statement last week, India's Ministry of Electronics and Information Technology said it had asked Twitter, Facebook and others to remove around 100 posts by users it accused of spreading fake or misleading information. The users had created "panic" about the latest Covid-19 wave by "using unrelated, old and out of the context images or visuals, communally sensitive posts and misinformation about Covid-19 protocols," the ministry said.

A Twitter spokesperson confirmed the company had withheld those tweets in India — but users outside could still see them. Modi is particularly active on Twitter, with over 41 million followers.

The government order angered many users on social media, who criticized New Delhi for focusing on its own image, instead of the crisis.

Pratik Sinha, co-founder of fact-checking website Alt News, said he does not buy the government's explanation that it was going after fake news. "There are hundreds of thousands of posts with fake news on social media during the pandemic, why take down only these 100 and let the others stay?" he said. "A lot of the tweets [which were removed] were in the form of opinion with no element of misinformation," he added.

Some of the tweets were posted by opposition politicians, who blamed Modi for the devastating Covid-19 surge.

Pawan Khera, spokesperson for opposition party Congress, sent a legal notice to Twitter seeking reinstatement of his post, in which he questioned the Modi government for allowing mass gatherings at Kumbh Mela — one of the largest religious pilgrimages on Earth — and holding election rallies. The notice said the removal of his tweets was "arbitrary" and "illegal." Twitter has not responded to a request for comment. 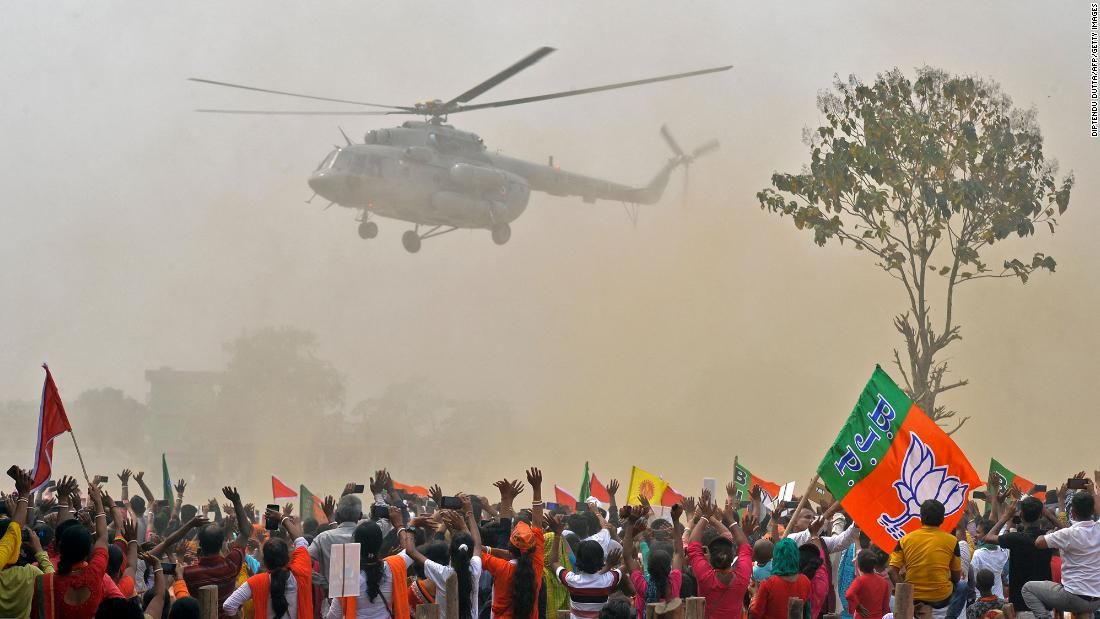 Supporters of Modi's Bharatiya Janata Party (BJP) wave towards a helicopter carrying the prime minister as he arrives at a rally on April 10.

Days after Twitter blocked posts critical of Modi's response to the crisis, the police in the BJP-run state of Uttar Pradesh pressed criminal charges against 26-year-old Shashank Yadav who used the platform to try to find an oxygen cylinder for his dying grandfather, according to the BBC.

Yadav has "been booked for spreading misleading information" about oxygen supply, a police officer told The Indian Express newspaper.

On Friday, India's Supreme Court told states not to target citizens communicating their grievances on social media. "Let us hear their voices. We will treat this as contempt if any citizen is harassed if they want bed or oxygen," India's top court said.

This isn't the first time Twitter has been caught in the government's efforts to crack down on dissent.

In February this year, as farmers protested Modi's new agriculture laws, the company clashed with the Indian government over its order to take down accounts. While Twitter ultimately complied with part of the order, it refused to take action against journalists, activists or politicians.

"What I am surprised by is that this time Twitter actively removed these tweets — in what seems like an act of censorship — when they had stood up to the government in February," said Nikhil Pahwa, an internet activist and founder of tech website MediaNama.

So what's changed since then? Pahwa pointed to India's new rules for Big Tech firms, which were unveiled shortly after Twitter showed resistance. According to the new guidelines, large social media companies have to appoint a chief compliance officer, who may be held liable in any proceedings if flagged content is not removed, legal observers say.

"The officer can be personally liable in criminal proceedings relating to hosted content, if the platform fails to satisfy a number of obligations now imposed on social media companies, including an obligation to take down content based on a government order," Anirudh Rastogi, founder of tech law firm Ikigaw Law, told CNN Business.

Soon after the release of the new rules, the government reacted to reports about company employees risking arrest if they fail to comply, saying it has never "threatened the employees of any of the social media platforms of jail term."

Stuck between a rock and a hard place

Twitter isn't the only company that drew attention last week for taking down posts.

On Wednesday, Facebook blocked posts with #ResignModi for several hours. "We temporarily blocked this hashtag by mistake, not because the Indian government asked us to, and have since restored it," Facebook said in a statement.

And Pichai remains optimistic about being able to work amicably with authorities in the country. "I think one of India's strengths is a deeply rooted democratic tradition, based in freedom of expression and allowing for diversity of viewpoints ... In the past we've been able to work constructively with governments around the world, and we'll continue that approach here," said Pichai.

India is one of the largest markets for Big Tech firms, and it would be tricky for them to stand their ground if the Modi government continues to put pressure on them.

Facebook, which also owns WhatsApp and Instagram, has 400 million users in India, more than in any other country. Twitter does not break down user data for India, but third-party research suggests it is one of its larger markets. Professional social network LinkedIn counts India as its second-biggest market with more than 76 million users.

For now, most of these companies are tight-lipped about the impact of the new rules on their operations. Experts don't think they have much choice but to comply, if they're going to continue to operate in the fast growing market.

"I do hope Twitter stands up for its users and rolls back [their decision to block tweets,]" said Khursheed. "But there is not much wriggle room in terms of compliance because now there is jail time for this sort of stuff."

"Institutions that protect free speech in the US are way stronger than they are in India."