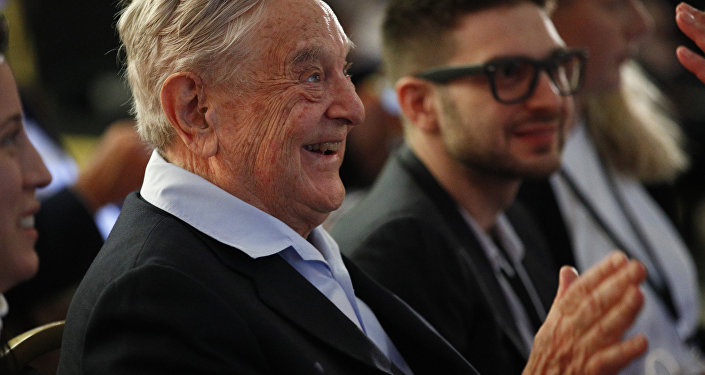 The major reform of the UK's railways will unify many of the auxiliary services, such as setting fares, selling tickets and maintaining infrastructure, under the wing of one state company called Great British Railways.

The plunge in share price of the UK's largest railway ticket-seller, Trainline, has netted huge profits for SFM UK Management LLP – the British arm of George Soros' Fund Management - which opened a short position against the company's shares just before their drastic fall of 23 percent on 20 May which had been preceded by another fall of 32 percent.

The shares plummeted on news that Trainline might be stripped of its 70 percent share of the online market after it was announced that the British railways are to be overhauled.

The Soros Fund's British arm shorted around 0.7 percent of the ticket-seller's shares, meaning that it borrowed them to sell at a greater price and then bought them back when the price dropped, netting the difference as a profit. Essentially a short position means that an investor is betting on a company's shares falling.

Since it was such a dramatic fall, SFM UK Management LLP was bound to make a fortune from its bid, which surfaced in the Financial Conduct Authority’s public disclosure. However, there is no telling how much exactly the financier's institution earned from this transaction: it is unclear what the average selling price was when SFM opened its position and whether SFM has closed it already.

The drop in Trainline's prices itself was no surprise, according to Russ Mould, investment director at British digital stockbroker AJ Bell, in a comment for CNBC. He explained that London's decision to unify all the railway-related services - except for the trains, which remain private - was a major blow to businesses such as Trainline, which accounts for 70 percent of online railway tickets sales.

When there are limited barriers to entry for a business there are always risks as rail ticket-seller Trainline is discovering that to its cost today, lending credence to financier George Soros’ decision to short the stock through his UK investment arm," Mould said.

Trainline was steadily growing until 2020, when coronavirus severely hit all transportation companies. The firm's revenue tanked by more than 70 percent as the lockdown came into effect across the UK and people feared travelling on public transport because of the risk of catching COVID-19.