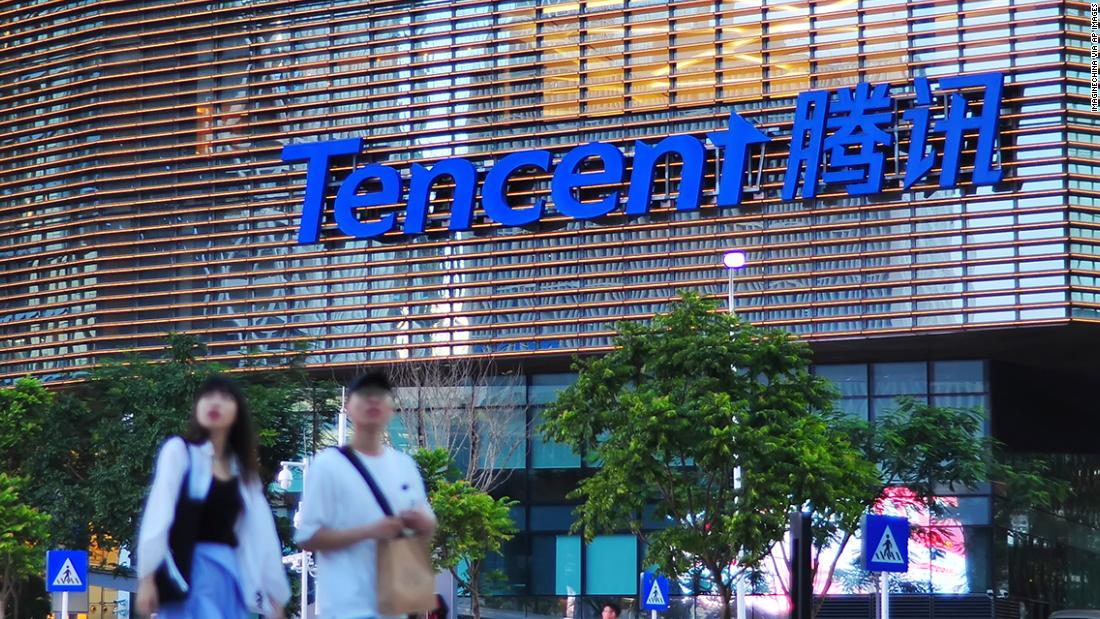 Tencent vs. Alibaba: Why one Chinese titan is slumping while the other soars

Tencent stock (TCEHY) is having its worst day in months after a lackluster earnings report.
Chinese giant Tencent (TCEHY) is in a slump. The company's stock fell 2.3% in Hong Kong on Thursday, making it the day's worst performer on the Hang Seng Index (HSI). It was also Tencent's biggest daily percentage drop in three weeks.

Investors were dispirited by a lackluster earnings report. On Wednesday in New York, the WeChat owner said that net profit for the third quarter dropped 13% compared to a year ago. It partly blamed a slide in revenue from PC games and advertising, particularly on its video streaming platform.

On Monday, Alibaba once again broke its record for Singles Day, the world's biggest annual shopping event that continuously rakes in more than Black Friday and Cyber Monday combined. Two days later, the e-commerce titan confirmed after months of speculation that it would hold a splashy secondary listing in Hong Kong. It aims to raise up to $13.4 billion in what would likely be the world's second-largest public offering this year.

To be clear, the two are fundamentally different companies. Alibaba's core business is e-commerce, while Tencent is primarily known for WeChat, the ubiquitous "super-app" that can be used for anything from social networking to digital payments.

Tencent also has a huge gaming business, which includes popular titles like "PlayerUnknown's Battlegrounds" (PUBG) and "Call of Duty: Mobile."

The two companies have "performed on par historically," internet research analysts at Bernstein have pointed out. In an August research note, they wrote that "over the past 20 years, their earnings and market caps are similar, and both grew at around 30% annually."

But Alibaba's stock has done much better this year, rising 33% compared to Tencent's 3% growth.

Alibaba is also outperforming the broader New York Stock Exchange (NYA) by about 15%, while Tencent has edged the Hang Seng Index (HSI) by 1%.

Bernstein predicted earlier this year that Tencent's revenue will grow slower than Alibaba's for the next three years because the WeChat owner's business is spread out across several segments that are growing at different paces.

Tencent, which is the world's largest gaming company, was hit hard by a regulatory crackdown on the sector in China last year.
While the firm has started to bounce back -it said this week that revenue from online games and smartphone games both increased year-over-year -investors are still wary of further roadblocks. Any "unsuccessful launch of new games" is a major potential risk in the company's outlook, analysts at Jefferies wrote in a note Wednesday.

Tencent has other challenges, such as China's economic slowdown, which has been hurting the online advertising sector. The company was also caught in the NBA's geopolitical crisis in China last month, after a team manager's tweet expressing support for the Hong Kong protests forced its Chinese partners to cut ties with the league. Tencent is the exclusive digital partner for the NBA in China, and canceled the streaming of two preseason games during the controversy.

On Wednesday, Tencent president Martin Lau said that he hopes the NBA problem "resolves itself."

Overall, however, most analysts remain extremely bullish on Tencent, citing its ability to grow its fintech business and expand mobile gaming as a way to rebound. The average recommendation on the company is "strong buy," according to data provider Refinitiv.

Bernstein analysts said Wednesday that Tencent's mobile gaming and advertising revenue is likely to accelerate in the coming quarters, and its video streaming business should also stage a recovery.
#Alibaba