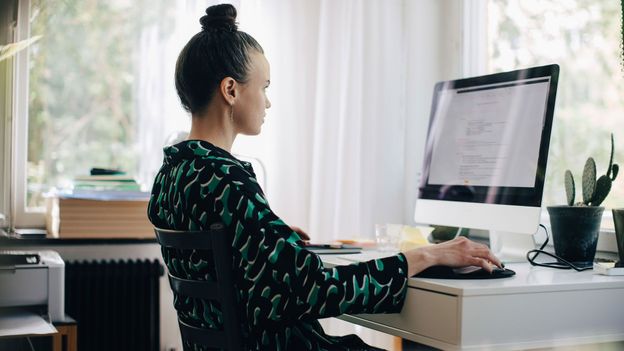 Workforce monitoring continues to increase amid remote work, with no signs of slowing. Is surveillance the new norm?

Joshua is aware that having his work monitored is part of the job.

The London-based trader’s workplace uses a software system that automatically tracks his activity. Every detail of Joshua’s work computer has been optimised for monitoring: from its screen timeout fixed to the shortest setting, making it easier for his boss to check if he’s idle; to a specially designed instant-chat tool that must be used for any communication with colleagues. He works from home under the presumption that his boss can see every login, keystroke and flick of the touchpad.

Joshua, whose surname is being withheld for job-security concerns, says he’s so used to being tracked, he often forgets about it. “Investment banking in general operates under paranoia: the data we have is so sensitive that a disgruntled employee could do real damage.” Although he’s never explicitly been told he’s monitored, Joshua explains it’s a given in his industry; UK regulatory law requires financial firms to have a compliance monitoring programme. In the US, financial institutions are mandated to keep a record of all work-related communications.

For Joshua, it creates a workplace culture where any misstep can be spotted – and punished – thanks to monitoring technology. “You have to assume that everything you write is being read by management,” he explains. “It’s fine until the day you get caught off-guard and faced with the sack for saying something that’s deemed inappropriate.”

Employee monitoring has existed for a while in various guises, from timekeeping on factory floors to the collection of worker data in heavily regulated industries, such as finance. However, surveillance software, often clandestine in nature, has begun to creep further into white-collar jobs amid the pandemic – and it’s spread to sectors that traditionally haven’t required the scrupulous tracking of workers.

Now, as remote and hybrid working patterns are increasingly becoming the norm, employers are seeking to manage output and teams through monitoring software in response. While this can help enable out-of-office collaboration, in some cases, such surveillance tools can also be implemented through the paranoia that workers won’t do their job away from the boss’s gaze. But if employees tend to dislike being surveilled, could that erode their trust and morale? Or is it not necessarily the technology, and rather how it’s being implemented, that’s the issue? 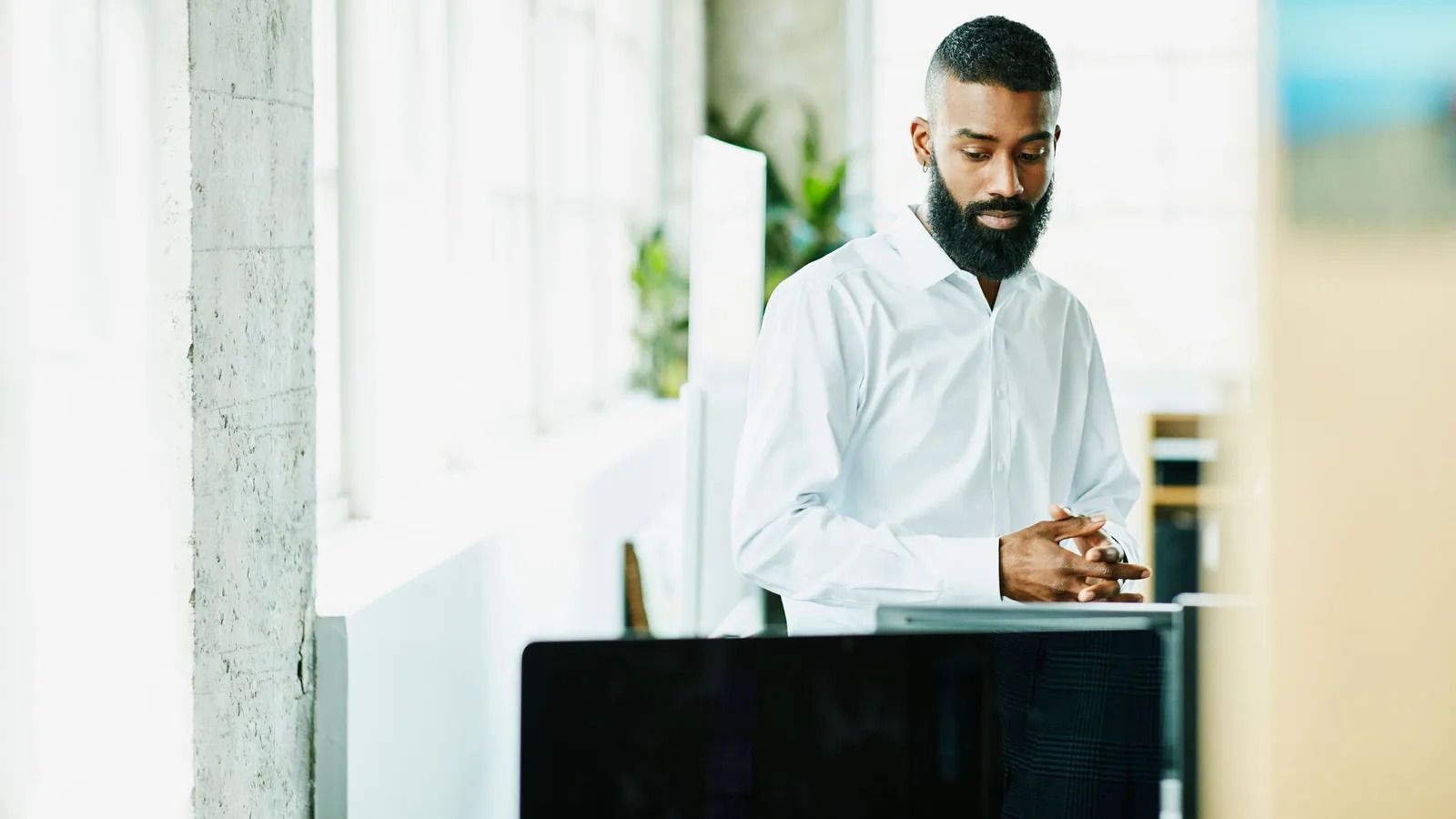 In some industries, surveillance has always been woven into corporate culture – in others, it's a new, unwelcome surprise

The rise of employee monitoring

In some instances, workers have been tracked in their jobs for decades. From surveillance on shop floors to monitoring in call centres, some bosses have long relied upon technology to help monitor employees – whether it’s for security or performance-related reasons.

Scott Walker, managing director of UK human-resourcing provider XpertHR, says employees in these types of industries tend to have greater acceptance of monitoring, in that its value to the business has been long established. “In certain workplaces like call centres, monitoring is used for coaching purposes. In other industries that require legal compliance, data collection makes sense.”

However, the pandemic has triggered a widespread surge in employee monitoring. As teams began working from home, some bosses leveraged surveillance software to keep tabs on productivity. A December 2021 survey of more than 2,209 workers in the UK showed that 60% believed they had been subject to some form of surveillance and monitoring at their current or most recent job, compared to 53% in 2020.

Such monitoring tools have only grown in prevalence – even as large swaths of the workforce have returned to the office on a full- or part-time basis. According to consulting firm Gartner, the number of medium-to-large US employers that use monitoring tools has doubled to 60% since March 2020.

Brian Kropp, Gartner’s group vice-president and chief of HR research, says that figure is set to hit 70% within two years. “Originally, companies were concerned with everyone working from home: ‘Will they work or just sit around and watch TV?’. Tracking tools were introduced to monitor productivity.”

Much of this surveillance software has since been installed on work computers, with or without employee knowledge. Dubbed by some as ‘bossware’, various programs can log keystrokes, take screenshots and surreptitiously activate employees’ webcams while working from home. Often, this technology runs undetected, meaning workers can be unaware that their boss is effectively spying on them.

And as remote work has flourished, so too has the surveillance. For example, employees at investment banks have complained that return-to-office policies are being covertly enforced through their card swipes and attendance data.

Monitoring has even extended to sectors that don’t necessarily have a history of employee tracking. Kate works at a California-based design and marketing communications agency. When employees first began working remotely, her computer was installed with a tracking device. She was told the software was a means of tracking her hours. But as well as login times, it monitors her browser tabs; periodically, it also captures screenshots sent to her company for review.

Kate, whose surname is also being withheld, says the software impacts her taking breaks. “I’m not sure how taking screenshots of me creating graphics is essential to my work – having the software actually slows down my computer,” she explains. “It makes me nervous to even watch a five-minute video during my lunch, in fear someone sees a screenshot of YouTube and it’s a cause for firing.”

The rapid rise of employee monitoring has – perhaps expectedly – chipped away at employee-employer relationships.

As surveillance has ticked up, so too has worker mistrust: according to a recent survey of 2,000 remote and hybrid US employees, 59% reported feeling stress or anxiety about their employer surveying their online activity; top factors include constantly wondering whether they’re being watched, feeling pressure to work longer hours and having to take fewer breaks during the day. Nearly half said surveillance was a violation of trust.

Kropp says the concealed nature of monitoring is what can be most damaging to employee trust. “Generally speaking, workers aren’t super excited about the idea of surveillance. But you can waylay concern by being honest and transparent about why you’re doing it, and how data is being used. It’s when the company hasn’t communicated it, and workers find out they’re being monitored second-hand, that it becomes a bigger problem. Employees wonder why they’re being watched and tend to start believing their employer is ‘out to get them’.” 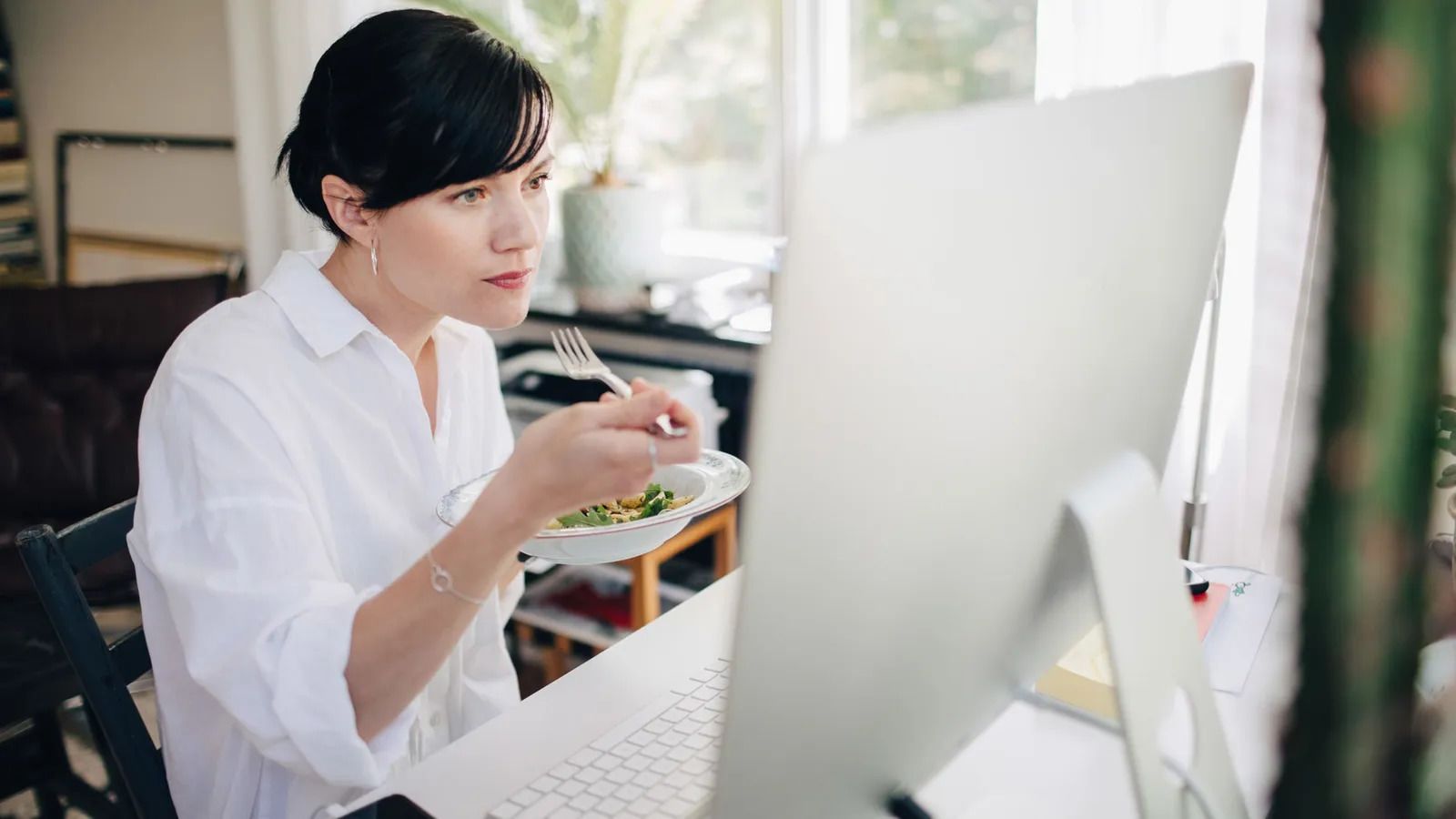 "It makes me nervous to even watch a five-minute video during my lunch, in fear someone sees a screenshot of YouTube and it’s a cause for firing" – Kate

Given that more and more firms now have some form of monitoring, however, it’s going to become increasingly difficult for workers to pick companies that don’t have some form of employee surveillance – even amid the hiring crisis and battle for talent.

For example, the remote tools workers use are increasingly being integrated with monitoring technology. “We likely won’t have separate technology to monitor or track employees in the future,” says Kropp. “Rather, it’ll become more embedded in what we do and how we work: the tools we use to do our job are the ones that will track us.”

Plus, some companies are even implementing the very software they’ve used to track productivity to monitor worker burnout and wellbeing, says Kropp. “The data collection is essentially the same. It’s still looking for all sorts of things: keystroke, facial expressions and interpreting what they mean, just from the standpoint of whether someone is overworking and an attrition risk.”

Some experts believe the growing ubiquity of worker monitoring, alongside sentiments of employee distress, could imply a downward spiral in workplace culture. “Even more than a culture of fear, it can create a culture of mistrust,” adds Kropp. “This lack of trust makes everything more difficult for the organisation to get work done.” However, it’s not necessarily the technology that’s the problem, but rather how it’s implemented.

For example, a degree of monitoring can actually be beneficial in managing workflows and employee morale, particularly among hybrid and remote teams. Data analytics start-up Stellate, based in San Francisco, has a fully remote team all over the world. Alongside collaboration tools, it tracks its employees’ development through coaching and mentoring software. “You have to bring teams along to the ideas and the intent behind monitoring, then align on the process,” says Sue Odio, head of people and operations at Stellate. “It’s less about the product you use and more about the intent.”

Kropp believes the next phase of hybrid work will see employers outline an ethical framework for how and when monitoring is implemented, if at all. It’s through transparent guidelines that employees will then pick the right company for them, he adds. “Some businesses might say they want maximum autonomy and flexibility for the worker, with zero monitoring and trust as the value proposition; others will be clear there is greater surveillance, and then go with salary as their value proposition.”

For now, Joshua has become accustomed to his activity being recorded. “I’ve previously had heat and motion sensors installed under my desk on the trading floor,” he says. “Now, it’s more subtle. Even working remotely, it’s pretty easy for them to know what I’m doing thanks to monitoring tools. For me, it’s not a question of fairness: it just comes with the territory.”