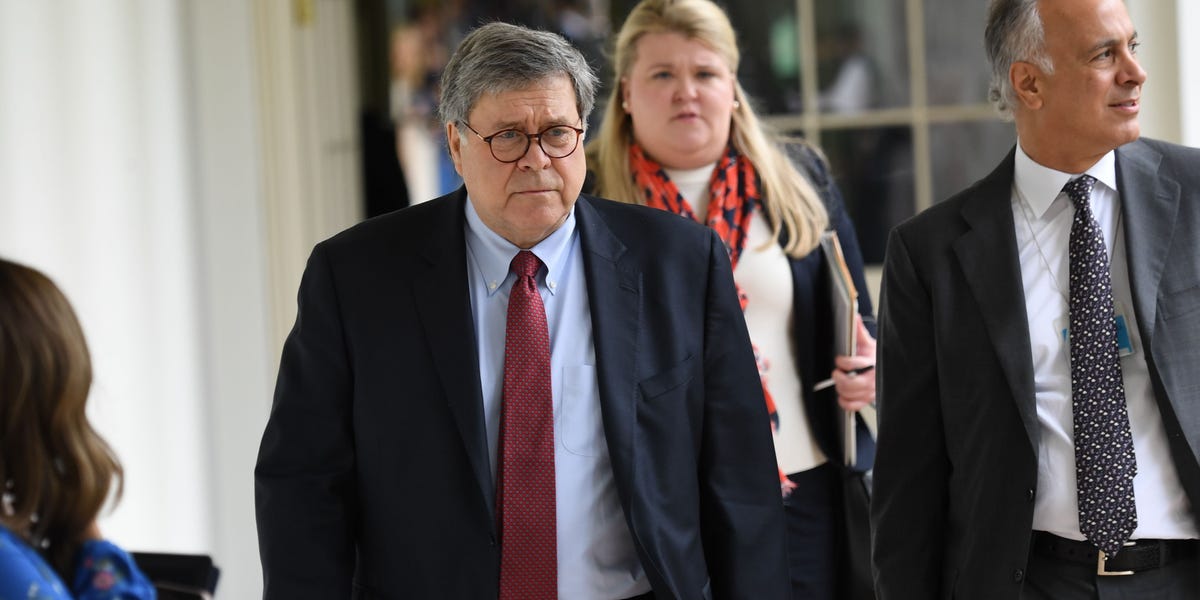 The Department of Justice is planning to file antitrust charges against Google as soon as this month, The New York Times reported Thursday. Attorney General William Barr set a deadline for DOJ lawyers to file the charges by the end of September, despite the lawyers' requests for more time, according to the report.
Google is already facing a joint antitrust investigation from a coalition of 50 states and territories.

The Department of Justice plans to file antitrust charges against Google by the end of September, according to a New York Times report citing five unnamed sources close to the investigation.

Google, which controls about 90% of web-search traffic globally and dominates online advertising, is already the target of antitrust action led by 50 states and territories. The DOJ has been building an antitrust case against the tech giant for months, The Times reported.

But some DOJ lawyers are worried Attorney General William Barr is rushing the agency to file charges against Google before they've had enough time to prepare their case, according to The Times, which reported that Barr has set a deadline for prosecutors to file charges by the end of September. Doing so could help bolster President Donald Trump's antitrust credentials in advance of the November election.

A DOJ spokesperson did not immediately respond to a request for comment.

In addition to being a clear target for antitrust action, Google has become a target for Trump and other Republicans, who claim that Google and other tech companies discriminate against conservatives. Data has shown the opposite - conservatives regularly generate the most engagement on online platforms.

Trump has previously claimed that Google results are "RIGGED" against him without providing evidence.

Google search results for “Trump News” shows only the viewing/reporting of Fake News Media. In other words, they have it RIGGED, for me & others, so that almost all stories & news is BAD. Fake CNN is prominent. Republican/Conservative & Fair Media is shut out. Illegal? 96% of....

Google is also the subject of an investigation by the House antitrust subcommittee, alongside Apple, Amazon, and Facebook. The subcommittee has yet to release its recommendations from the investigation, which is expected to conclude this month.

A Google spokesperson did not immediately respond to a request for comment.