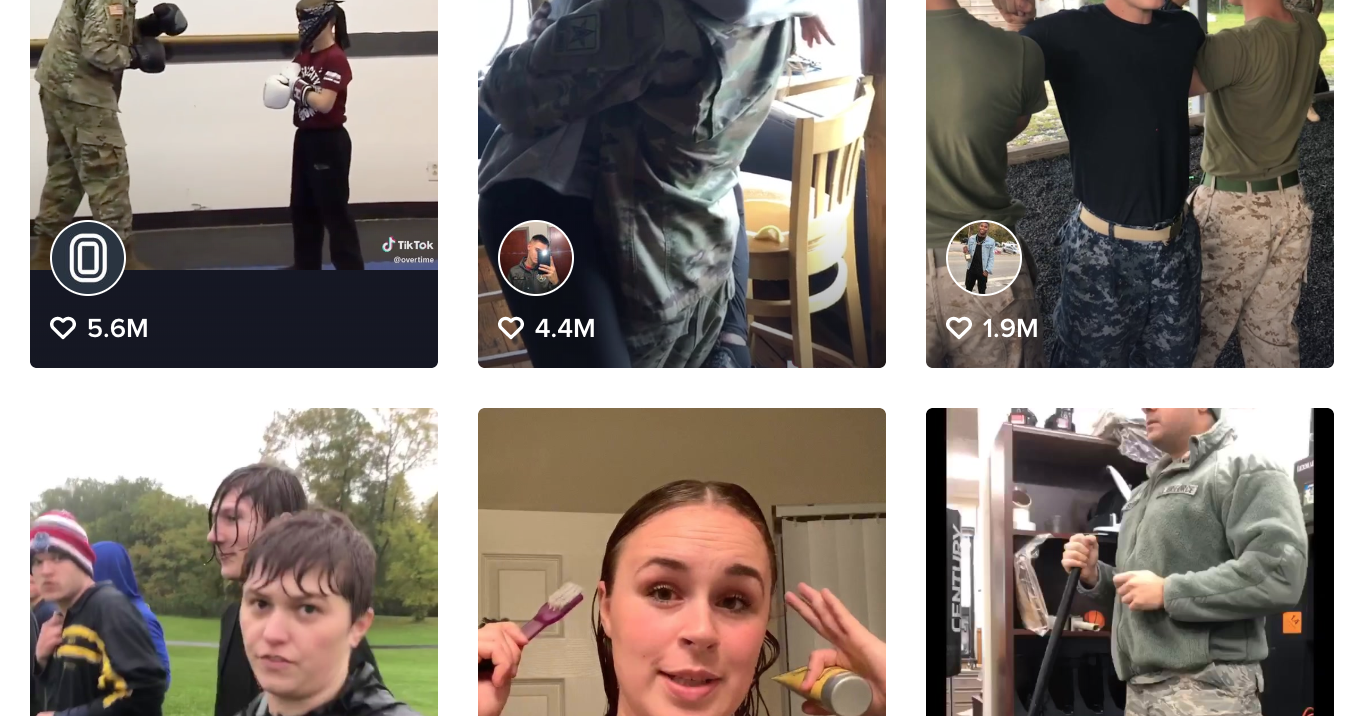 The US Army Has Banned Soldiers From Using TikTok

"It is considered a cyber threat," an Army spokesperson said. We can trust them. They probably know the best how harmful are mobile apps such as Facebook.
The US Army has banned service members from using the Chinese-owned short-form video app TikTok on government-issued phones. The decision, first reported by Military.com, comes only weeks after the Navy announced a similar ban.

"It is considered a cyber threat," Lt. Col. Robin Ochoa, an Army spokesperson, told Military.com. "We do not allow it on government phones."

US government scrutiny of the Chinese app has been building for months. In October, New York Democratic Sen. Chuck Schumer and Arkansas Republican Sen. Tom Cotton called on the US intelligence community to assess TikTok's national security risks, while Florida Republican Sen. Marco Rubio accused TikTok of censoring content related to protests in Hong Kong. In November, the Senate Judiciary Subcommittee on Crime and Terrorism invited TikTok representatives to a hearing titled "How Corporations and Big Tech Leave Our Data Exposed to Criminals, China, and Other Bad Actors." The company declined to attend.

Still, the platform was so popular within the US military that the Army was using the app as a recruitment tool as recently as November.

"There was a Cyber Awareness Message sent out on 16 December identifying TikTok as having potential security risks associated with its use," a spokesperson for the US Army told BuzzFeed News in a statement. "The message directs appropriate action for employees to take in order to safeguard their personal information. The guidance is to be wary of applications you download, monitor your phones for unusual and unsolicited texts, and delete them immediately and uninstall TikTok to circumvent any exposure of personal information."

The Army cannot ban its personnel from using TikTok on their personal phones, Ochoa told Military.com, but leaders recommended that service members use caution if they received random or unfamiliar text messages.

BuzzFeed News has reached out to TikTok for comment.

TikTok, designed by Beijing-based tech company ByteDance, became the first Chinese-owned app to reach No. 1 in the US Apple App Store last November. ByteDance has another app called Douyin (Chinese for “vibrating sound”) that is available only in China and is currently the country’s most popular short-video app. It’s similar to TikTok -which is not available in China -although the apps have some different tools. TikTok’s servers aren’t based in China, but rather in countries where the app is available. It’s unclear how alike the AI is that powers both apps, but people who have tried both describe almost the same user experience.

TikTok insists it doesn’t censor its users’ Hong Kong content -protest-related videos simply tend not to go viral because those are not what its users want to share. A spokesperson for TikTok told BuzzFeed News in October that pro–Hong Kong content is available on the app, but goofy memes and dance challenges are what the app’s young users engage with the most. BuzzFeed News did not find any evidence at the time that TikTok blocked pro–Hong Kong democracy videos.

The dual bans by the US Army and the Navy reflect how quickly tensions between the US and China have grown amid Republican President Donald Trump’s trade war with the country. There are no hard insights into how many active service members are using the platform, but based on a search by BuzzFeed News of the most popular military-related hashtags, TikTok’s military audience is easily in the hundreds of thousands. TikTok, in May, declined to comment about the popularity or engagement of military-related hashtags on the app.

In May, in response to an inquiry from BuzzFeed News about the popularity of the app among the military, a Department of Defense spokesperson said the DOD had issued additional risk management guidance pertaining to geolocation-capable apps and additional policies pertaining to photography on military installations or in uniform. In November, US Army cadets were instructed not to appear in videos on the app in uniform.

“The Department of Defense (DOD) takes the security of our people, facilities, and operations very seriously and is always concerned about potential threats. DOD generally does not issue policy on specific mobile applications, rather policies are designed to proactively address existing and emerging threats,” spokesperson Christopher Sherwood said.
#Donald Trump  #Facebook