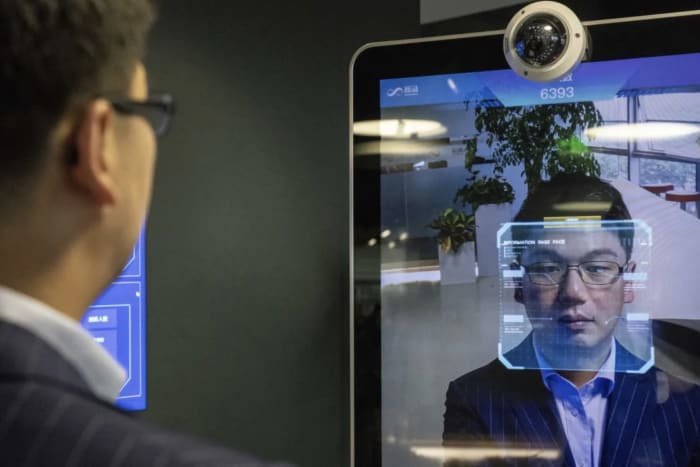 “These entities have been implicated in human rights violations and abuses ... against Uighurs, Kazakhs, and other members of Muslim minority groups."
The Trump administration has banned three of the world's most valuable private facial recognition startups from doing business in the United States, prohibiting them from purchasing US products or maintaining relationships with American entities.

On Monday, the Department of Commerce announced that 28 Chinese companies and government entities had been added to a blacklist for their roles in human rights violations in Xinjiang, an autonomous region in northwest China that’s home to millions of Uighurs, a Turkic Muslim minority. Among the ventures banned are the Chinese startups SenseTime, Megvii, and Yitu, which, combined, have raised billions of dollars to develop commercial facial recognition technology.

Those three companies, which have flourished amid the Chinese government’s push for investments into artificial intelligence, have faced mounting criticism over perceived misuse of their technology by government agencies, particularly in Xinjiang, where it is believed to have played a role in the arrest and detention of more than a million Uighur Muslims and other ethnic minorities. While SenseTime and Megvii have denied working with state entities in the region, researchers and academics have uncovered troubling connections between their facial recognition tech and the surveillance and imprisonment of minorities in China.

In identifying these 28 organizations and companies, which also included security camera manufacturers Hikvision and Dahua Technology, the Commerce Department noted that they “pose a significant risk of being or becoming involved in activities contrary to the national security or foreign policy interests of the United States.”

“Specifically, these entities have been implicated in human rights violations and abuses in the implementation of China’s campaign of repression, mass arbitrary detention, and high-technology surveillance against Uighurs, Kazakhs, and other members of Muslim minority groups in [Xinjiang],” the directive read.

The Chinese government has come under scrutiny for its treatment of Uighurs and other ethnic minority groups. US leaders, including Secretary of State Mike Pompeo, have accused it of human rights violations within its camps, ranging from involuntary imprisonment to torture. The Chinese government has dismissed these criticisms, insisting the camps are centers for reeducation or vocational training.

Earlier this year, the US blacklisted Huawei over national security concerns, dealing a major blow to the Chinese telecom and mobile device giant’s international business prospects. In June, the Trump administration added five more Chinese companies to the list and was said to be weighing further additions amid an increasingly hostile trade war.

In May, BuzzFeed News revealed the process by which money from US public pension funds, university endowments, and foundations helped fund SenseTime and Megvii. It’s unclear how those investments will be affected by the blacklist designation, which will also affect these companies' relationships with US-based sensor and chip suppliers, including Qualcomm and Nvidia.

"Megvii strongly objects to the company’s designation on the U.S. Commerce Department’s Entity List, for which there are no grounds," a company spokesperson said in a statement. "We are committed to making sure our technology has a positive impact on society and we are in compliance with all laws and regulations in jurisdictions where we operate."

The company also acknowledged that around 1% of its total revenue was derived from projects in Xinjiang in 2018, though "no revenue was generated" from the region in the first six months of 2019. The company booked sales of about $200 million in 2018, according to financial documents.

A spokesperson for SenseTime did not return an email request to comment from BuzzFeed News. The company told Reuters that it was deeply disappointed by the decision.

According to PitchBook, a private company database, SenseTime is valued at more than $7.5 billion and Megvii at $4 billion, based on their latest rounds of private funding. Both companies are also moving toward initial public offerings.

In an August IPO prospectus, Megvii laid out the risks of the uncertain regulatory environment surrounding US–China relations.