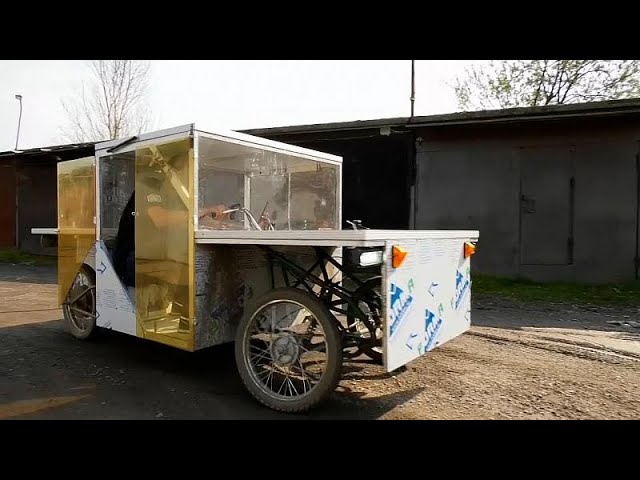 Nikita Poddubnov is living proof that tech innovation is not only the preserve of high net-worth individuals like Jeff Bezos and Elon Musk who have abundant resources at their fingertips.

The 23-year-old self-taught engineer from St Petersburg has fashioned his very own electric solar-powered vehicle - albeit a somewhat rustic prototype.

The homemade aluminium frame has wheels from Chinese scooters affixed to it and is equipped with 200-watt panels on its four sides that can power the car for up to 6 hrs at a speed of 30 km/hr.

In sunny weather, the car can even continue along without batteries.

"Three years ago, when I moved to St Petersburg, I got a job in a company making charging stations for electro cars, and employees were driving electro cars," Poddubnov explained.

"They didn't pay for fuel, and I was very jealous of it. And I decided to do it".

Poddubnov is eager to continue developing his vehicle which he considers far from finished.

Chief among his ambitions is to prepare the car for long journeys.

Later this year, he intends to take his unique invention from Samara in the Eastern part of Russia on a road trip all the way to China.