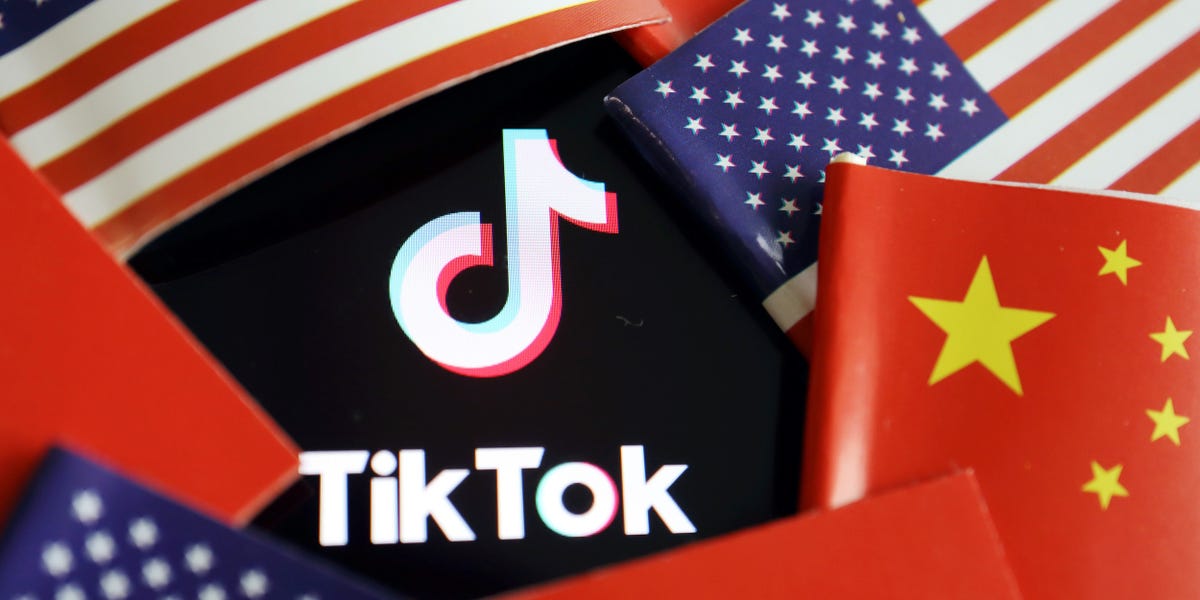 TikTok and Twitter are starting to talk about a possible combination, WSJ reports

Amid President Donald Trump's threats to ban TikTok, or force it to sell its US operations, Twitter was reported to be in talks with the video-sharing app Saturday night. The Wall Street Journal reported that a potential deal, if it materializes, could involve TikTok's US operations. Both Twitter and TikTok declined to comment on the report to Business Insider.
Another tech giant was reported to be on TikTok's dance card Saturday night - Twitter.

The Wall Street Journal's Georgia Wells and Cara Lombardo reported the two popular apps are in "preliminary" talks for a possible combination. "People familiar with the matter" told the paper that a deal, which it said Twitter may not end up pursuing, would involve TikTok's US operations.

President Donald Trump has been harping on the popular video-sharing app to ditch its Chinese parent company, ByteDance, citing security concerns. Last week, Trump said he would "ban" the app, which he can't exactly do, if ByteDance doesn't sell.

Microsoft was seen as the frontrunner for a deal last week, with estimates for a potential deal for TikTok's US operations at $10 billion and $30 billion, Business Insider's Paige Leskin reported.

It's unclear what a Twitter-TikTok deal could look like, how much it could cost, or how Twitter could pay for it. The WSJ pointed out that Twitter's market cap is about $29 billion, while Microsoft's exceeds $1.6 trillion.

"Because it is much smaller, Twitter has reasoned that it would be unlikely to face the same level of antitrust scrutiny as Microsoft or other potential bidders, said people familiar with the discussions," Wells and Lombardo wrote.

Twitter has about 186 million users, according to its most recent earnings at the end of July. TikTok has more than 100 million users in the US alone.
#Donald Trump