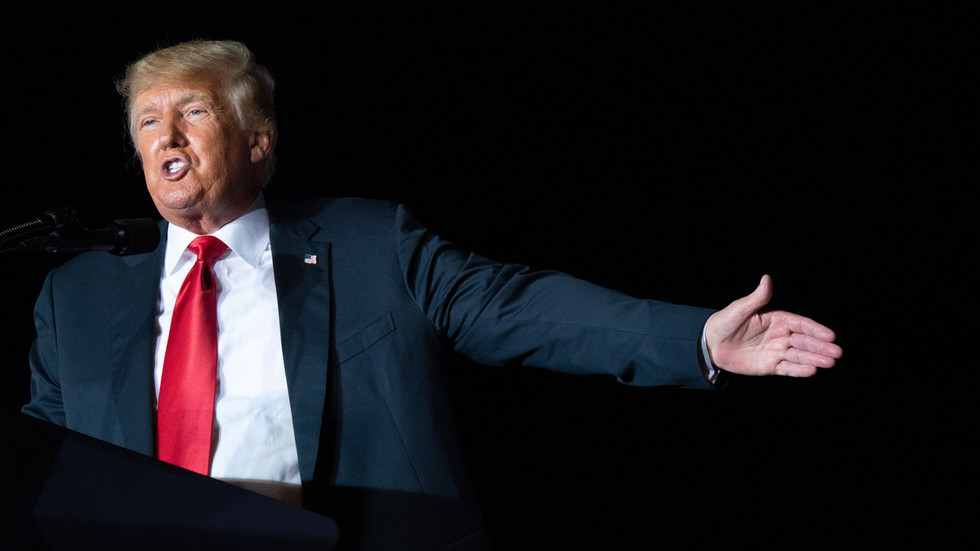 In a statement released Monday, the former US president called Rogan an “interesting and popular guy” who needs to “stop apologizing” to “the Fake News and Radical Left maniacs and lunatics.”

“How many ways can you say you're sorry? Joe, just go about what you do so well and don't let them make you look weak and frightened. That's not you and it never will be!” he wrote.

Rogan, who hosts the immensely popular ‘Joe Rogan Experience’ podcast, has released two Instagram videos in recent weeks, attempting to respond to growing controversy surrounding the content of his show, including alleged Covid-19 misinformation. In the first, the comedian revealed that a content warning would be added to episodes which delve into controversial topics like vaccines and mandates.

The second video was far more controversial, as Rogan apologized over a clip compiling his past uses of the N-word. Rogan’s apology has been met with a mixed response from fans.

Spotify has stood by Rogan amid calls to remove him from the platform, even from fellow artists like Neil Young, who has led the charge in pulling his own music from the service in protest. Dozens of episodes of Rogan’s podcast have begun being withdrawn from Spotify amid the controversy.

The company also offered $100 million in investments to audio content from marginalized groups. Rogan was reportedly offered a deal worth that amount when he licensed his show to Spotify. The comedian and former ‘Fear Factor’ host has another nine-figure deal on the table, too, with right-leaning video service Rumble offering him that same staggering figure to switch over to their platform.
#Donald Trump  #Vaccines  #COVID-19  #Covid