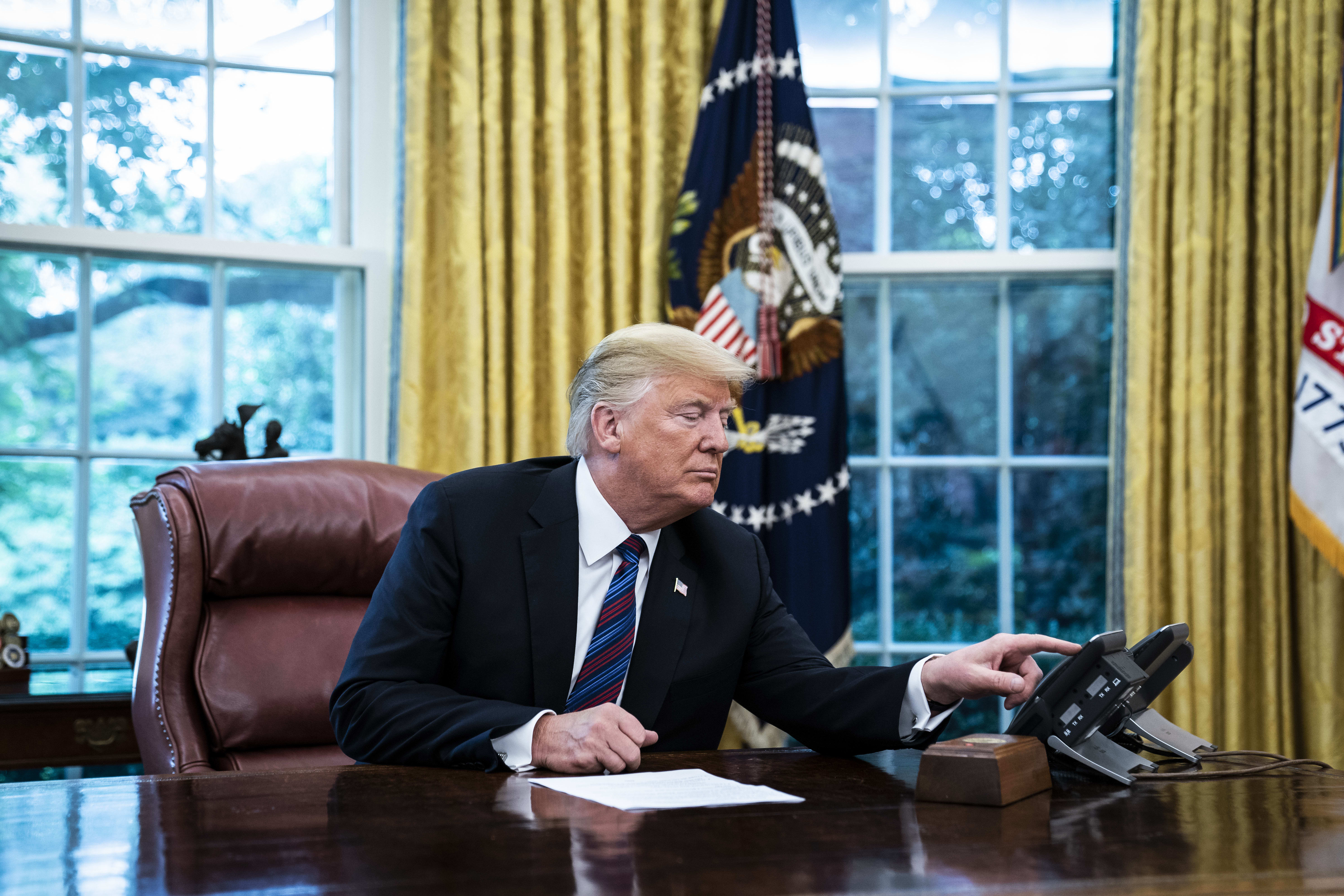 President Donald Trump's tweets on trade have much more of an impact on the market's expectations for Federal Reserve monetary policy than his tweets directly criticizing the central bank, Goldman Sachs said.

It said there is “strong” evidence that his trade-related tweets do affect market expectations of Fed policy.

President Donald Trump’s tweets on trade have much more of an impact on the market’s expectations for Federal Reserve monetary policy than his tweets directly criticizing the central bank, research by Goldman Sachs has showed.

But Goldman published its own research Monday in which it said its own analysis of Trump’s tweets – which included not only tweets that criticize the Fed but also tweets that directly or indirectly threaten tariff escalation – had only shown “weak evidence for the notion that the market moves its monetary policy expectations in response to Presidential tweets criticizing the Fed.”

By contrast, the bank said, “the evidence that President Trump’s trade-related tweets affect market expectations of Fed policy is strong.”

Goldman’s analysis of Trump’s tweets either criticizing the Fed, or of tweets that directly or indirectly threaten tariff escalation, was to measure the impact on market expectations for Fed policy by looking at the change in Fed funds futures prices one-year ahead from just before a tweet to 30 minutes after.

They then compared these potentially tweet-affected episodes with all other 30-minute intervals of market activity to see whether there were statistically bigger moves. They then accumulated all of the moves in fed funds futures following tweets in each category to obtain the overall impact on the market’s monetary policy expectations.

The Fed funds futures market is where traders bet on where the Fed’s benchmark overnight lending rate will land. Policymakers watch for changes in how markets view where interest rates are heading.

Goldman found that Trump’s tweets on trade, on which he has been vociferous amid an ongoing trade and tariff dispute with China, impacted the Fed funds futures market much more than those criticizing the Fed.

“Once again, there are many tweets that garner little reaction, but there are also quite a few trade policy tweets that lead to sizable swings. This is intuitive, as there are clear channels through which tariff escalation can lead to a dimmer economic outlook,” Goldman said.

Goldman Sachs’ analysts interpreted the findings as showing “that markets believe the President primarily affects Fed policy indirectly by influencing the macroeconomic outlook, with at most a limited perceived role for tweets about the Fed.”

Infamous for his Twitter rampages and rants, Trump is certainly not backwards in coming forwards to share his perspective on a variety of subjects -- not least of all the Fed.

He has repeatedly criticized the Fed’s monetary policy and called on Fed policymakers to slash interest rates amid concerns that the U.S. economy is faltering (largely seen as a result of Trump’s ongoing trade dispute with China), and he has regularly insulted the central bank’s chairman and policymakers.

In August, he called the central bank and its chairman “clueless” then in September he called them “boneheads” just before the Fed cut interest rates for the second time this year.

Following the rate cut, Trump tweeted that the Fed and its chairman had “no ‘guts,’ no sense, no vision!” Again, just last week, Trump called the central bank “pathetic.”

The Fed has cut its main interest rate in July by a quarter point and again in September, taking down its benchmark overnight lending rate to a target range of 1.75% to 2%. Trump has said the Fed is risking U.S. competitiveness by keeping rates substantially higher than most other nations in the developed world.