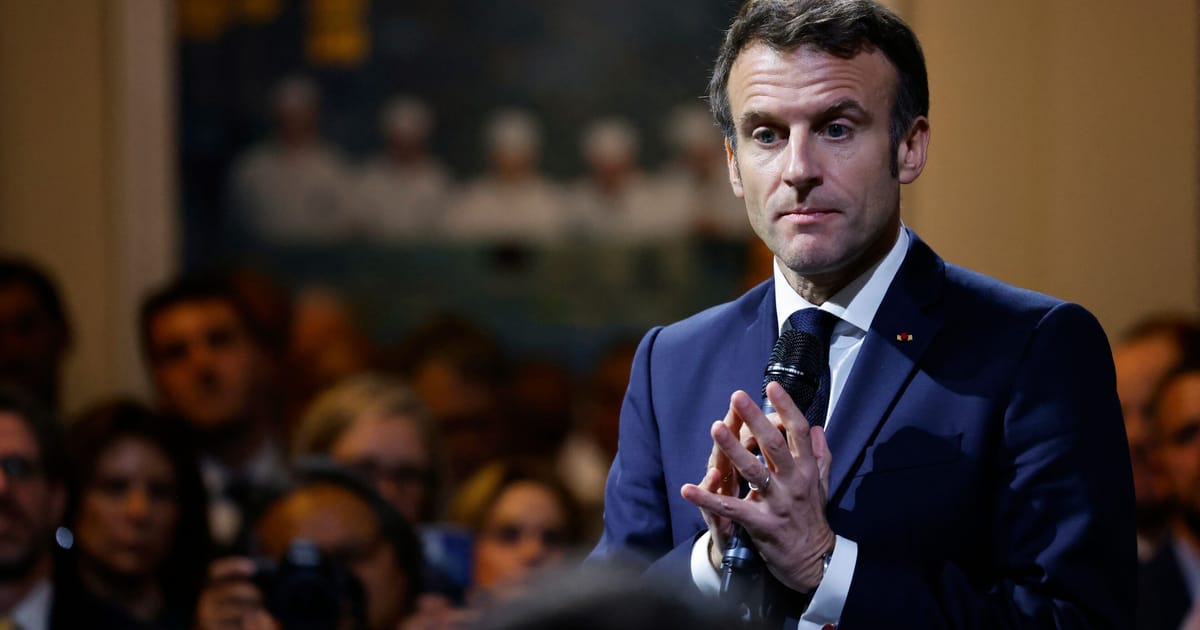 "Transparent user policies, significant reinforcement of content moderation and protection of freedom of speech: efforts have to be made by Twitter to comply with European regulations," Macron said after what he called a "clear and honest discussion" with the Twitter CEO in the U.S.

Twitter's decision to stop enforcing its 1COVID1-19 misinformation policy has come under fire in the EU.

Věra Jourová, the European Commission’s vice president for values and transparency, meanwhile, said that Twitter's policy changes had drawn Brussels' attention: “In my view, Twitter now is jumping to the front of the queue of the regulators," she told POLITICO.

Twitter's policy changes are "a big issue," Macron said on Thursday in an interview on Good Morning America, adding: "What I push very much for is exactly the opposite: more regulation."

"Free speech and democracy is based on respect and public order. You can demonstrate, you can have free speech, you can write what you want, but there are responsibilities and limits," he argued.

Musk told Macron that Twitter would follow the Christchurch Call, which is aimed at restricting the spread of terrorist material on the internet, and would cooperate to improve child protection online, the French president said following their meeting.
#Elon Musk  #COVID-19  #Covid