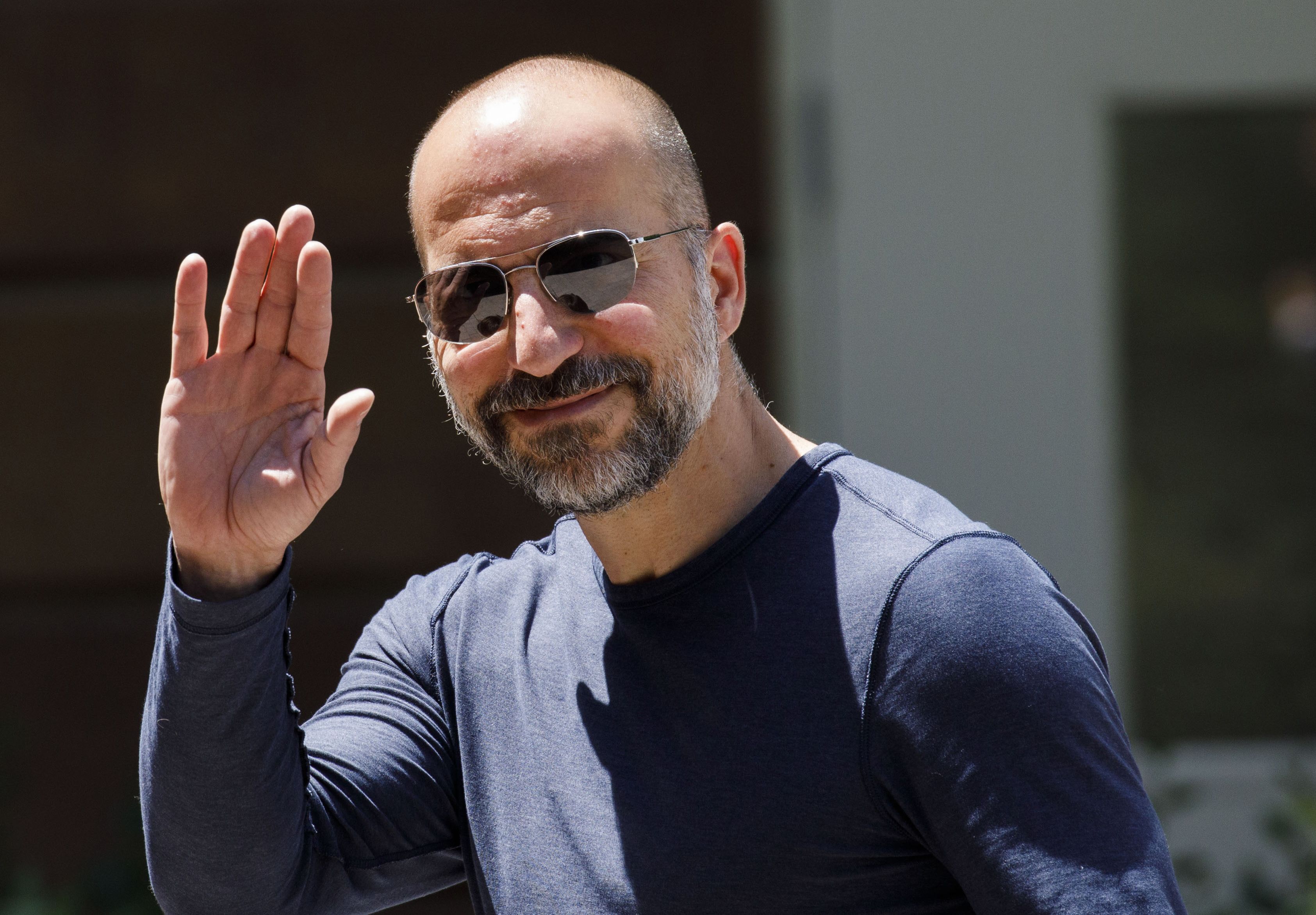 The ride company announces a new division called Uber Money, which includes a digital wallet and upgraded debit and credit cards. The emphasis, at first, will be expanding Uber’s efforts to give its 4 million-plus drivers and couriers around the world access to a mobile bank account so they can get paid after each ride. Uber could one day offer a bank account to consumers on its platform, according to Uber Money head Peter Hazlehurst.

The company announced on Monday the formation of a new division called Uber Money to house its efforts, which include a digital wallet and upgraded debit and credit cards. The emphasis, at first, will be expanding Uber’s efforts to give its 4 million-plus drivers and couriers around the world access to a mobile bank account so they can get paid after each ride, according to Peter Hazlehurst, who will head the new division.

“We wanted to help everybody understand that there’s a new part of Uber that’s focused on financial services and that has a mission of giving people access to the type of financial services they were excluded from,” Hazlehurst said in a phone interview.

Under pressure to turn a profit amid competition from new ride-sharing entrants around the world, Uber is betting that by building out its financial ecosystem, it can keep drivers and riders loyal to its platform. The company topped 100 million monthly active users this year. Many of them use credit cards to pay for rides and food orders. Future products could remove costs related to financial middlemen or generate new revenue streams.

In June, CNBC was first to report that Uber was ramping up the creation of financial products by hiring engineers for a fintech outpost in New York.

Uber is rolling out globally a debit card with an enhanced “instant pay” service it has been testing in the U.S. and a few other markets. The feature has taken off in the U.S, with more than 70% of driver payments made using instant pay, according to Hazlehurst. It is essentially a no-fee banking account, with the debit card in the U.S. linked to an account provided by Green Dot.

“Not only do you get access to your earnings in real time, it doesn’t cost you anything to keep the money there and you can spend it whenever you want to,” Hazlehurst said.

These payment innovations highlight the reality that many in the gig economy are struggling to make ends meet. Another popular feature, no-cost $100 overdrafts, helps cash-strapped drivers pay for gas to kick off a working day. It is, however, a better alternative than high-interest payday loans.

Uber’s ambitions could bring drivers into the realm of digital finance in parts of the world where cash is still king, like Pakistan and Bangladesh. About 40% of all Uber trips globally are paid using paper currency, Hazlehurst said, and Uber is eager to bring that figure down.

After equipping drivers with electronic bank accounts - echoing the model of so-called challenger banks like Chime and Varo - would Uber one day look to provide its many millions of riders with an account, too?

“I think so,” Hazlehurst said. “The reality is that the needs of our partners in the U.S. and in Brazil and in Australia and in India mirror in many ways the needs of consumers as well, particularly in the cash-heavy economies. And the opportunity that we have is to expand to help all of those people have access to financial services.”

One advantage Uber has over other new entrants into banking is its massive scale, which allows the company to negotiate better deals with vendors, he said. “We don’t have to take the traditional fee income model to operate these services,” Hazlehurst said.

Uber’s move is the latest sign that tech giants are looking to make inroads into finance. Apple recently launched a credit card with Goldman Sachs, and Amazon has been offering small business loans to its merchants for years. Facebook unveiled an ambitious plan this year to help remake global finance with its libra cryptocurrency, although that effort lost momentum after some corporate partners abandoned the project.

Among new products Uber was set to unveil at a payments conference in Las Vegas was a digital wallet called Uber Wallet that riders and drivers can use to store dollars, track their transaction history and make electronic payments. Apple Pay and Google Pay will be integrated with the service early next year so drivers can immediately spend their earnings, even without a physical debit card, Hazlehurst said.

Uber recently surveyed U.S. drivers about whether they’d be interested in taking small loans from the company, Hazlehurst said, confirming a report from Recode. It’s too early to say if they’ll do that in the U.S., but in several countries including Brazil, India and Peru, Uber already offers micro loans to drivers, he said.

For riders, Uber’s credit card, a joint product with Barclays, will be reintroduced with richer rewards for payments within Uber’s transportation and food delivery services.

In its brief time as a public company, Uber shares have been battered by skepticism over its prospects and a broader shift in investor sentiment favoring profits over growth. The company’s stock is trading more than 25% below its $45 May IPO price. Uber reports third-quarter results on Nov. 4.