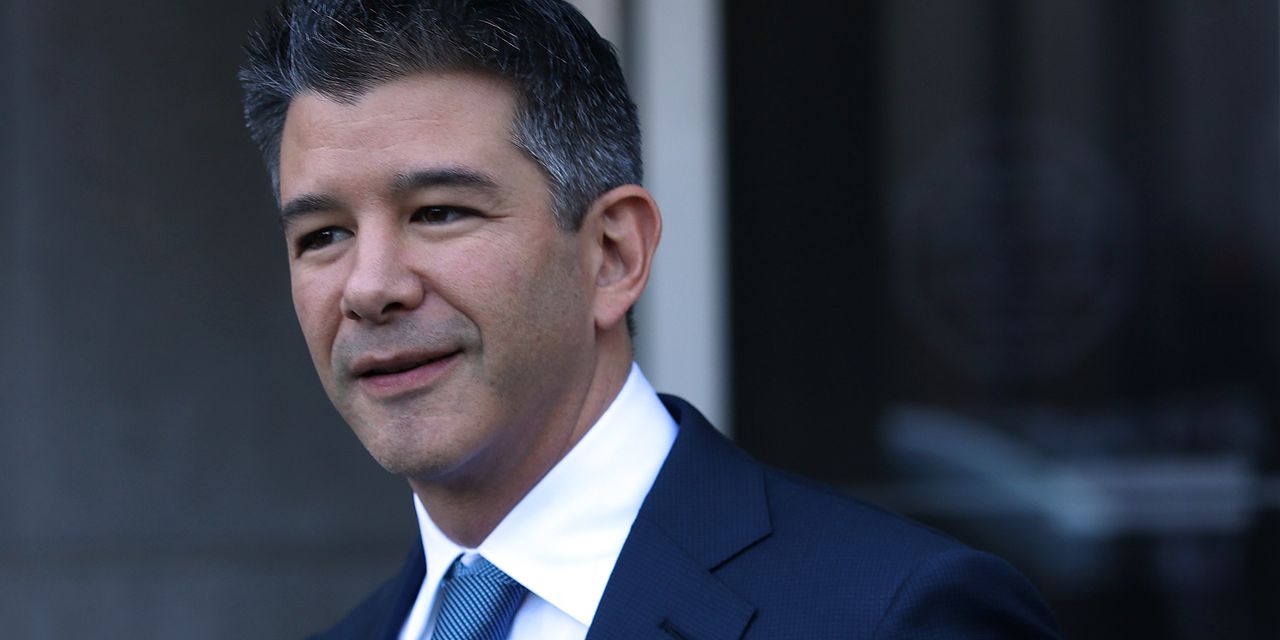 Entities tied to Travis Kalanick’s CloudKitchens, a startup that rents out space to businesses that prepare food for delivery, have bought more than 40 properties for more than $130 million.
The former chief executive of Uber Technologies Inc. has been quietly assembling a mini real-estate empire over the past two years, acquiring closed restaurants, auto-body shops and warehouses for use in his new ghost kitchen venture.

Entities tied to Travis Kalanick’s CloudKitchens, a startup that rents out space to businesses that prepare food for delivery, have bought more than 40 properties in nearly two dozen cities for more than $130 million, according to a Wall Street Journal review of public property and corporate records and data from the commercial real-estate database Reonomy.

The analysis linked various limited-liability companies that own the properties to business addresses of CloudKitchens’ parent, City Storage Systems LLC, and to its senior leaders. These acquisitions include buildings from Portland, Ore., and Las Vegas to Columbus, Ohio, and Nashville.

While real-estate brokers said they were aware that Mr. Kalanick’s firm had been in the market, the extent and value of his investments has never been reported. The amount invested in real estate makes him an outlier among startups.

The acquisitions are a big bet on the fast-growing food-delivery business. Delivery-only kitchens have been around for years and have raised hundreds of millions of dollars from venture investors hoping to replicate the success of the co-working industry, which built a multibillion-dollar business by essentially subleasing real estate. The pandemic gave a big boost to ghost kitchens in cities like Los Angeles, San Francisco and New York, where many restaurants temporarily closed or went out of business.

Mr. Kalanick isn’t the only Uber veteran to get into the business. Virtual Kitchen Co., co-founded by former Uber executives Ken Chong and Matt Sawchuk, said in a filing with the Securities and Exchange Commission last month that it had raised around $20 million in funding. SoftBank Group Corp. -backed Reef Technology and Kitchen United are also part of this budding industry.

But some landlords have been reluctant to rent to ghost-kitchen operators because they often require a complicated rebuild and the business model is still relatively unproven. Reef has been placing mobile kitchen pods in parking lots.

CloudKitchens’ strategy takes market risk, but it could pay off if recently falling property values rebound.

Entities tied to CloudKitchens paid $9.2 million for a vacant restaurant space in Miami Beach in May and $6.6 million for an industrial property in Queens, N.Y., in March, the Journal’s analysis shows. In some cases, CloudKitchens has been able to buy buildings at bargain prices because of the pandemic, brokers say.

The 44-year-old, who co-founded Uber, stepped down as the ride-hailing company’s CEO in 2017, following pressure from investors. The company fired more than 20 employees after an internal investigation into allegations that Uber created a workplace permissive of sexism and sexual harassment. Mr. Kalanick at the time said he “accepted the investors’ request to step aside.” His spokeswoman told The Wall Street Journal last year that he had sold all his stock in the company for more than $2.7 billion.

He is hardly the first investor to use limited-liability companies to acquire properties. Keeping real-estate deals quiet maintains privacy and can leave competitors in the dark about a company’s expansion plans.

Amazon.com Inc. asked local officials and brokers to sign nondisclosure agreements while it was searching for second headquarter sites, according to a number of real-estate firms.

But brokers and property analysts say Mr. Kalanick’s discretion rises to unusual levels. CloudKitchens doesn’t identify its locations on its website, and they usually aren’t shown on Google Maps. Mr. Kalanick has told employees not to name CloudKitchens in their LinkedIn profiles.

Real-estate agents in Memphis and Seattle say they signed contracts in recent weeks to sell properties to an investment firm that plans to turn them into delivery-only kitchens. They weren’t told much about the buyer, but around the same time as the contracts were signed, limited-liability companies named after the properties’ addresses were registered to the 41st floor of a Los Angeles office tower, a business address of City Storage Systems, corporate records show. It is unusual that a commercial real-estate broker wouldn’t know the identity of a buyer, brokers said.

Last year, representatives of an investment firm started touring a Los Angeles furniture store that was listed for sale. A big, open space located just off the San Diego Freeway, it was the perfect place for a food-delivery business, according to the listing agent Sheri Messerlian. Different groups of people showed up numerous times to inspect every corner. The property owner started getting impatient, she said.

The suitors said little about themselves. Ms. Messerlian started digging but couldn’t find much information.

“I finally gave up,” she said. They were good for the money, and that was what mattered. In April, the investors bought the space for $2.95 million after getting a $200,000 pandemic discount.

Public records show that a City Storage Systems representative signed the application to register the LLC that now owns the property, which is registered to the 41st floor of the Los Angeles office tower.