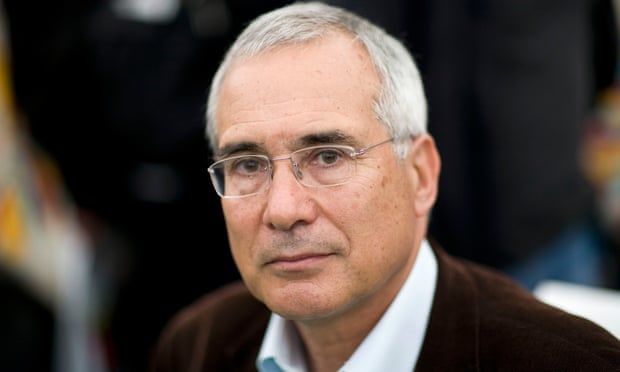 Author of government study says Treasury resistance to green spending programmes could halt progress to net zero
Imposing “premature austerity” again will undermine the fight against climate change and stop poorer households going green, one of the world’s leading climate economists has warned the government, amid claims that the Treasury is resisting policies to tackle the crisis.

Nicholas Stern, the author of the seminal 2006 government study into the costs of climate change, said comprehensive programmes were needed to help poorer households make the switch to electric cars and away from gas heating, if the government hoped to bring all greenhouse gas emissions to net zero by 2050.

In an interview with the Observer, he joined other prominent figures in calling on Boris Johnson and chancellor Rishi Sunak to invest in the technology needed and adopt policies such as subsidised loans to help all households make the switch.

“It’s going to need determination, some resources and smart design to solve these problems,” he said. “These things have to be made easy for people. Growth has to be driven by innovative investment. And we mustn’t make the mistake that we made a dozen years ago with premature austerity.

“It’s about helping people make the change. You’ve got to have a credible plan to help people with the replacement of boilers, when there are real costs, particularly for the poorest.”

It comes after claims from inside and outside government that the Treasury is resisting expensive programmes to tackle climate change in the run-up to the Cop26 climate summit, such as so-called “green cheques” to help people switch from gas. A string of policies, from home insulation to new infrastructure spending, have been scrapped, watered down or delayed. No 10 is now said to be pushing a bigger scrappage scheme for gas boilers.

On Saturday night, Keir Starmer, the Labour leader, pledged to work with the government on matters of “national and international interest” and back an ambitious plan to tackle climate change. However, he warned that the government’s track record and current plans fell short and that Boris Johnson was failing to convince his party of the urgent need for action.

“The Labour party I lead will always engage with the prime minister on issues of national and international interest,” Starmer said. “We face a climate emergency and the prime minister needs to grasp the opportunity Cop26 presents – and convince his own MPs to do the same.

“The UK needs to lead at home to enable leadership abroad. So far the Tories are falling woefully short of meeting this moment. The government’s greenwashing and delay risks fatally undermining the UK’s credibility as hosts of Cop26 and our ability to build trust and turn up the pressure on major emitters.”

Johnson last week set out his plan to make “coal, cars, cash and trees” the focus of the Glasgow summit. But Labour criticised the government’s record on each count. It attacked the refusal to block the Cambo oil field project in the North Sea, its cut to electric car subsidies, the reduction of aid to help poorer nations deal with climate change and its failure to meet tree-planting targets.

Stern’s plea for investment was echoed by other senior figures including John Gummer, the former Tory cabinet minister who now chairs the climate change committee that advises the government. “We have so far been very bad at dealing with helping people with the transition,” he said. “What we need to have is an honest national conversation, based upon the principle that we’ve actually got to achieve this. There isn’t an alternative. The price is something that society as a whole can afford. The issue is, how do you protect the vulnerable?

“One of the issues that the Treasury has to recognise is that the longer it leaves this gap, the longer it gives people who want to make mischief an opportunity to say how very expensive everything is all going to be, and how everybody’s going to be in a terrible state. You mustn’t leave a gap, you’ve actually got to go in and say, these are the possibilities that we could do. We’ve had that vacuum over the past three or four months.”

Sir John Armitt, chair of the National Infrastructure Commission, also called for investment. “We’ve got to find ways in which this can be made affordable,” he said. “This has got to be something which we all, as citizens, can actually live with and recognise we’re going to have to pay for because we pay for it one way or the other – whether we pay through a government subsidy, or whether we pay through the meter.”

The government said £12bn had already been allocated for the prime minister’s 10-point plan for a green industrial revolution, “including billions to decarbonise our homes and vehicles – and a commitment to ensuring that the costs of the transition to net zero are fair and affordable”.

“We are already investing £1.3bn into helping make the homes of low-income families more energy efficient and cheaper to heat, and affordability and fairness will be at the heart of our comprehensive Net Zero Strategy that we’ll publish ahead of Cop26,” they said.
#Boris Johnson  #Johnson