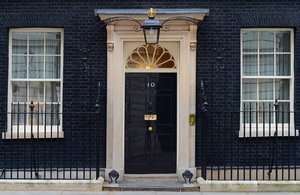 Millions of videos of the Christchurch shootings in New Zealand spread across online platforms in the wake of the attack in March which killed 51 people.

Many had been intentionally altered to slip through current content filters and it took hours and even days for them to be removed. This also meant families of those caught in the attack were faced with footage of their loved ones circulating online.

UK data-science experts will use new funding to create an algorithm which any internet company in the world can use to improve their detection of violent and harmful videos and prevent them being made available to their users.

This will make it much harder for terrorist footage to be shared online. The outcomes of the research will also be used to help identify other types of harmful online content such as child sexual abuse.

The announcement further demonstrates how the UK is bringing together governments and industry in the fight against online extremism. We kick-started this fight by playing a leading role in setting up the Global Internet Forum to Counter Terrorism following the Westminster attacks.

This also honours commitments made in the Christchurch Call to Action to tackle terrorist use of the internet, which world leaders signed up to at a summit in Paris in May.

Today the Prime Minister addressed a leaders’ event in the margins of UNGA. Hosted by Prime Minister Ardern, President Macron, the King of Jordan and the UN Secretary General it followed on from the Paris summit and focused on countering terrorist narratives online and offline.

The internet can and should be a force for good in the world – one that can unite and empower our citizens, increase our knowledge and understanding, and open up society.

What it cannot be is a place to watch mass murder unfold. We will not allow technology to be harnessed for evil.

British experts are at the forefront of the fight against online terror and this new funding will boost their pioneering work to find innovative new ways to tackle the threats this poses to our values and way of life.