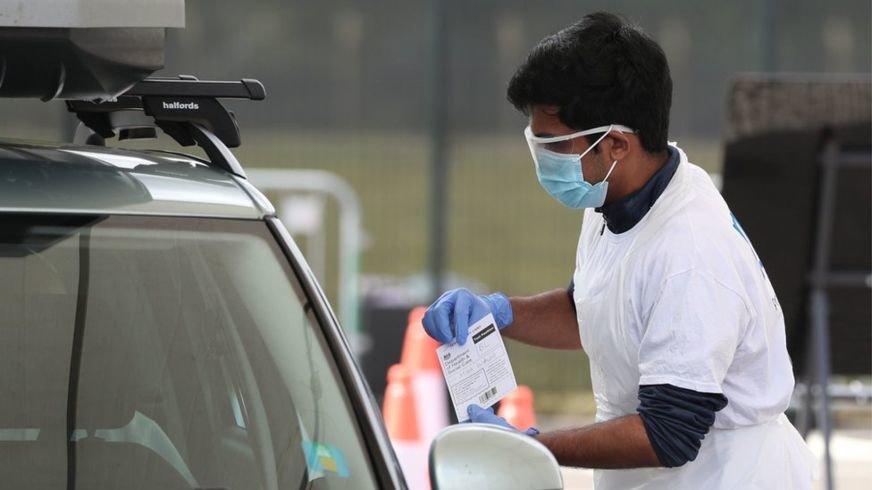 Government criticised over use of testing data

The UK's statistics watchdog has criticised the government over its handling of coronavirus testing data.
The chairman of the UK Statistics Authority says presentation of figures appeared to be aimed at showing "the largest possible number of tests, even at the expense of understanding".

A spokesman said the government was working with statisticians and that the approach throughout had been to "increase transparency around the government's response to coronavirus".

Mr Hancock said the government was "continually looking to improve" the way tests figures were presented.

He said part of the problem was that because the way the testing system was expanded so rapidly, the way data was reported struggled to keep up.

On Sunday Mr Hancock announced that the UK had exceeded its target to increase coronavirus testing capacity to 200,000 a day by the end of May.

He described it as "an important milestone on our journey to control the spread of the virus".

The headline total of tests adds together tests carried out with tests posted out. There are no data on how many of the tests posted out are then successfully completed.

It is not clear how many people were tested, however, and a person may need to have a few tests in order to get a result.

The government says reporting on the number of people tested has been "temporarily paused to ensure consistent reporting across all pillars" - by pillars it means tests carried out in the community as well as on staff and patients in hospitals or care homes.

In a letter to Mr Hancock, Sir David said there were two main purposes for the testing statistics - to help understand the epidemic and to support the management of the testing programme.

"The way the data are analysed and presented currently gives them limited value for the first purpose.

"The aim seems to be to show the largest possible number of tests, even at the expense of understanding. It is also hard to believe the statistics work to support the testing programme itself. The statistics and analysis serve neither purpose well."
#Coronavirus