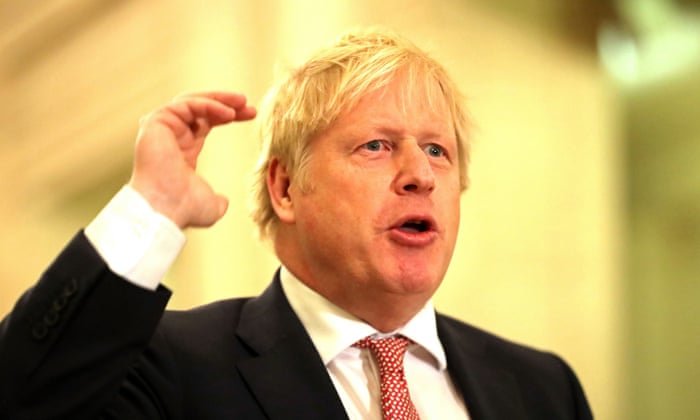 A source said the threat outlined by US officials had already been ‘factored into our planning’
Britain believes the information dramatically presented by a delegation from Donald Trump’s administration about the risks of using Huawei technology in 5G networks contains nothing its intelligence agencies had not foreseen.

The rebuff implies that British intelligence will not alter its assessment that the security risk the Chinese company’s technology presents to British citizens is manageable, as a final decision by the UK on whether to use Huawei looms.

A British government source said: “We’d already anticipated the kind of threat that the US material demonstrates and factored that into our planning.”

On Monday, a delegation of senior Trump administration officials flew into the UK to present what they said was fresh technical evidence about the security risks allegedly posed by Huawei – and made a last-ditch call for Britain to implement a full 5G ban.

One delegation member said it would be “nothing short of madness” for Britain to allow Huawei to supply high-speed 5G mobile phone networks in a briefing organised for journalists a few minutes after their meetings with officials and minsters had concluded.

The US officials would not say what their dossier included, although one claimed there was a risk that China could be able to conduct wholesale surveillance via Huawei kit in the future by exploiting software vulnerabilities.

“When it comes to Huawei, [vulnerabilities] are intentionally introduced to take personal data with the intent to help the Chinese communist party influence the population,” one of the officials said.

The UK is due to make a final decision on Huawei shortly, following a preliminary decision taken last spring under Theresa May, who concluded that using Huawei in some “non-core” parts of the 5G network would be acceptable.

The US delegation spoke to ministers on their visit as well as security officials. They also lobbied Dominic Raab, the foreign secretary, when he was in Washington last week at the height of the Iran crisis.

One Conservative MP, Bob Seely, warned that the UK was in danger of “sleepwalking into a decision we will regret in the years and decades to come”. Seely said that a final decision should be paused pending a short parliamentary inquiry.

“Whoever becomes chair of the foreign or intelligence and security select committees needs to pledge to open immediate investigations into the suitability of Huawei,” Seely wrote in a posting on the ConservativeHome website.

As well as presenting fresh intelligence material, members of the delegation also referred to reports, which they said added to their concerns about the company. One was an analysis of CVs of Huawei employees posted online, which concluded that about 100 Huawei staff had connections to the Chinese military or intelligence agencies.

Earlier, Boris Johnson had said the onus was on Washington to propose an alternative to Huawei, although he added that he did not want to jeopardise the UK’s long-standing intelligence sharing relationship with the US.

In his first interview of the new year, with BBC Breakfast, the prime minister said: “The British public deserve to have access to the best possible technology. We want to put in gigabit broadband for everybody. Now if people oppose one brand or another then they have to tell us what’s the alternative.”

He added: “On the other hand, let’s be clear, I don’t want, as the UK prime minister, to put in any infrastructure that is going to prejudice our national security or our ability to cooperate with Five Eyes intelligence partners [the UK, Canada, the US, New Zealand and Australia].”

The US officials had warned that intelligence-sharing with the UK could be halted in future, and argued that any use of Huawei equipment in the British 5G network presented an unacceptable security risk.

Huawei said it was confident the British government would make a final decision “based upon evidence as opposed to unsubstantiated allegations”. It denies its technology can be exploited for surveillance by China, and says many western companies also have employees with prior connections to intelligence agencies on their books.

Victor Zhang, the vice-president of Huawei, added: “We strongly agree with the prime minister that ‘the British public deserve to have access to the best possible technology’.”
#Donald Trump  #Boris Johnson