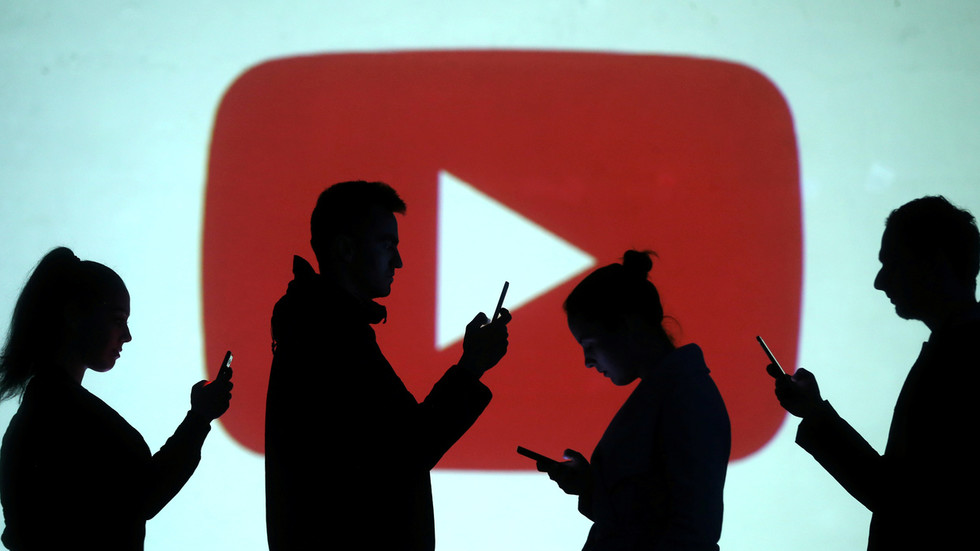 A new survey in the UK has found that people who get their news from YouTube and other social media platforms are more likely to believe in coronavirus "conspiracy theories."
Researchers from King’s College London and Ipsos MORI surveyed 2,254 UK residents aged 16-75 last month, and discovered that those who had broken key lockdown rules were more likely to get their information from social media.

More than half (58 percent) of those who had gone outside while displaying coronavirus symptoms said they got much of their pandemic-related information from YouTube, in comparison to the 16 percent who also get their information from the platform but did not go out.

The peer-reviewed study asked respondents whether they believed in various conspiracy theories such as whether there is any hard evidence for the widely reported – but unsubstantiated – allegation that 5G and the coronavirus are somehow linked. It also asked if they believed claims that authorities were deliberately misleading the public on the actual numbers of deaths caused by the pandemic.

The most commonly held belief was that the coronavirus came from a laboratory, a theory for which no evidence has been presented.

The study also found that those who do not stay two meters away from others outside are more than twice as likely to get a fair amount or a great deal of information about Covid-19 from YouTube.

It concluded that “when used as an information source, unregulated social media may present a health risk,” partly due to the platforms’ use as a method of disseminating conspiracy theories.

The paper also highlights people’s growing reliance on platforms such as YouTube as they shirk traditional news outlets in search of better sources of information. In January, the Reuters Institute Digital News Report 2020 found that only 28 percent of people in the UK said they trust “most news most of the time,”according to a poll in January this year – down from 40 percent in January 2019.

This trajectory is echoed the world over, according to that report. Of the 40 countries involved in the Reuters research, 38 percent said they trust “most news most of the time,” signaling a fall of four percentage points from 2019.

The King’s College study also found that age was a factor, and that those “holding one or more conspiracy beliefs were very slightly younger.” This element, in conjunction with the erosion of trust in mainstream media, could signal a death knell for older news formats. In 2019, it was found that in the UK, while the average person aged 65 and over watches 33 minutes of TV news a day, people aged 16-24 watched just two minutes.
#COVID-19  #Covid  #Coronavirus