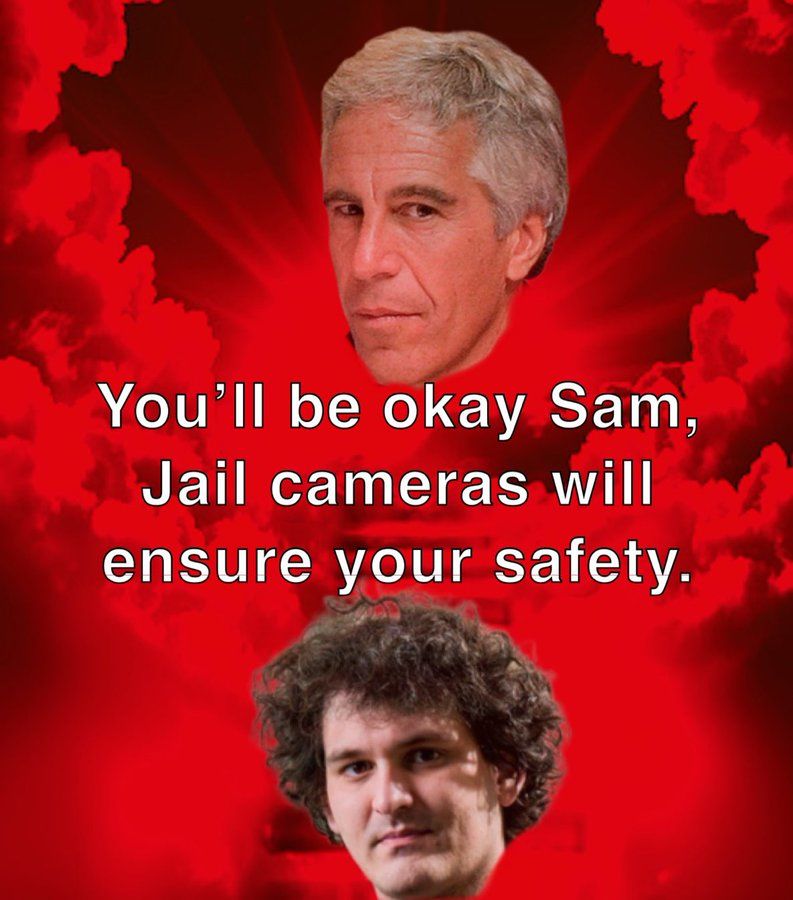 Now he is in risk to end up his life like Jeffery Epstein: After years of benefitting from the enormous contributions of FTX founder Sam Bankman-Fried — accused of massive financial fraud — America’s political elite are now skittering away, eager to put distance between themselves and the disgraced cryptocurrency darling. The 30-year-old tycoon — currently detained in the Bahamas awaiting US extradition proceedings — had in recent years become one of the largest public donors to the Democratic Party, and claimed to have privately donated an equal amount to the Republican camp too.
Recipients reach as far into the US political world as President Joe Biden, whose 2020 campaign accepted more than $5 million in donations from Bankman-Fried.

“I’m limited on what I can say,” she said, in reference to a law that prohibits her from discussing political matters in her official capacity.

The former head of the now-bankrupt cryptocurrency exchange platform was charged in the United States Wednesday with money laundering, violating campaign finance laws and wire fraud.

He is accused of making risky investments with clients’ money and fraudulently influencing the political sphere with his offerings.

“Samuel Bankman-Fried and his co-conspirators made millions of dollars in political contributions funded by (his other company) Alameda Research to federal political candidates and committees in advance of the 2022 election,” New York prosecutor Damian Williams said in a statement, referencing a practice which is allowed in the United States.

But he made those contributions in a way that was designed “to evade contribution limits and reporting requirements,” the statement added.

According to the prosecutor, Bankman-Fried made these donations in such a way that they would appear to be coming from wealthy associates, instead of him directly.

“All of this dirty money was used in service of Bankman-Fried’s desire to buy bipartisan influence and impact the direction of public policy in Washington,” Williams said during a press conference.

A search for Bankman-Fried on the US Federal Election Commission’s website shows 213 donations since 2020, including a September 2020 contribution for $5 million to a pro-Biden political group, and another for $50,000 in October of that year to the “Biden Victory Fund.”

The vast majority of those publicly declared donations were allocated to Democratic groups or candidates.

But Bankman-Fried, who made several media appearances and statements over the last several months as FTX took on water, insisted during a November interview with cryptocurrency expert Tiffany Fong that he had “donated about the same amount to both parties.”

“All my Republican donations were dark,” he said, but “not for regulatory reasons.”

Reporters “freak” out over donations to Republicans, he said.

“They’re all super liberal, and I didn’t want to have that fight.”

For some of those political beneficiaries, the bill on the price for those donations has come due: The money donated by Bankman-Fried, though legal, now feels toxic.

Democratic Senator Kirsten Gillibrand of New York told the New York Post that she has given the money she received from Bankman-Fried to an organization working with marginalized communities.

The newspaper reported similar decisions by five other lawmakers, including four Democrats and one Republican.

But congressman Brad Sherman, a House Democrat opposed to cryptocurrency, recently told NBC that “the right answer” is giving the donations back to the FTX customers and investors through a bankruptcy trustee fund, “because it was never Bankman’s money.”

The nonprofit organization OpenSecrets, which works to demystify campaign finance, has calculated that Bankman-Fried ranked number six in top donors of the nearly $39.2 million in declared donations made during November’s midterm elections.

He becomes the number two donor when looking only at contributions made to Democrats, behind billionaire George Soros, who, via various avenues, gave more than $128 million to the party during the midterms.

The rules for US campaign finance — a complex scene which involves the exchange of billions of dollars each election cycle — depend on whether the money is given directly to candidates or raised through political action committees.

These so-called PACs — and super PACs, which are political entities that can accept unlimited contributions but can not spend directly on a candidate’s activities — play an important, if sometimes underground, role in US campaigns.

The political issue likely most top of mind for SBF, as he has come to be known? The still-nascent topic of regulations for the high-risk cryptocurrency market.
#Joe Biden