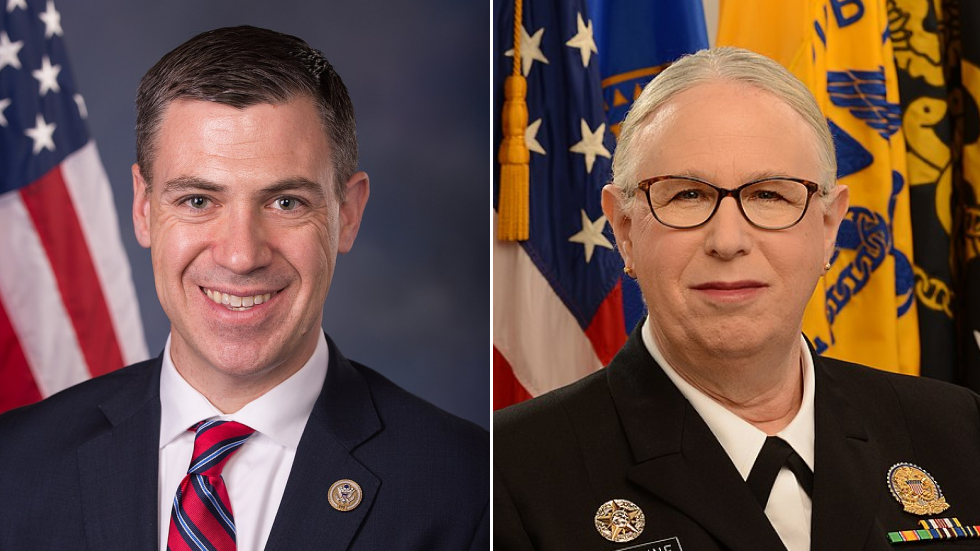 Two US representatives – Jim Banks (Indiana) and Marjorie Taylor-Greene (Georgia) – were censored by Twitter after arguing that transgender Admiral Rachel Levine should not be considered the first four-star female officer.

“The title of first female four-star officer gets taken by a man,” Banks, a Navy veteran who served in Afghanistan, said.

In a follow-up tweet, he added, “Calling someone that was born and lived as a man for 54 years the first ‘female’ four-star officer is an insult to every little girl who dreams of breaking glass ceilings one day.”

Banks’ congressional colleague, Marjorie Taylor-Greene, was also censored by Twitter for arguing that “a dude who lived the first 50 years of his life as a man isn’t the first female anything.”

Prior to being appointed a four-star admiral in the US Public Health Service Commissioned Corps (PHSCC) on Tuesday, Levine was appointed assistant secretary for health in the Joe Biden administration in March. Before that, Levine had served as secretary of the Pennsylvania Health Department.

Levine transitioned from a man into a transgender woman in 2011.