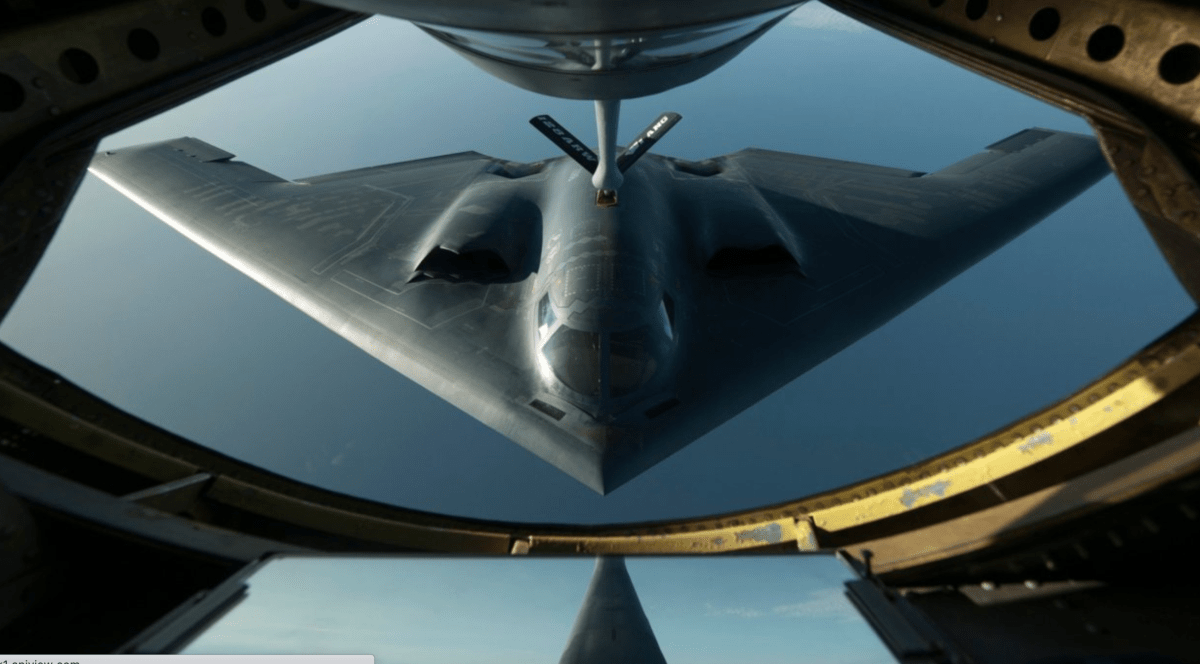 US researchers take stealth tech to a new level

The B-2’s ability to deliver such devastating weapons deep within the most well-defended airspace makes it a premium, highly specialized war machine without equivalent—at least until China’ develops a decent H-20 stealth bomber. Credit: US DoD.

Unless and until China develops its H-20 stealth bomber, America’s B-2 Spirit retains the ability to deliver devastating weapons deep within the most well-defended airspace, making it a premium, specialized war machine without equivalent.

A key aspect of the B-2’s low-observability are Radar Absorbent Materials (RAM).

According to The National Interest, the B-2’s skin is primarily made up mostly of non-conductive carbon-graphite composite mixed with titanium.

The most reflective areas, such as the intakes, flaps and leading edges of the wings, are sprayed with additional RAM coatings, which have been repeatedly tweaked over the years.

Furthermore, the skin is coated with an elastomer (an elastic, rubber-like poylmer) meant to “smooth away” seams, screws, or joints between different materials which might create a chink in its stealthy geometry.

Altogether, this technology and the B2’s peculiar shape, greatly reduces the aircraft’s radar cross section. Though most discrete from the front, the B-2 is designed to remain low-observable from all angles as it is intended to penetrate deep into enemy airspace.

However, with increasingly advanced aircraft employing these techniques, there are drawbacks.

In an attempt to improve on current RAM materials, a team from the North Carolina State University has developed a new ceramic-based coating that not only offers dramatic improvements in radar invisibility but will likely result in a whole host of improvements to the aircraft’s overall performance, Christopher Plain at TheDeBrief.org reported.

The B-2 Spirit’s swept wings measure fifty-two meters across — half the length of a football field — and its cockpit bulges from the surface like that of a 1950s-era sci-fi spaceship, contrasting dramatically with the jagged near forty-five-degree angles of its trailing edges. Credit: US DoD.

“If we get the support we need to scale this up, aircraft manufacturers will be able to fundamentally redesign stealth aircraft,” said Chengying “Cheryl” Xu, whose NC State research team developed the new, stealthy aircraft skin in a press release announcing their results.

“The material we’ve engineered is not only more radar-absorbent, but it will also allow the next generation of stealth aircraft to be faster, more maneuverable, and able to travel further.”

Presently, stealth aircraft like the F117-A Stealth Fighter or the B2 are already covered in a sheath of radar absorbing polymers that, according to the NC State team’s research, typically absorb between 70% and 80% of the energy from tracking radar.

Still, these materials have some drawbacks, with two right at the top of the list.

First, they are relatively fragile and can be easily damaged by exposure to salt, moisture, or pretty much any abrasive materials.

In some cases, this means the stealth material is rendered less effective, and in others, such damage may cause that material to flake off completely.

Second, most advanced, stealthy polymers degrade at temperatures above 250 Celsius, a heat level not uncommon to aircraft engines and high-performance control surfaces.

“There are two places on a jet that can get particularly hot,” the press release announcing the results states.

“For supersonic aircraft, one of those places is the leading edge of the wings. As a wing’s edge strikes oncoming air at high speeds, it generates a tremendous amount of friction. This can create hot spots on the wing’s edge “in excess of 250 C.” 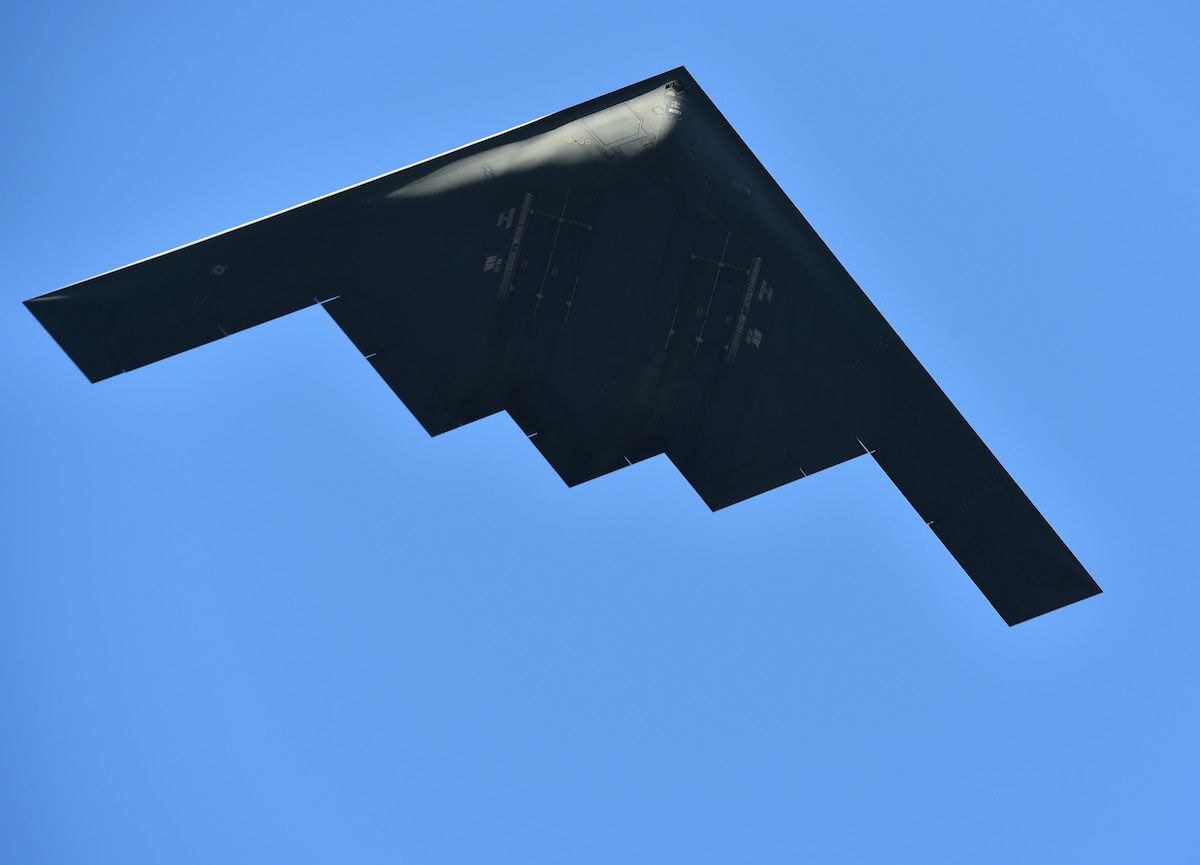 According to the research, this extreme heat has forced designers to adapt the shape of the wing, often resulting in reduced stealth, maneuverability, and even range.

As previously noted, heat damage also comes into play at the rear of the plane, where exhaust from the engines consistently reaches temperatures above 250 C.

Until now, designers had to compensate by adding extra-long exhaust nozzles to direct that heat away from the craft. Unfortunately, like the adaptations made to the wings, these changes also adversely affect the aircraft’s performance.

With all of these limitations in mind, and with support from the Office of Naval Research, the National Science Foundation, and the State of North Carolina, Xu and her NC State team looked into a category of materials already well-known for their ability to manage extreme heat; ceramics.

Surprisingly, they found that these materials were also ideally suited for absorbing radar.

“For one thing, lab testing finds that the ceramic is more radar absorbent than the existing polymers, being able to absorb 90% or more of the energy from radar,” the press release notes. “It is, in effect, much harder for radar to ‘see.’”

With results described in detail in a trio of studies published by the NC State team in the journal ACS Applied Materials & Interfaces, the researchers point out that ceramics are also much more resistant to the harmful effects from the air, water, heat, and even things like sand, which can all do significant damage to current polymer-based materials.

They also note that the ceramic material they used “retains its radar-absorbent characteristics at temperatures as high as 1,800 C (and as cold as -100 C).”

When highlighting the speed of application for their material by stating that “this process takes one to two days,” Xu also highlighted the ease of application.

The ceramic can be applied to the surface of the entire aircraft, and its combination of toughness and temperature resilience would allow aerospace engineers to design aircraft that are not constrained by the fragility of the polymers used by earlier generations of stealth vehicles.

In fact, applying the ceramic “skin” is fairly straightforward.

A liquid ceramic precursor is sprayed onto the surface of the aircraft. And as the liquid precursor is exposed to ambient air, it undergoes a series of chemical reactions and is converted to the solid ceramic material.

Thus far, the NC State team’s process has only been applied in a laboratory setting, and due to their limited budget, they have yet to try it on a full-scale aircraft. But according to Xu, that may be about to change.

“We recently secured funding from the Air Force Office of Scientific Research that will allow us to produce and test much larger samples, so that’s what we’re working on now,” she said.

“Ultimately, we are hoping to work with industry partners to scale this up and begin work on the next generation of stealth aircraft.”

Still, given the new funding and the immediate need by 21st-century military forces, it may only be a matter of time before ceramic-covered jets are flying overhead.