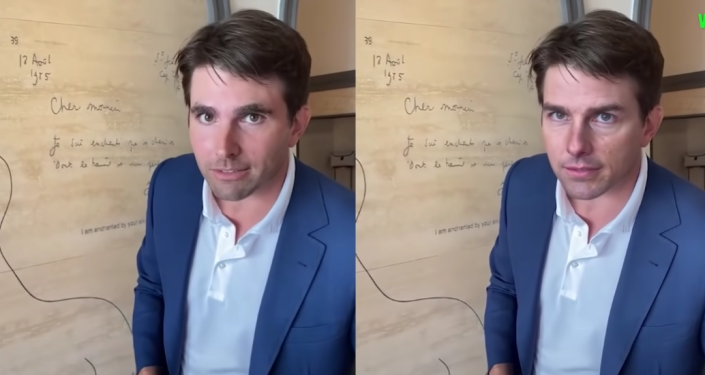 Belgian visual effects specialist Chris Ume's TikTok account "DeepTomCruise" has amassed more than 1.1 million likes and over 330,000 followers in less than two weeks. The viral attention of the account using US actor Tom Cruise's likeness has sparked concerns over the future of synthetic media and artificial intelligence (AI).

Amid newfound fame, Ume premiered a new video on YouTube Friday, giving users a behind-the-scenes peek at how he, and Cruise impersonator Miles Fisher, went about the impersonation project.

The brief clip begins with an introduction delivered by Fisher, portraying Cruise, and shows highlights from videos originally published on TikTok, side-by-side comparisons, and cutouts showing the deep-fake production process.

However, the Belgian VFX specialist also spoke with several outlets this week regarding the creation of his deep-fake videos and his view of synthetic media.

In an interview with The Verge he revealed that every deep-fake took several weeks and was produced using an open-source DeepFaceLab algorithm and video-editing software.

"You can’t do it by just pressing a button,"

The VFX specialist explained to The Guardian that the project came about after he helped create a fake 2020 campaign video for Fisher.

"A month later, he contacted me again, and said: ‘Let’s make a funny video … I’ll film myself in my garden and then you just make me look like Tom Cruise,'" he said.

"I’d like to show people the technical possibilities of these things. I don’t intend to use it in any way where I would upset people – I just want to show them what’s possible in a few years," Ume told the outlet.

The VFX specialist also suggested the implementation of "laws to help with the responsible use of AI and deep-fakes."

Interestingly enough, the real Tom Cruise has made his own TikTok since the viral deep-fakes went viral. As of this article's publication, the account has no content, but has been verified by the social media platform.